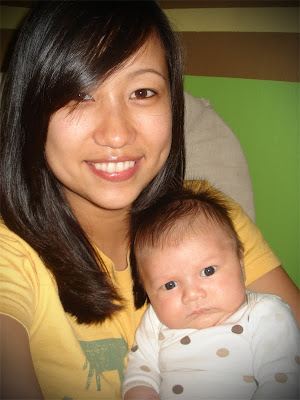 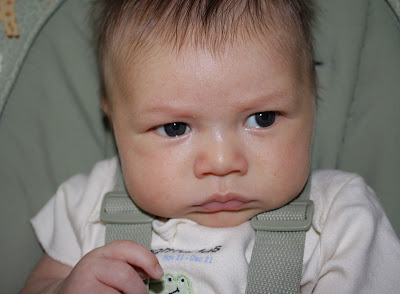 One of Nathaniel's many faces 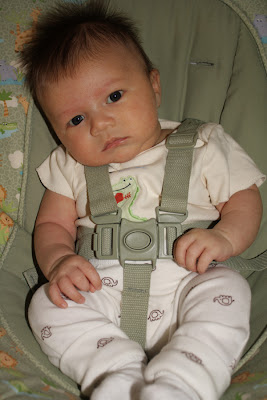 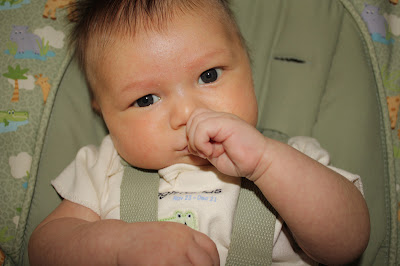 I have a secret! 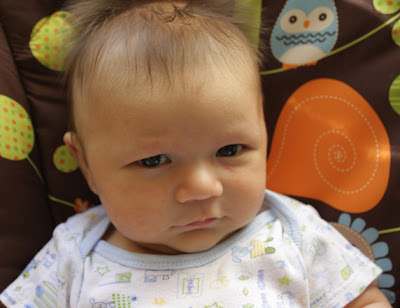 How many times are we going to see this look in our lifetime? :) 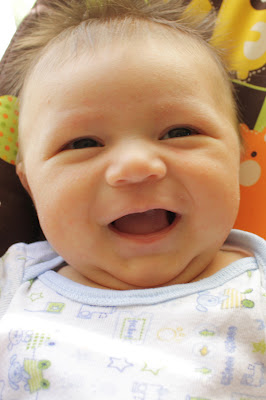 For now, we can only get Nathaniel to smile once. I can't wait till he starts smiling in a row and eventually to hear his laugh!
P.S. He looks like a cabbage patch kid with his hair in this picture :P 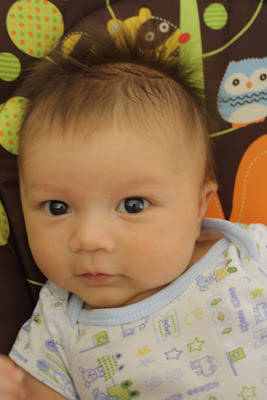 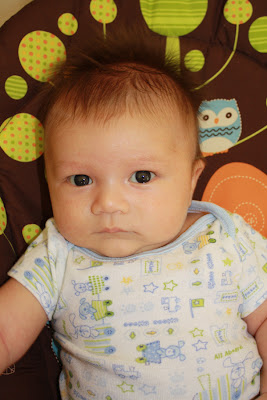 A friend commented that Nathaniel looks like he is taking his picture in here. Dean says, "Yea, he's that awesome!" 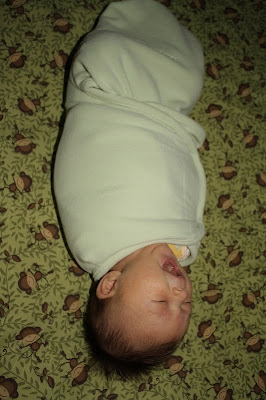 Nathaniel takes multiple mini morning naps. He usually takes three to four 30-45 minutes nap before taking a "long" one. Yes, very exhausting! And I never know when the long daytime nap is going to happen so who knew cooking lunch or dinner could take three to four hours? :) 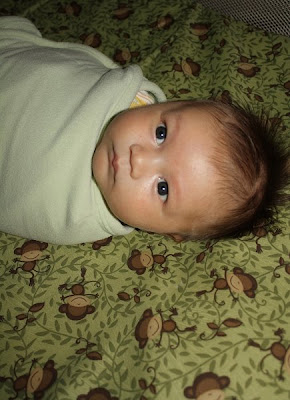 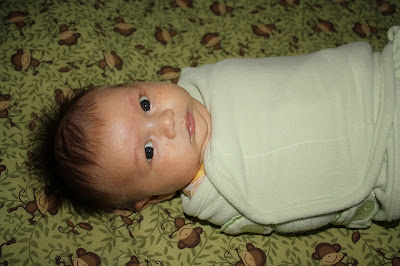 Please let me out, Mama!