By Diana December 28, 2010
Nathaniel's first birthday party was last Wednesday. Even though we had a little get together on his actual birthday a week earlier, we still wanted to have a little party for him to celebrate his birth with our family and friends.

(He was originally wearing his Daddy's old sweater and I realized too late that someone had taken it off. Now, wouldn't it be hilarious if he really did become a quarterback in the future?) 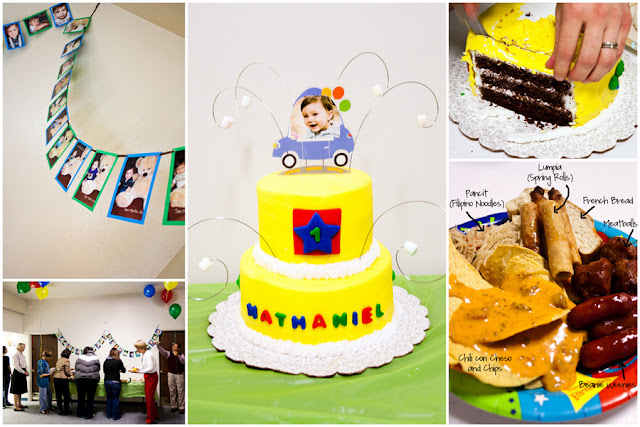 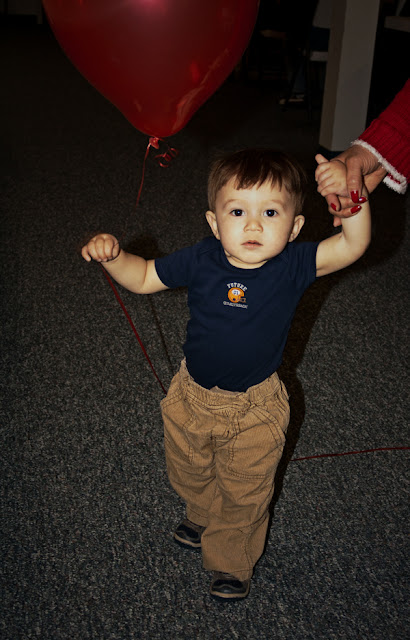 The Guest of Honor 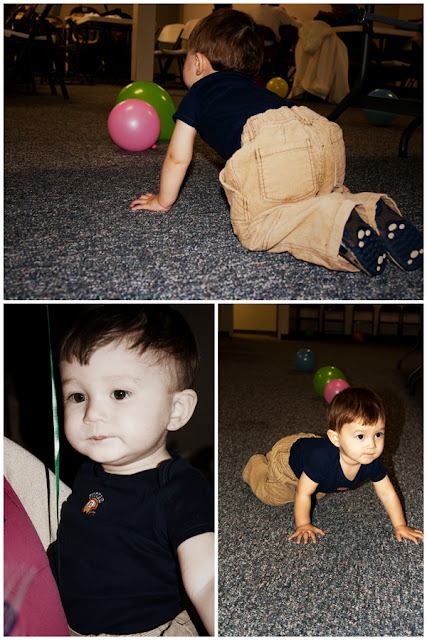 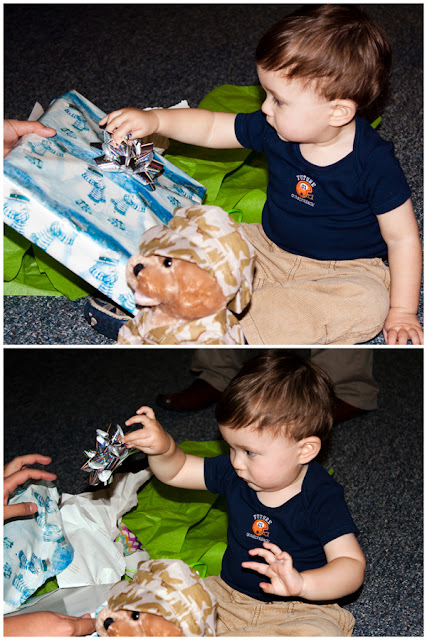 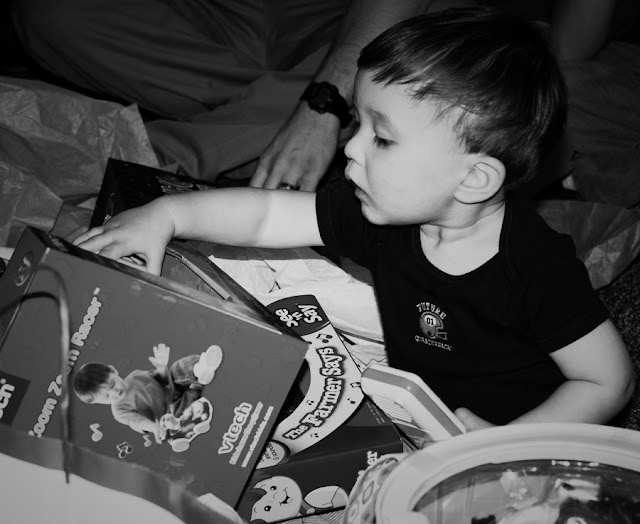 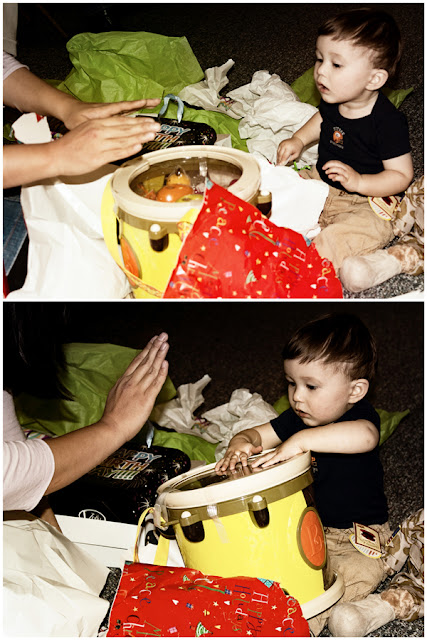 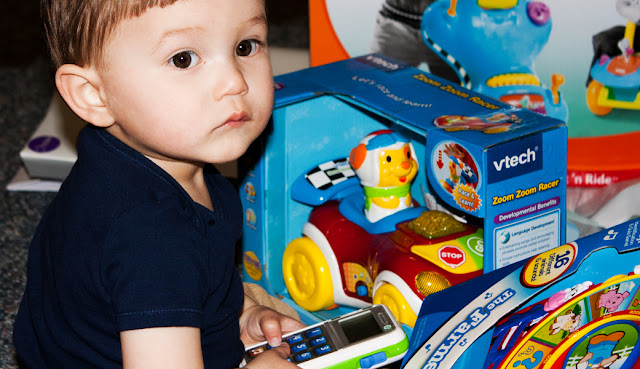 Luckily, my husband does not get charged luggage fees.