By Diana December 13, 2010
The last few days have been very hectic. My husband's maternal grandmother was rushed to the hospital last Wednesday evening due to shortness of breath and what I assumed would be for chest pain too. After several tests, the doctors performed a triple bypass surgery the next morning. Thankfully, the blockage in her coronary arteries were discovered before a massive heart attack happened. The road to recovery is long and hard but she is doing very well and was actually already moved to a step-down ICU last Saturday. God is so very good!

Our base housing had a Winter Wonderland family event last Saturday. It was pretty ironic since the weather was warm and sunny and we were wearing short sleeves. 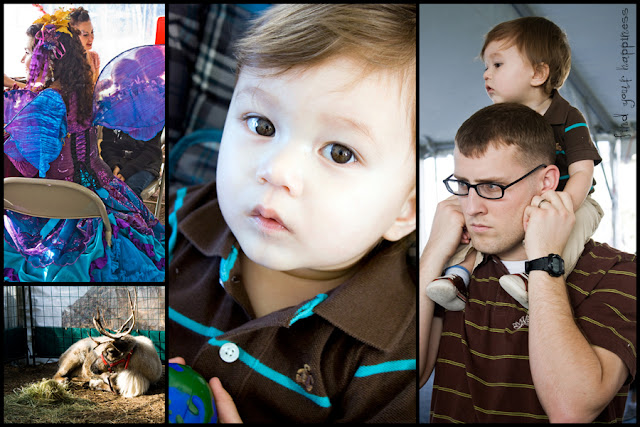 There were tons of foods, face painting, reindeers, Santa, petting zoo, pony rides, and snow. We didn't take a picture with Santa since Husband's detachment was having a Christmas party the next day and Santa will be there too. Nathaniel was too young to ride a pony and we decided to pass on the snow since we will all have plenty of opportunity to play with fresh real snow in less than a week :) 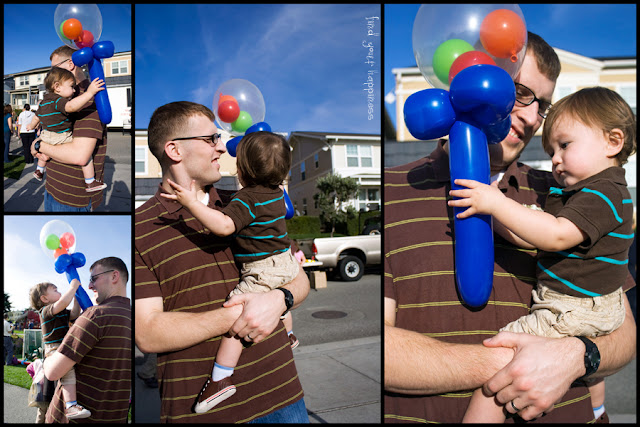 We ended up waiting in line for almost an hour to get this "rattle" balloon but it was worth it. Nathaniel is a big fan of balloons and we always have one in the house that he can play with. Nathaniel enjoyed petting the chickens, rabbits, and baby goats (or I guess that would be kid) as well. He is such an animal lover even at a young age, which makes us very happy.
﻿