By Diana January 11, 2011
Nathaniel and his cousin had two consecutive sleepovers during our stay in Indiana. The boys stayed up way past their bedtime, played until they were exhausted, and were not corrected as much when they misbehaved because after all, they were at Lola's (grandma in Filipino) house---and whatever happens at Lola's house, stays at Lola's house. 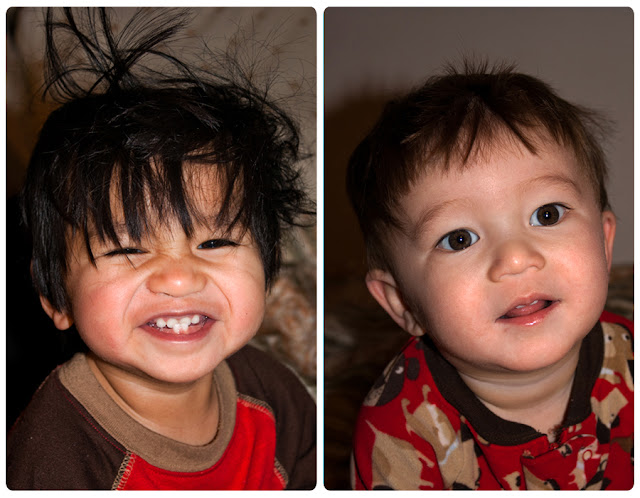 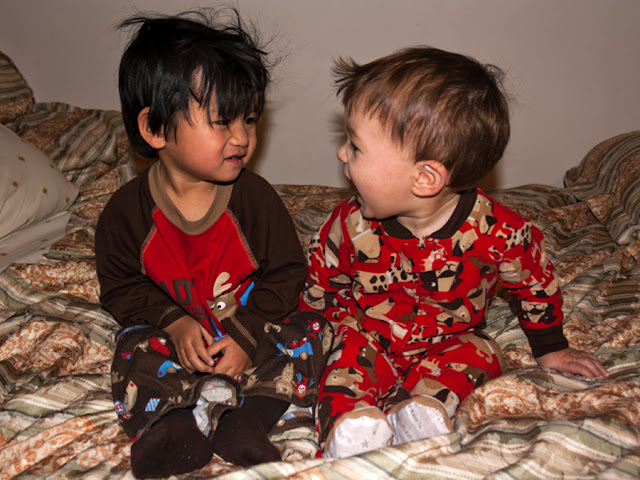 Growling together because apparently it's fun and very amusing 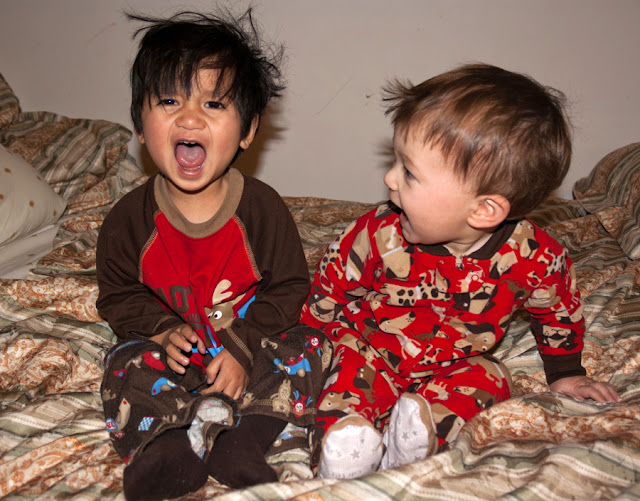 Then they started to torture bother Spencer (my mom's dog)﻿

and jumping on the bed. Technically just Daniel because Nathaniel can't jump just yet but he thought it was hilarious. 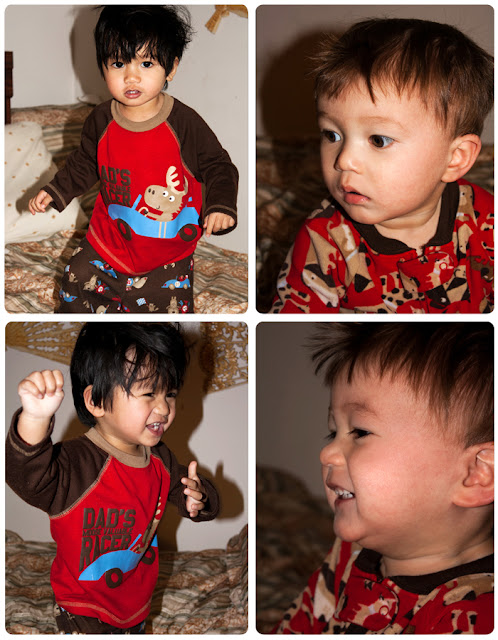 Then they tried to climb the headboard 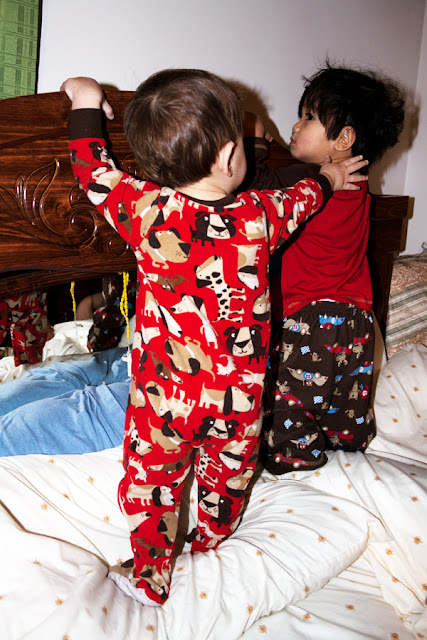 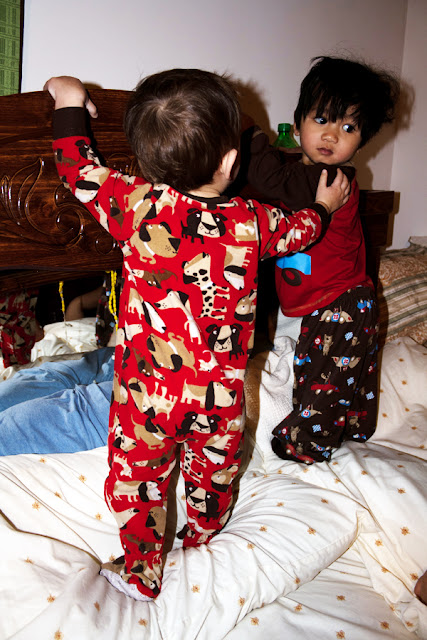 Do I even want to think about the troubles these two are going to cause/get in to when they are older?