By Diana January 19, 2011
We went through the entire first year with no fever, cold, flu, or ear infection. And now, we cannot seem to catch a break. Nathaniel woke up yesterday covered in rash. I gave him Benadryl and although it helped a little, it never completely got rid of the red bumps. By later in the afternoon, the rash has spread from his belly to his entire body. It doesn't seem to bother him (except maybe he's crankier than usual) but I went ahead and took him to see his pediatrician in case it is something more serious. 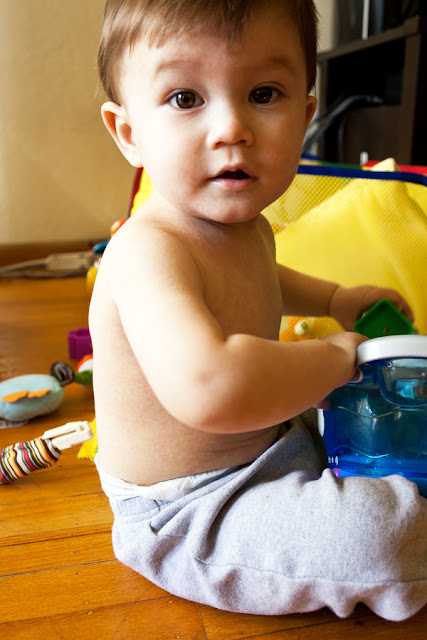 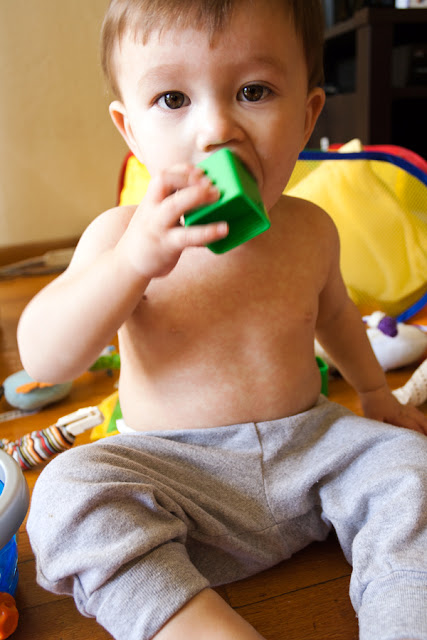 His pediatrician thinks Nathaniel has one of the two things: Roseola virus, which is quite common to young children; or it's an allergic reaction to Amoxicillin, which he was taking for his ear infection. 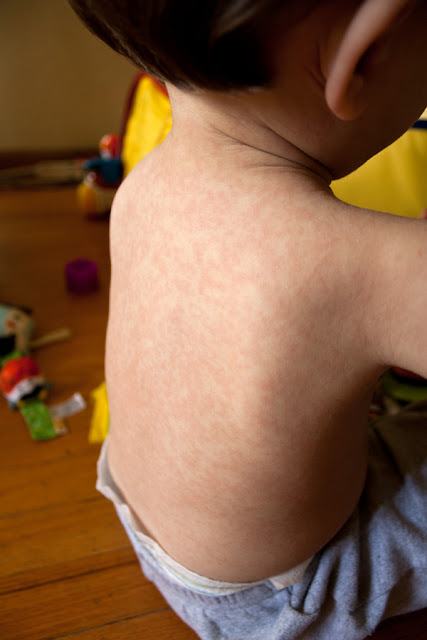 I sent this picture to my sister (pediatric neurologist) and she said the same thing. 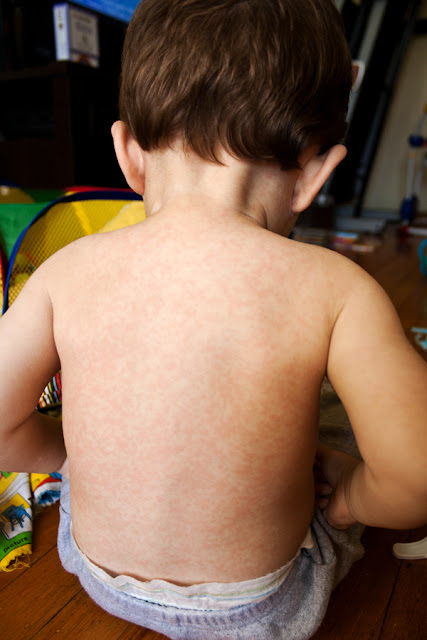 Just to be on the safe side, his pediatrician recommended we stop the antibiotics now instead of doing the entire ten-day treatment. His ear has already cleared up anyway so hopefully the infection is completely gone, too. 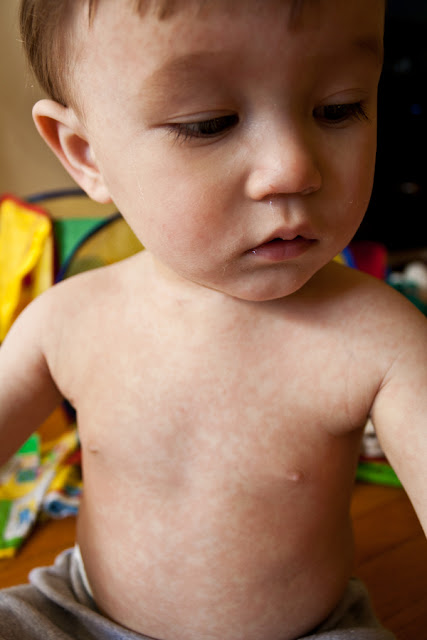 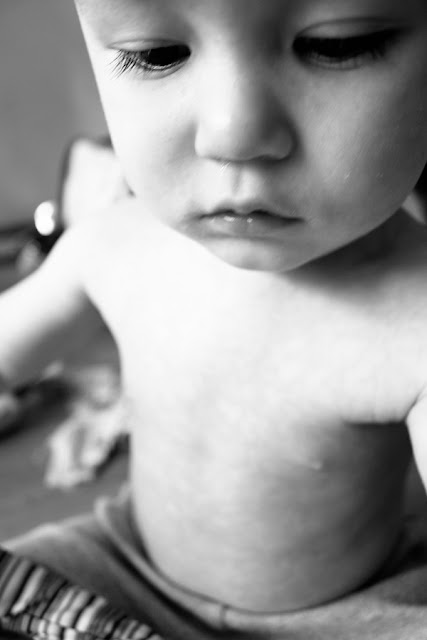 When he is healthy, Nathaniel is going to be referred to an Allergist to rule out whether this rash is really from taking the antibiotics. I'm glad our pediatrician didn't automatically put down penicillin-type antibiotics as an allergy because that will eliminate so many medication for him in the future.