By Diana July 08, 2011
We went to the Abilene Zoo over the Fourth of July weekend. It was a very small zoo---we visited the entire place in less than three hours! But I loved how close we were able to get to the animals. I also didn't take very much photos because it was bright and I still have yet to learn the proper camera settings for this lighting. But mainly, because it was super hot. 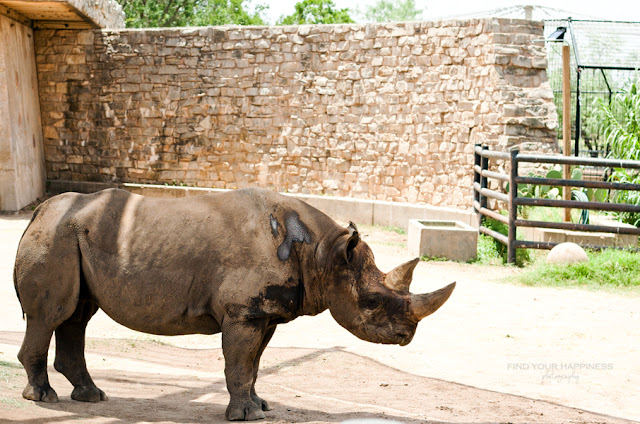 This is probably common knowledge to most people but I didn't know Flamingos get their pink feathers from their diet: shrimp. That's a lot of shrimp eatin'! Oh, and Hubby spent five minutes "talking" to one of the flamingos. Dean mimicked the sound and the flamingo kept responding back. 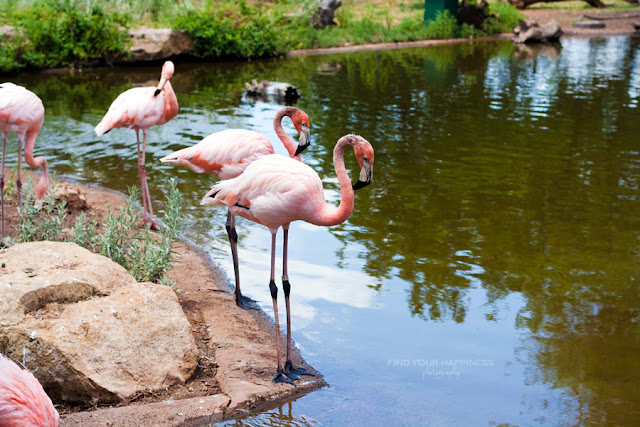 What's really awesome about this zoo is we were able to feed the giraffes. I've fed giraffes before at the Indianapolis Zoo but not like this! 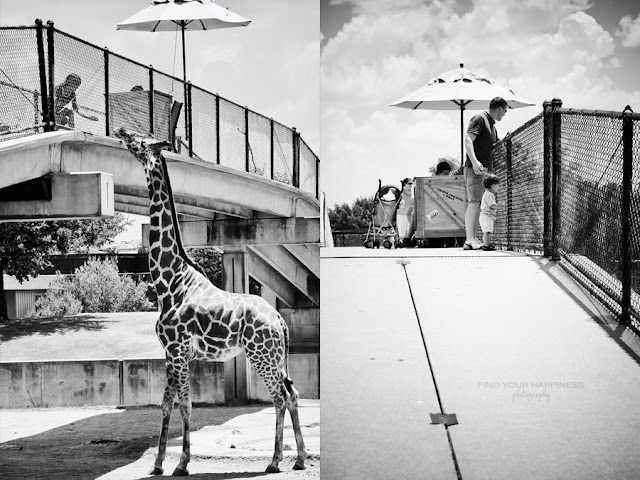 We were soooo close and you can pretty much feed them as long as you don't run out of crackers and they are willing to eat. 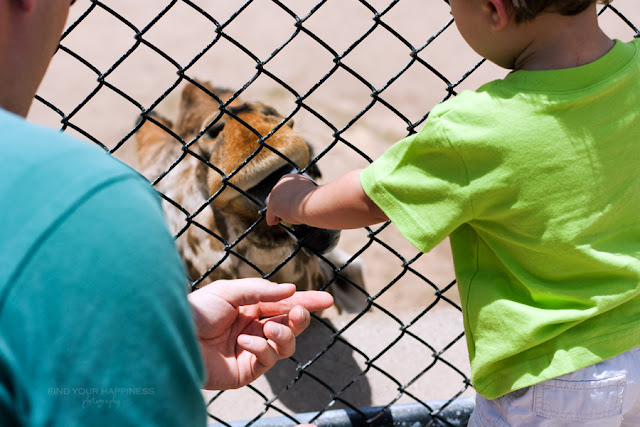 Nathaniel only fed the giraffe one cracker before he decided he was done. I guess he didn't like being licked by a huge, slobbery tongue! 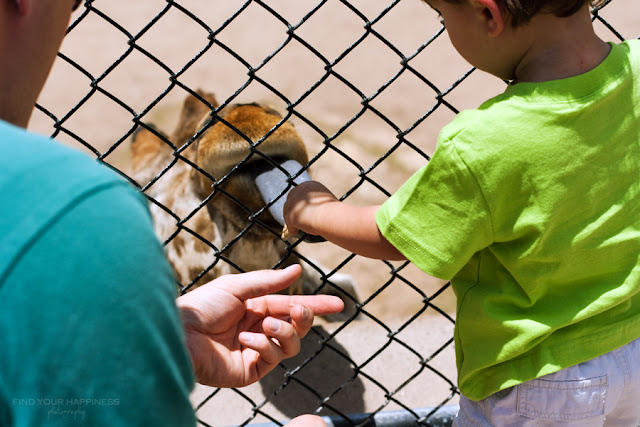 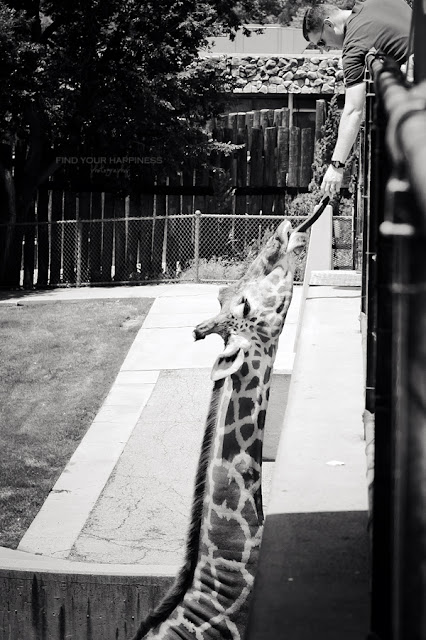 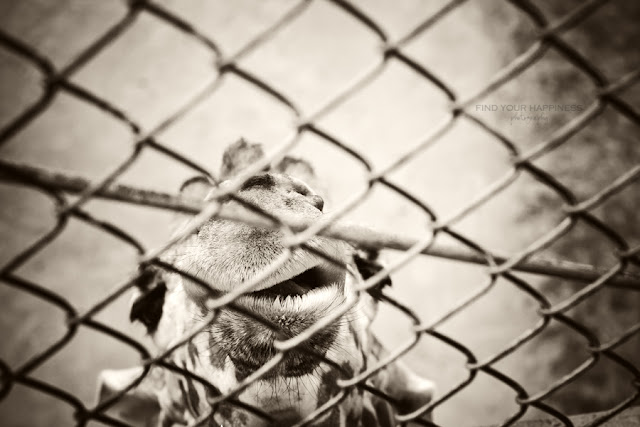 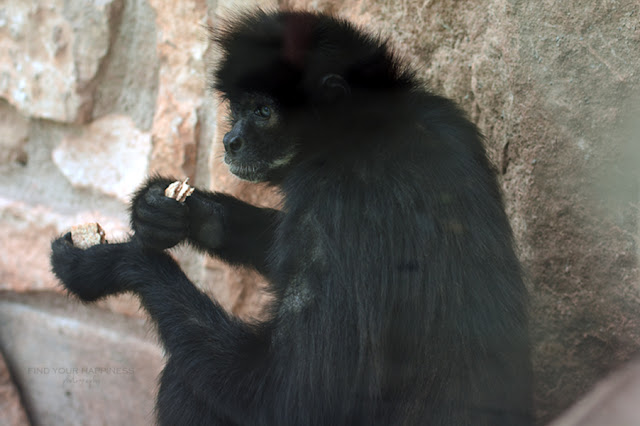 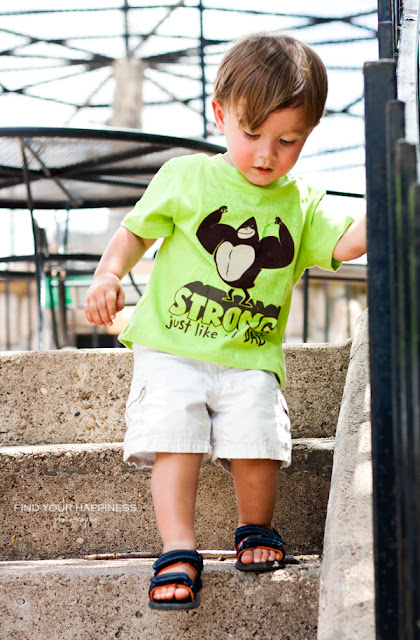 This bird (among with many others) was free to fly and move around in the room with us. I used my 50mm lens so you bet I was really that close! 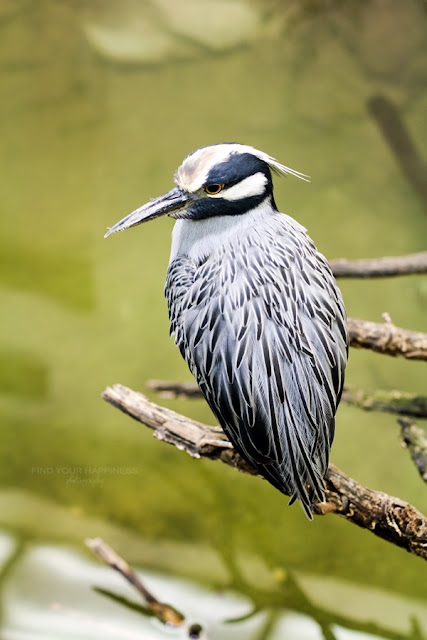 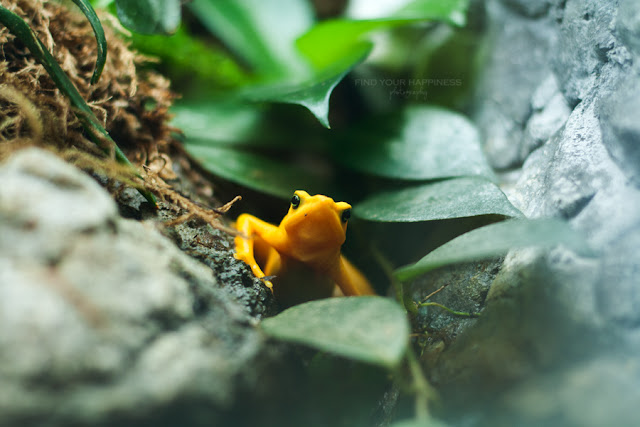 We saw more animals but most of the big animals were asleep or in the shade because it was hot. So we stopped by to see the flamingos again before riding the train. 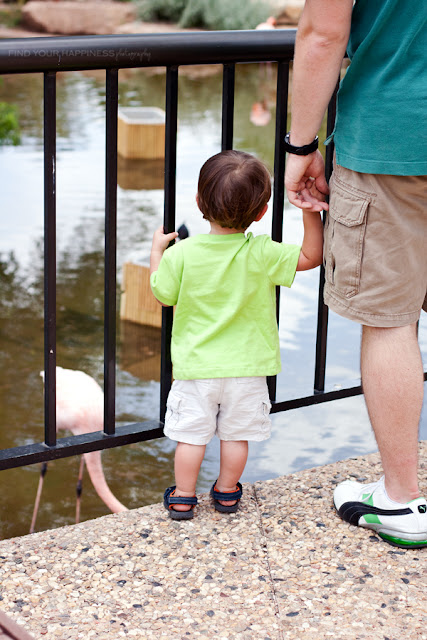 And I'm glad we rode the train because the bear and jaguar decided to make an appearance then. I was really hoping Nathaniel would see them up close. He is really starting to learn animal sounds and associate the sound with a live animal, not just by asking him or through pictures. Maybe next time!