By Diana August 11, 2011
Nathaniel is definitely NOT a picker eater---and for that we're very grateful! Ever since he started eating solids at six months old, he started eating adult "table food." He hated the taste/texture of baby food and so I had to cut our food to the littlest pieces just so he can eat them safely. 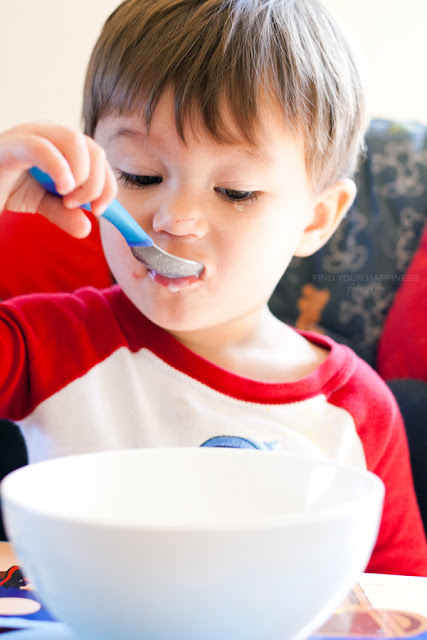 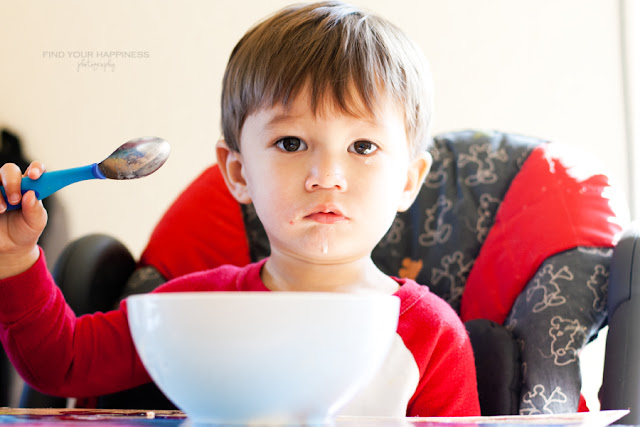 I am also enjoying this independent stage. I love that he is now able to feed himself. I used to stuff myself eat super quickly because I have to feed a hungry infant, too. Or eat after everyone is finished, which means I'm super duper hungry and I eat alone. 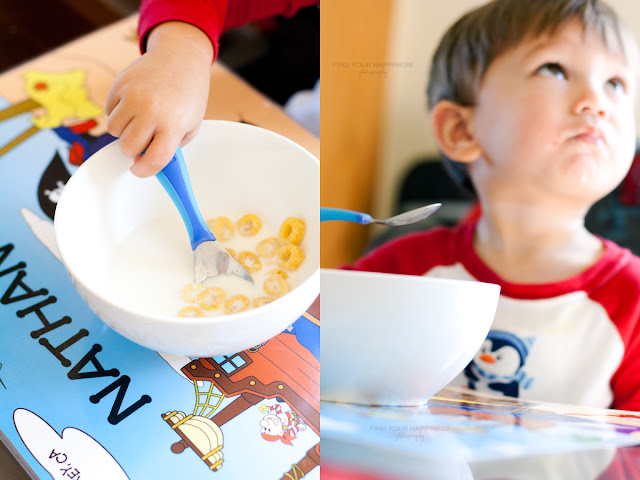 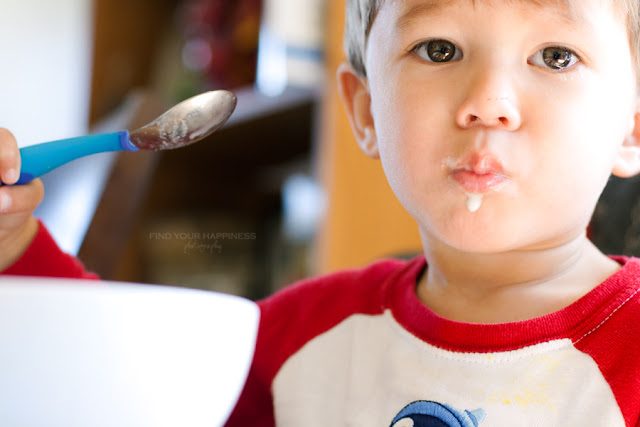 But now, I just put a pretty big size of food on his plate and off he goes. He even knows how to drink the milk in his cereal bowl! I bet you can pretty much guess who he learned it from. *cough* Hubby *cough* 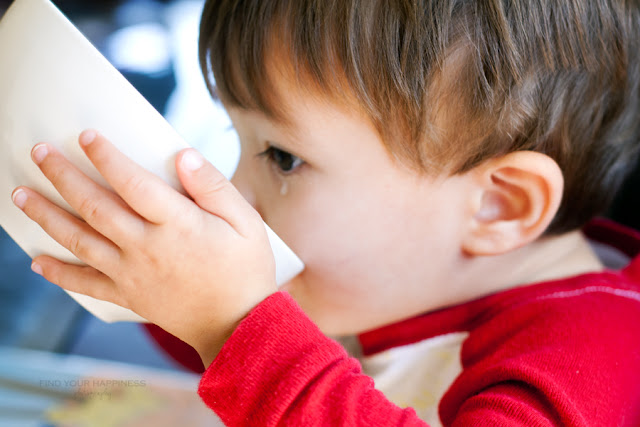 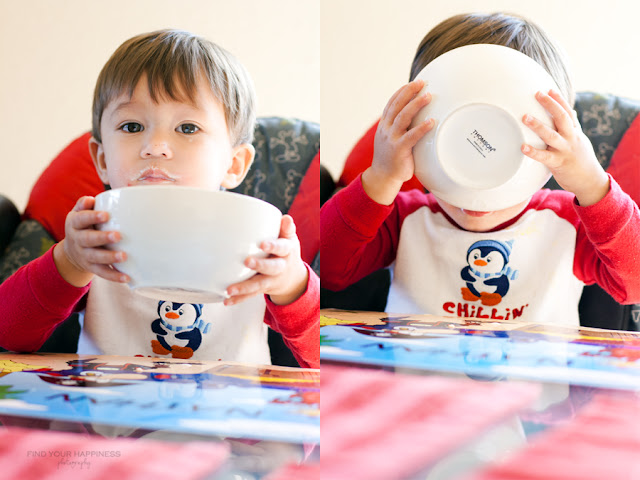 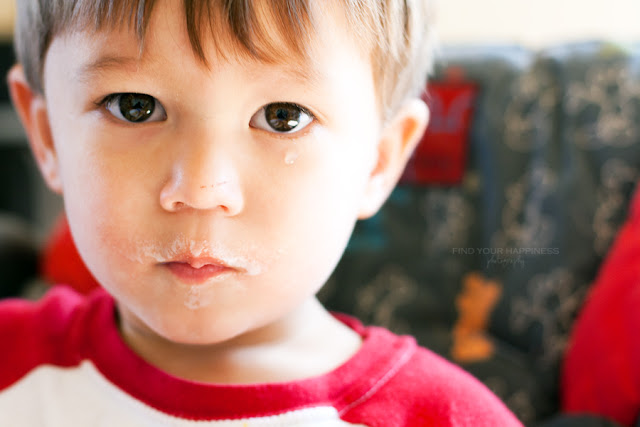 And although I already gave him half of what I normally eat, he asks for more. 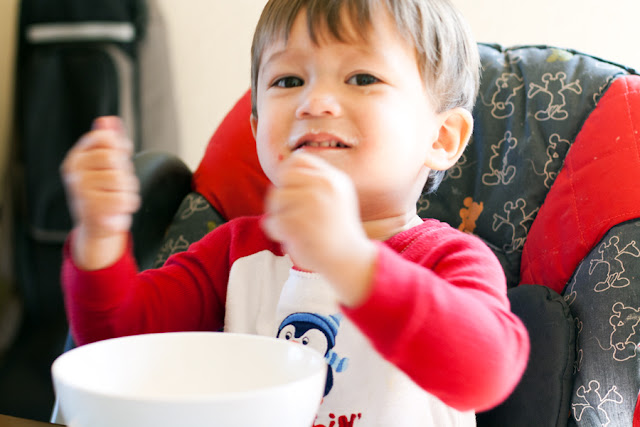 He was starting to get pretty irritated with me in the above photo because I already acknowledged his "more" sign and yet I'm still taking pictures instead of getting more milk and cereal. 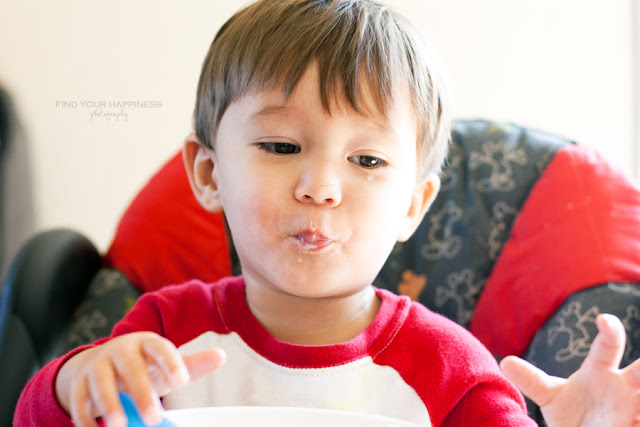 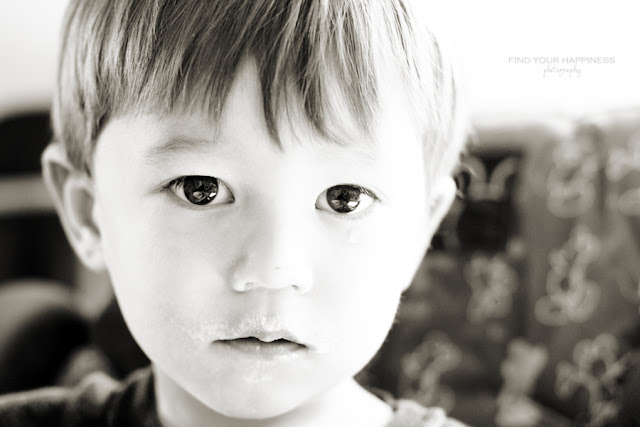