By Diana September 02, 2011
Dean was promoted to Corporal yesterday! This is a big step in his career since Corporal is the first rank to becoming a Non-Commissioned Officer. It means more responsibilities but also more respect from his peers.

I had the chance to not only witness this event but to document it as well. 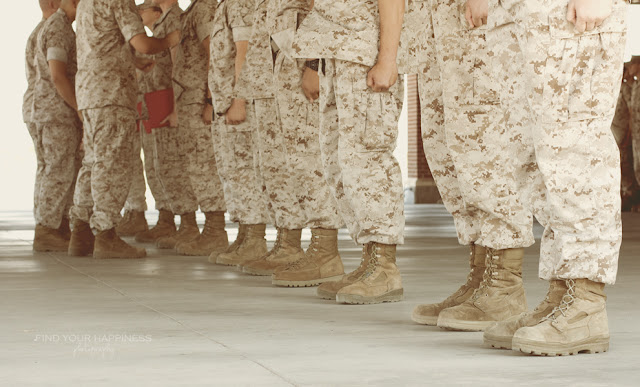 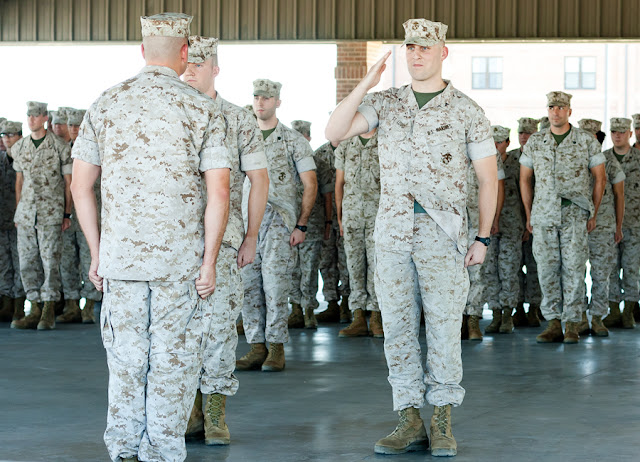 The commander of the detail apparently messed up the salute.
(See the shock/disbelief on the Staff Sergeant's face on Hubby's right) 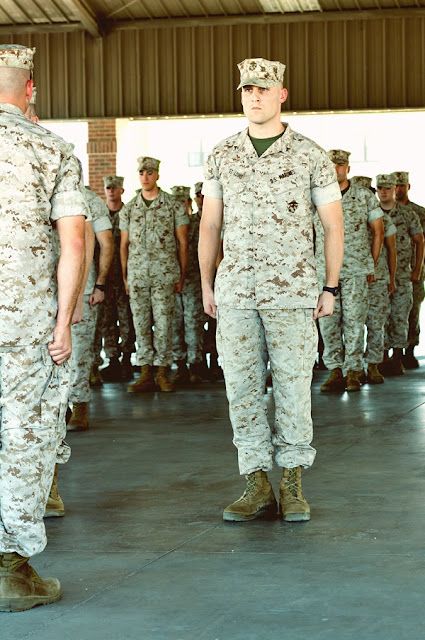 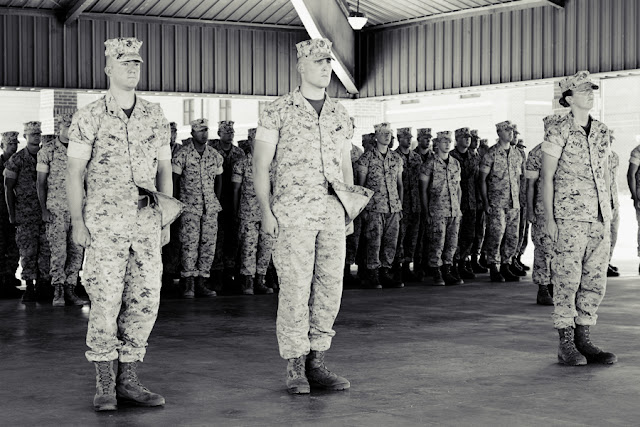 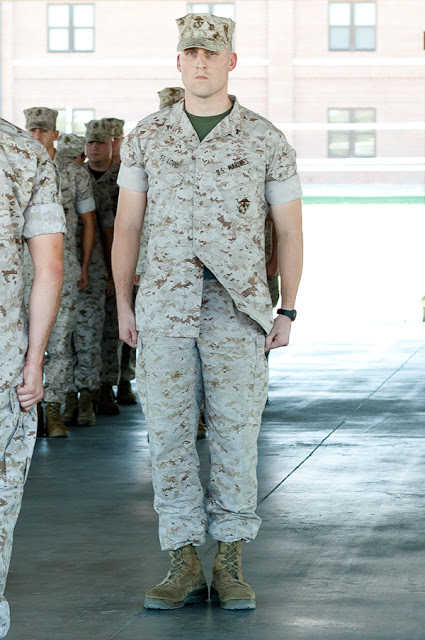 It is a tradition to ask a Marine(s) (typically of higher rank), who have been influential to this point in your career, to pin you during the ceremony. Dean asked Sergeant Topping and Staff Sergeant Alaniz to pin him. 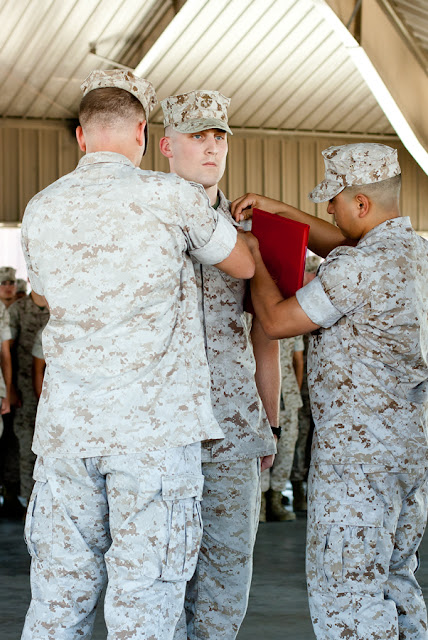 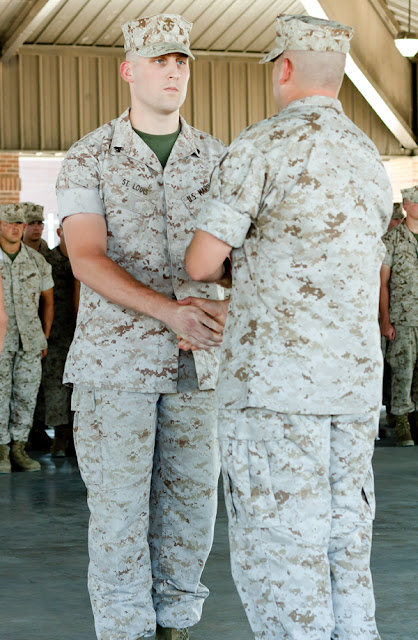 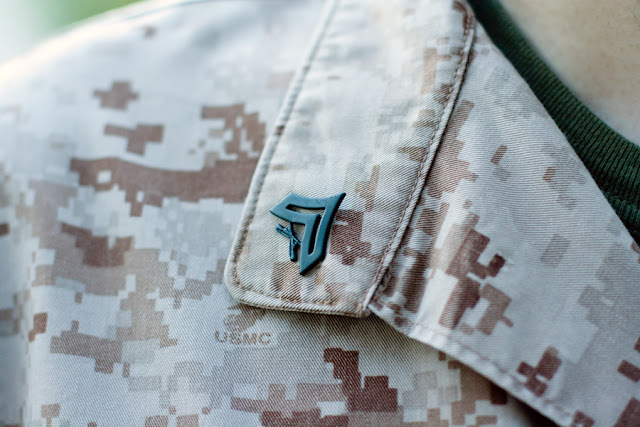 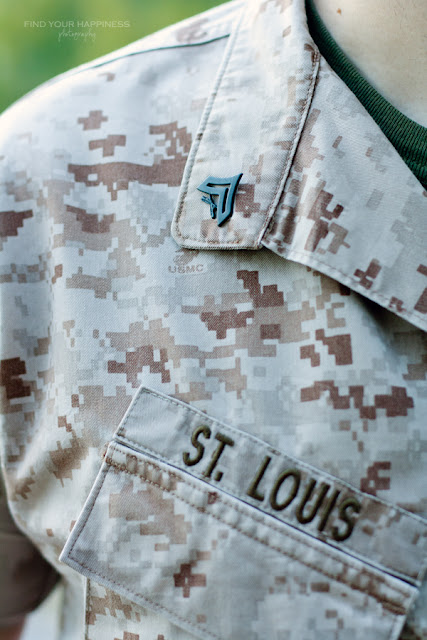