By Diana January 29, 2012
Whenever Nathaniel sees me pull out my camera, he purposely looks away. He started doing this when he turned a year old and ever since, it has been a task getting him to look at the camera. I'm guessing it's because I've been taking his picture since he was born and he is just over it.

The following pictures really depict what I'm trying to say. We were at Lowes and Nathaniel insisted upon wearing his Dada's hat while driving the car cart. It's a memory I want to preserve so I took my camera out to snap a picture. 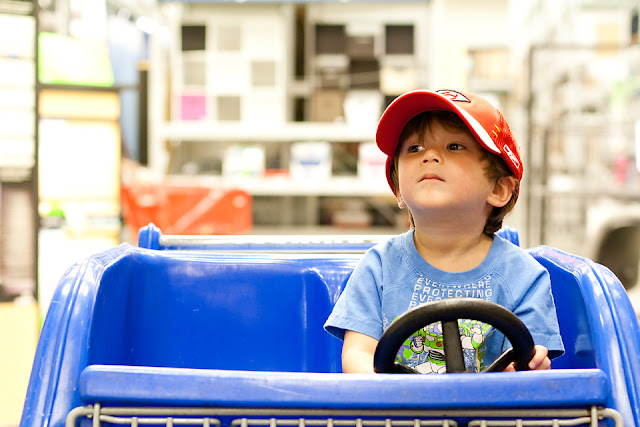 He sees me pull out the camera and he gave me this look. 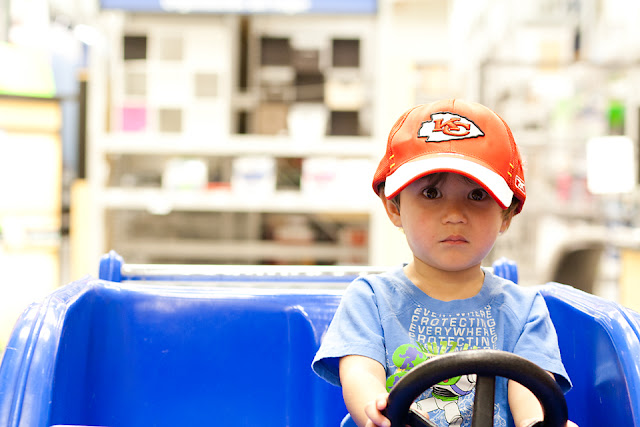 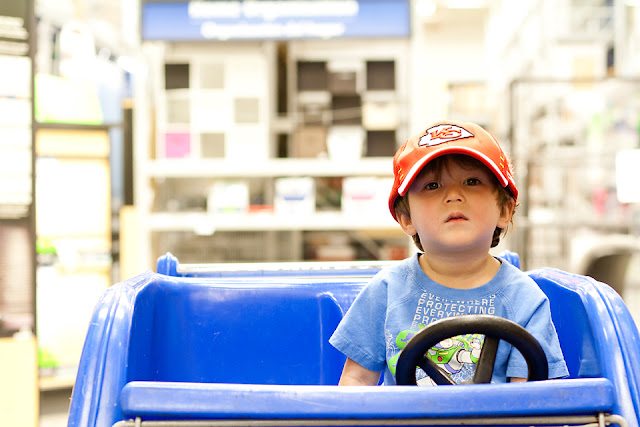 I continued to call his name and asked for a smile and he pretended not to hear me. 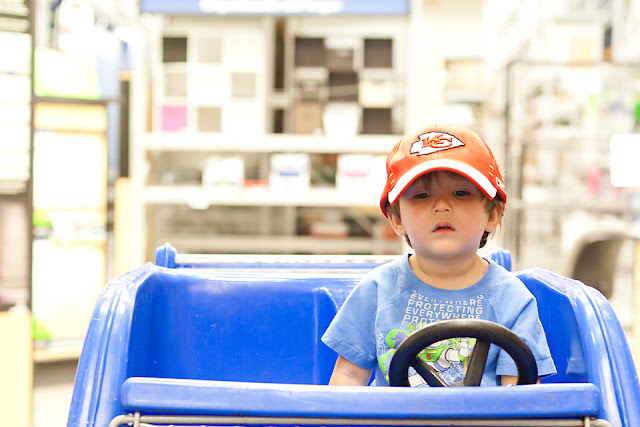 I put the camera away for a second so he resumed playing. I'm pretty sure this is considered as reckless driving. 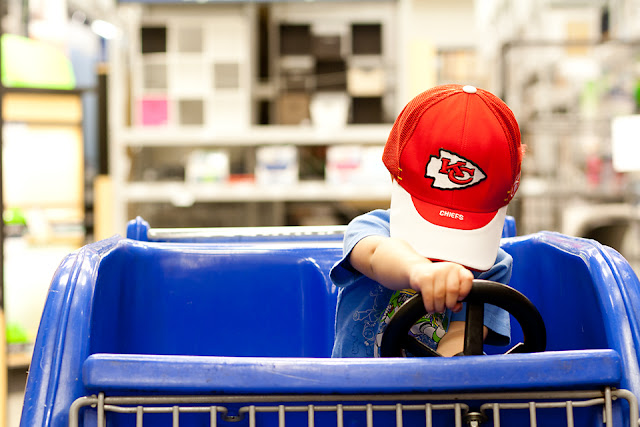 He fixed his hat and I managed to get a little grin. I realized that's the most I will get out of him so I called it a day. 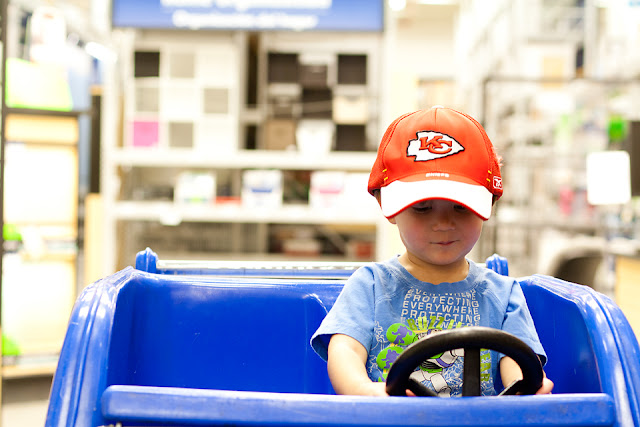 I cannot wait to have a little girl. I'm sure she will love having her pictures taken :)