By Diana April 06, 2012
Last year, one of my favorite bloggers and amateur photographers posted a Good Friday tradition in their family. It consists of making a salt dough to symbolize Jesus' tomb and placing Him there on Good Friday (today). Tomorrow, we'll go check to see if Jesus is still there (and He will be) and then again on Sunday. Jesus won't obviously be there because He has Risen! 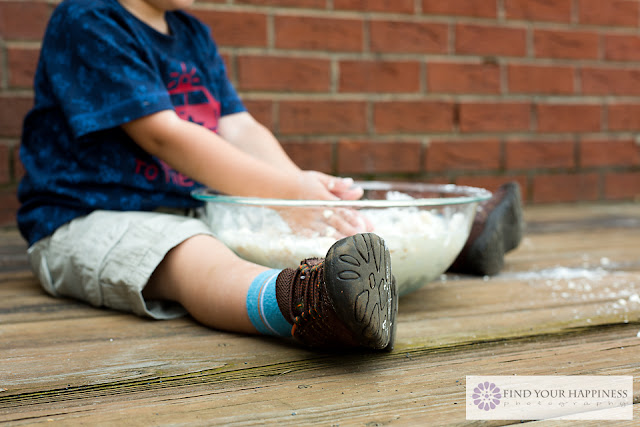 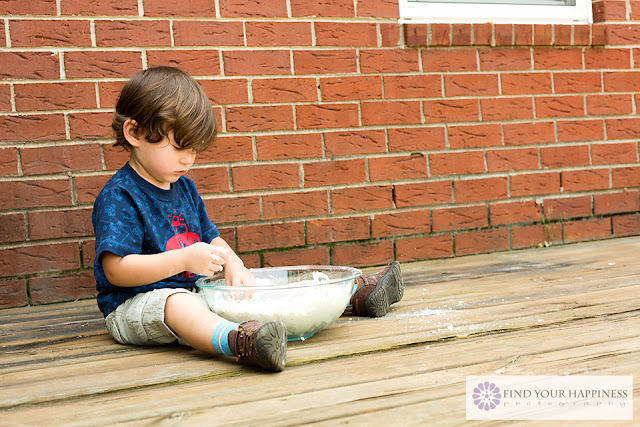 Nathaniel is obviously still young to fully understand the concept but you can't deny that it is still a lot of fun. He rolled the salt dough into logs and said they were snake. He also tried to eat it and quickly realized it's not good eats (all four ingredients are safe and natural!). Even our dog Riley joined in on the fun! 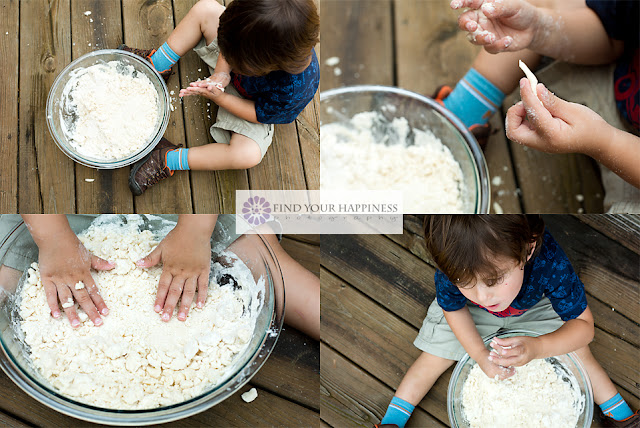 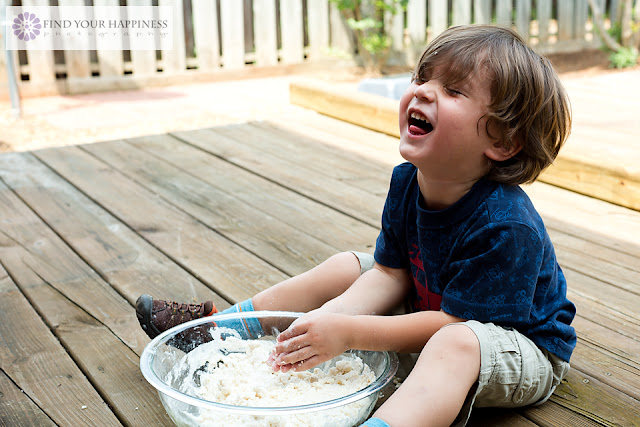 And it's never really early to teach a child about one of the most important things in Christianity: Christ's death for the salvation of our sins! 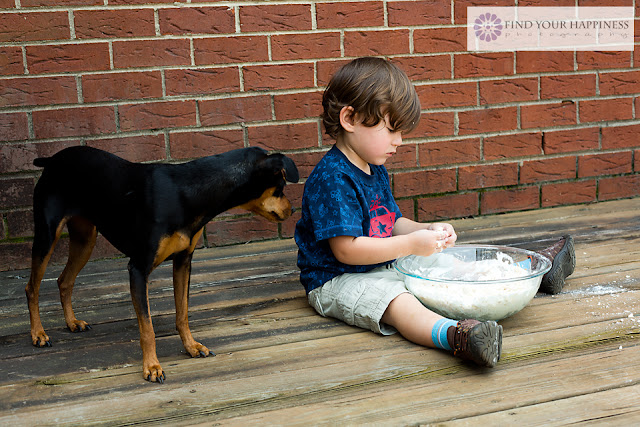 Four hours of slow, low heat baking later (well technically, three days for us), we painted the salt dough tomb. And Nathaniel enjoyed this part of the craft even more. 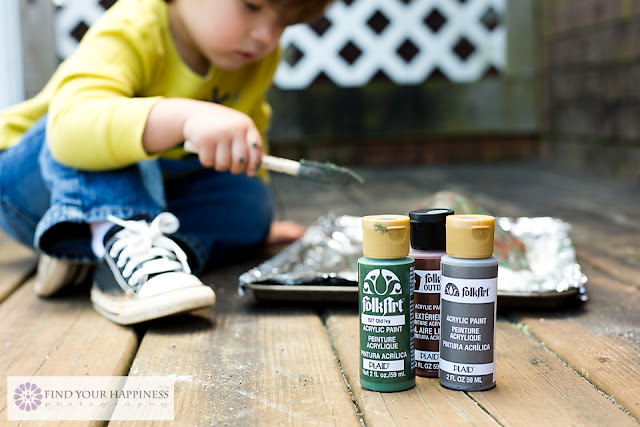 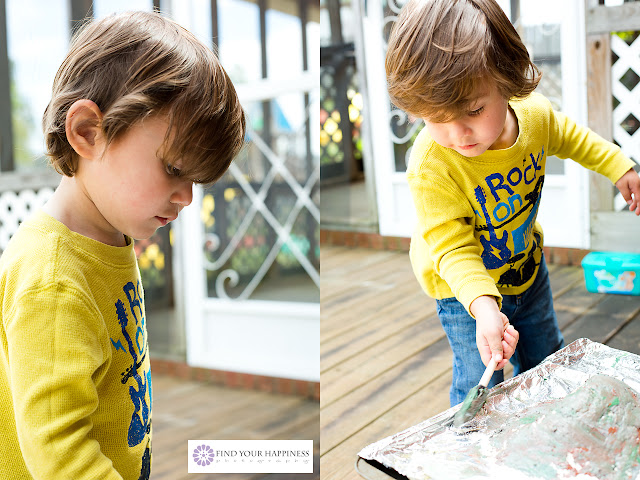 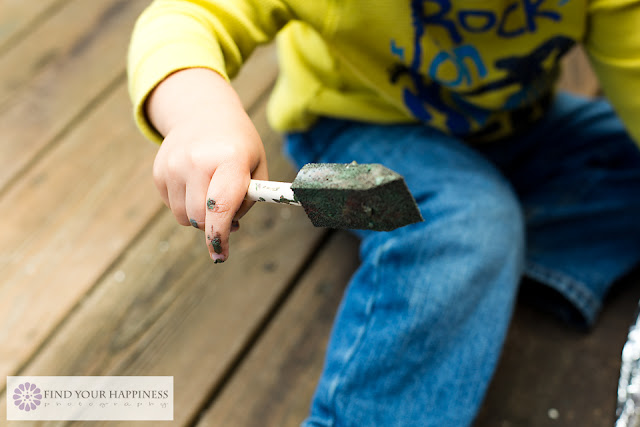 And then pretty soon, he discovered how much fun it is to stack the paint containers. That is a pretty impressive stacking skills, don't you think? And it's good to know he's developmentally on track :) 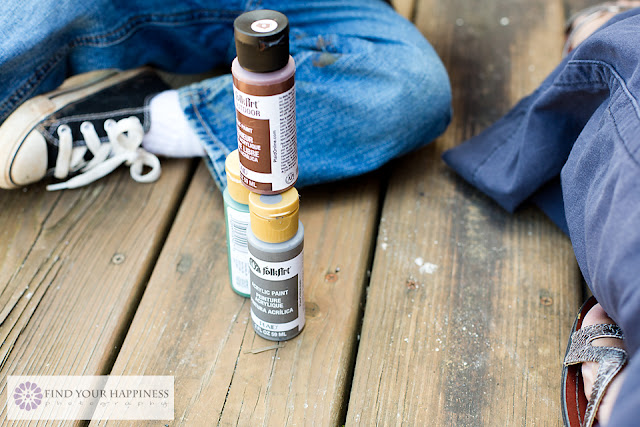 After the paint dried,we wrapped Jesus in cheese cloth, placed him in the tomb then covered it with rock(s). I know, I know... it's supposed to be ONE giant rock but I couldn't find one big enough to cover our tomb so I had to improvised. 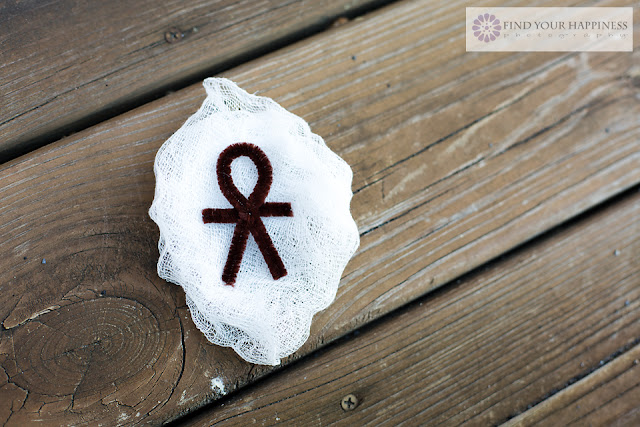 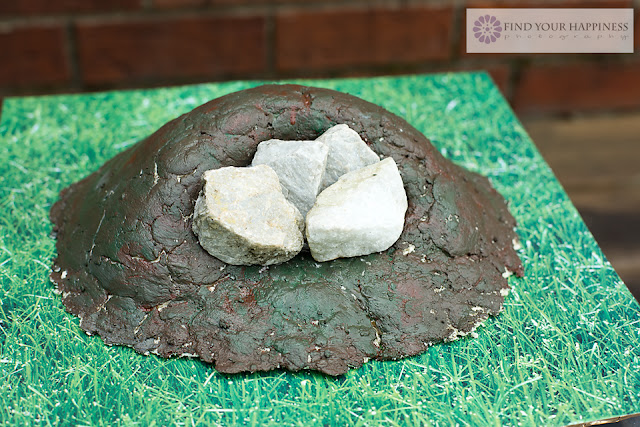 Nathaniel then ran around our backyard, cradling one of the paint containers wrapped in baby wipe. He kept saying it was a baby. Oh, such is the imagination of a two year old :) 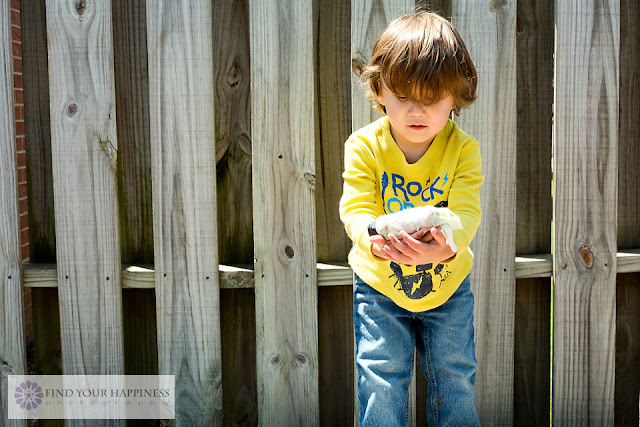 I hope you have a great Easter weekend. Hubby is working at the Augusta Masters so he's been non-existent for the entire week and unfortunately will continue to be for the rest of the weekend :(