By Diana April 20, 2012
Three years ago, my husband went to MCRD San Diego for Marine Corps bootcamp. Since then we became a family of three, have celebrated three years of marriage, endured four major moves, lived in three different states, became first time homeowners and have been promoted twice. I still don't know if this is the career for us. If you ask Dean, he'll say yes in an instant. Some days I'm all for making it a career. Some days I just want to pack our bags and move back to Indiana. Thankfully, we still have at least a year to go before we have to make the decision about re-enlisting. So for now, I'm just going to try to enjoy this chapter of our lives. 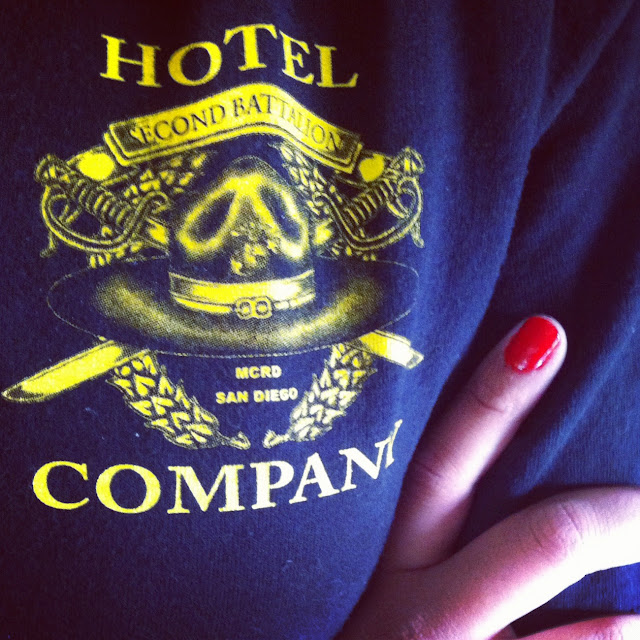 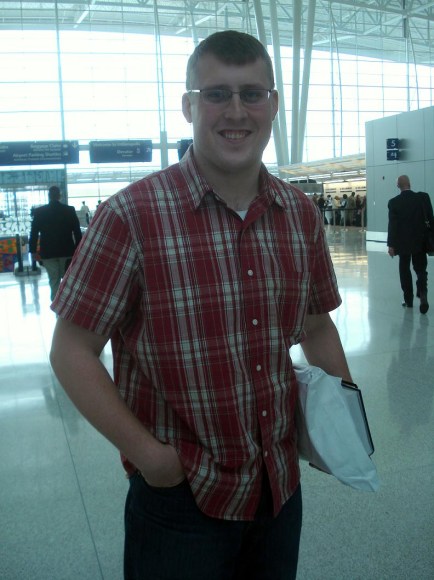 April 20, 2009 Indianapolis International Airport
Bible. Song Book. His and fellow recruits' paperwork. Clothes on his back.
And a newly opened chapter.