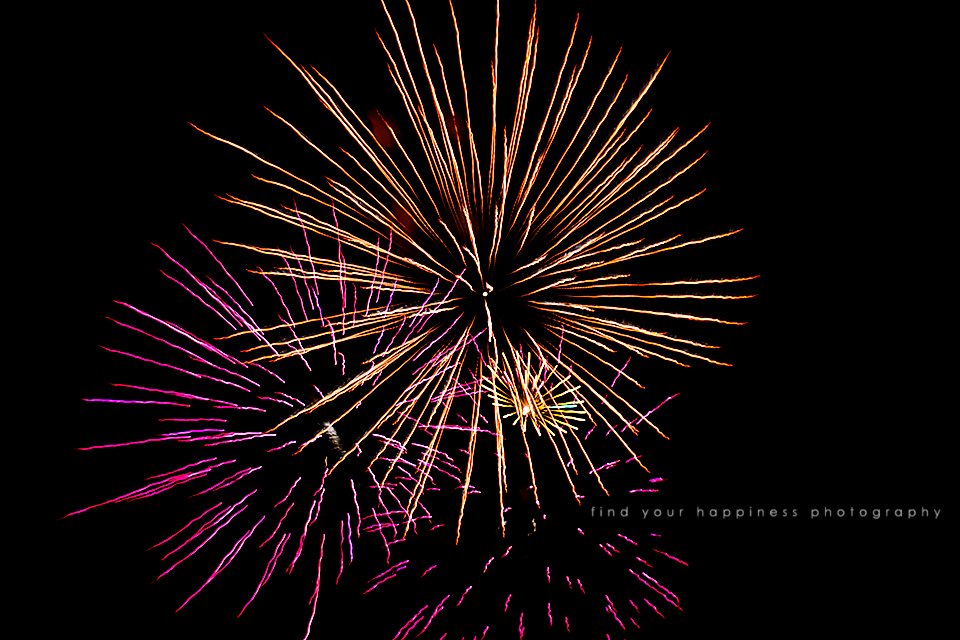 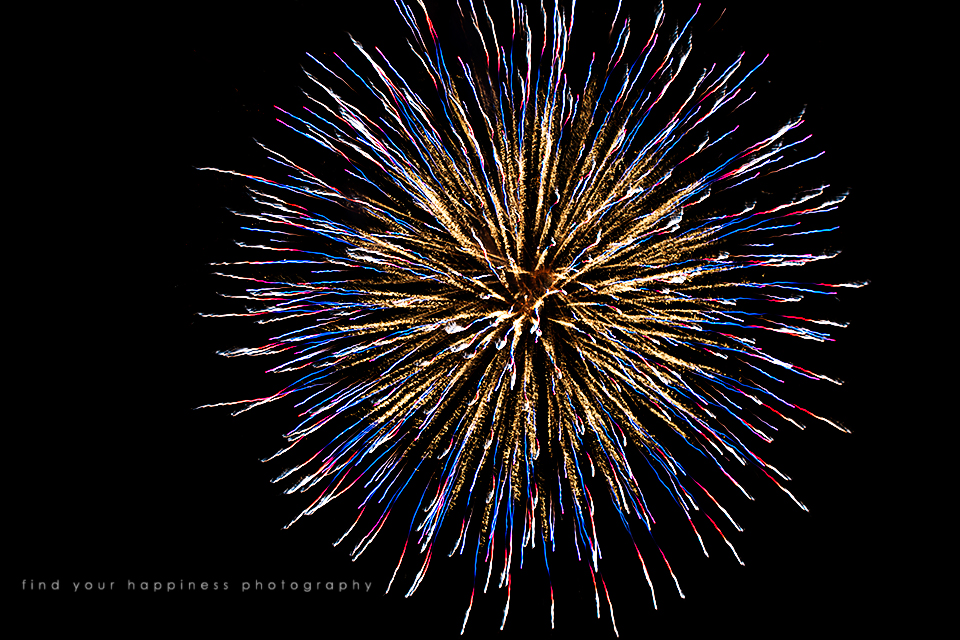 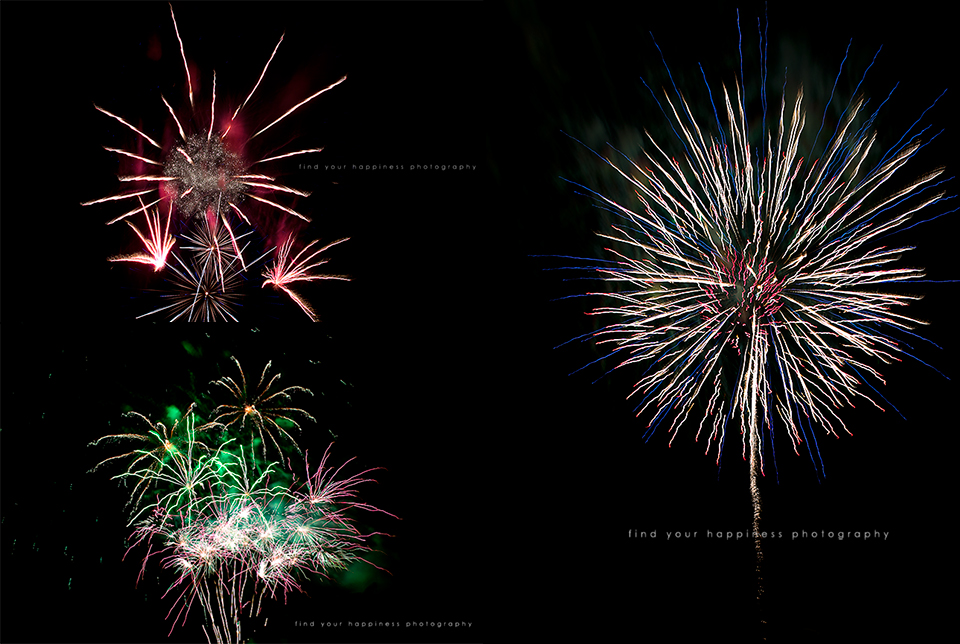 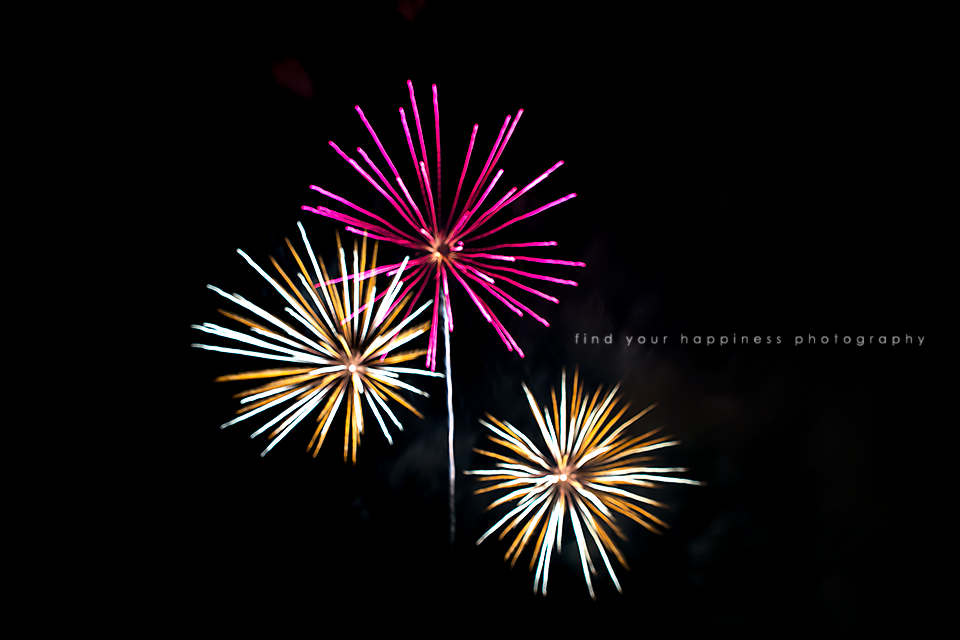 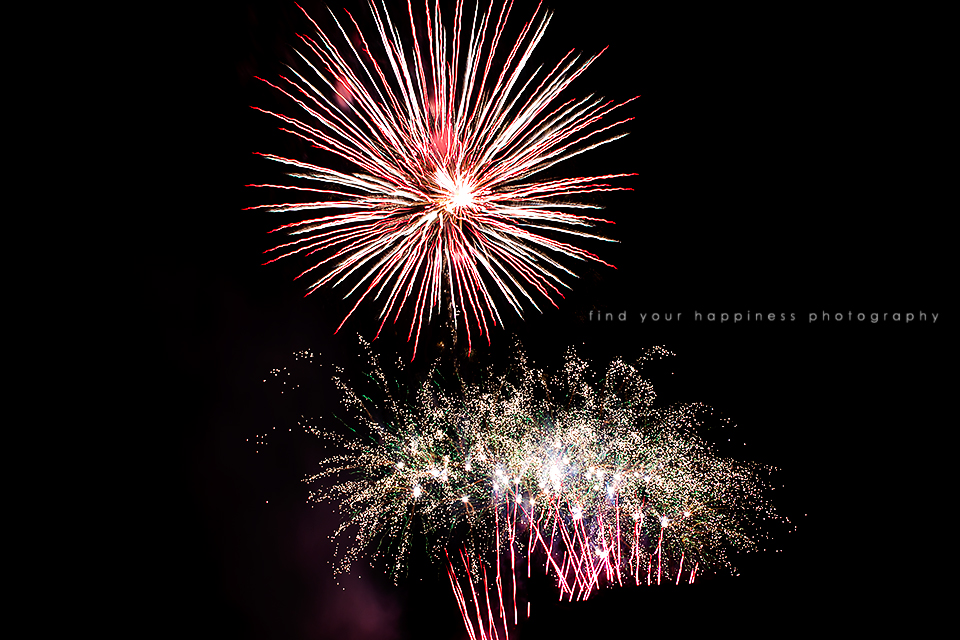 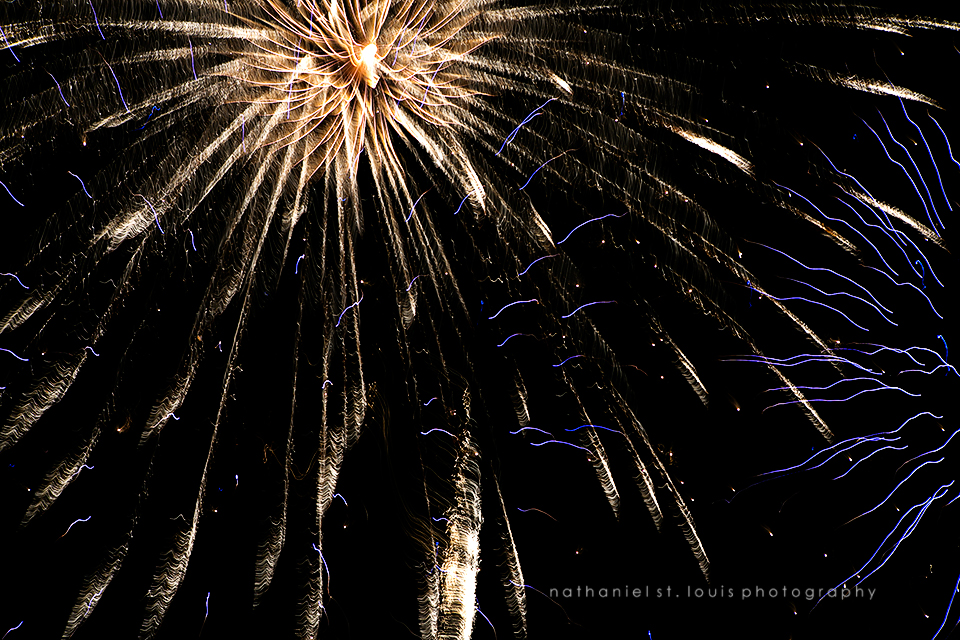 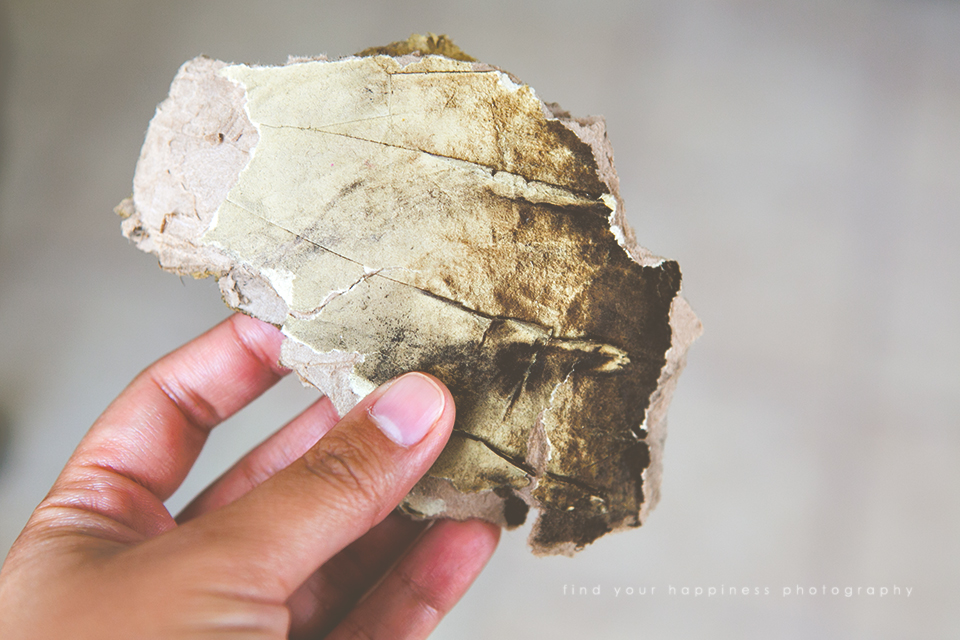 We watched the fireworks show presented by Fort Gordon last Wednesday evening. I stupidly forgot my tripod so my fireworks photos are squiggly because it is just physically impossible for me to hold very still for the four-second shutter speed that I had my camera set on. We also sat waaaaaay too close to the fireworks (we didn't know!). We had to lay down to see the fireworks and they were exploding right on top of us. In fact, debris were falling on us and some were still on fire (none landed on us but the guy in front of us was unfortunate). So even with me laying down and my lens on its widest angle, I still couldn't capture the entire fireworks in the frame. I hoped to take better photos last night on another show but we stayed too long at a cookout with friends that we just caught the finale in the comfort of our front yard instead of going to the park.

Nathaniel absolutely enjoyed the fireworks show and he kept saying, "Ooooh! Aaaahhh!" He also said they looked like balls and rainbows. He also had a great time naming the colors. The last fireworks photo is actually taken by Nathaniel! He has been very interested at taking pictures with my big camera. I'm not too worried because he is so careful and makes a point to always wear the camera strap (he even reminds me sometimes!). And the camera body and all my lenses are insured so we also have that going on :)