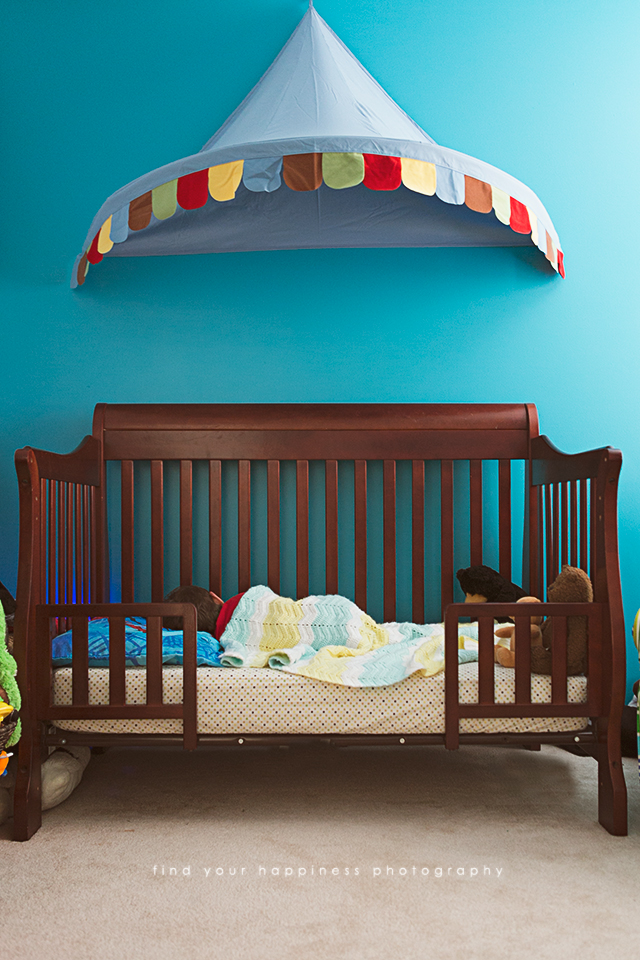 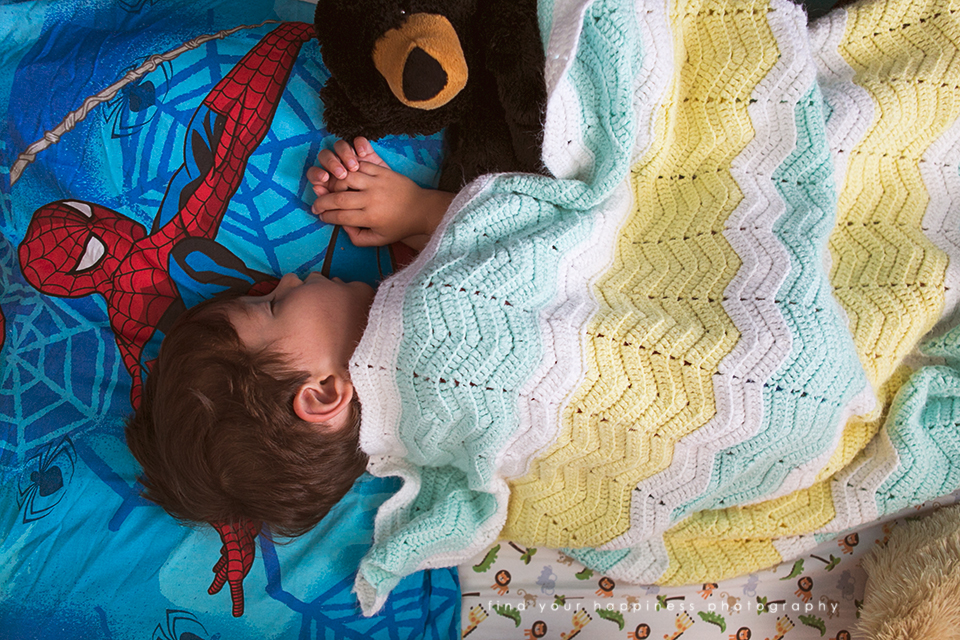 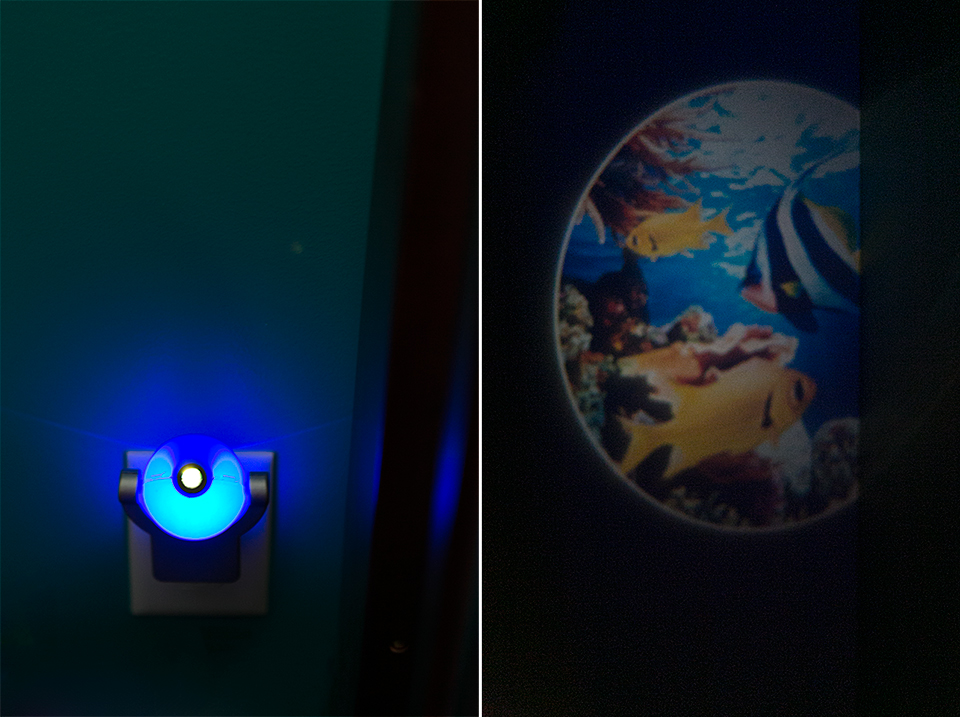 More than a month ago, we decided to convert Nathaniel's crib to a toddler bed. He still wasn't trying to get out of his crib although he definitely could if we ask him to. And we were completely happy and content to leave it that way for a few more months but he started calling his crib: cage. "I'm sleeping in my cage, right?" Can you imagine if someone heard him say that?? CPA will be knocking on our door!

Thankfully, the transition went very smoothly all because of that Spiderman pillowcase. I was originally just going to give it to him on the night of the transition but Hubby used it as a reward instead. The deal was for Nathaniel to sleep in his "big boy bed" for a week without getting out. But he did so well that we gave it to him after five days.

A few other changes include a nightlight in his room and leaving his bedroom door open. Before the transition, Nathaniel slept in the pitch dark (like his Dada prefers) and closed door. So we bought him an under the sea projection nightlight that he now loves to wish good night every evening. (There are three fish and he named them Dada, Mommy and Baby fish---just like us.)

He has been waking us up on days we don't have to wake him up (such as when I work, school days for him, etc.) and it took awhile getting used to it. Nathaniel will literally put his face next to ours until we wake up to which he will promptly say, "Gud morning, Mommy/Dada! I li-ly, li-ly [really] hungry."