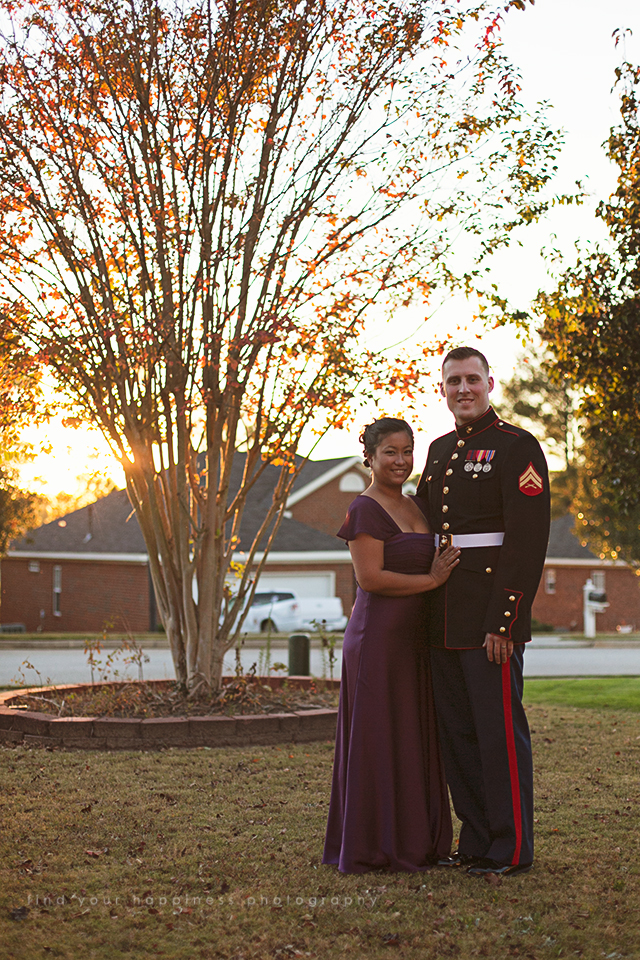 Last night, we attended the 237th Marine Corps ball and we had a fantastic time! It was our fourth USMC ball and this year, I decided to re-wear one of my ball gowns (2010) since no one here in Georgia has seen it before anyway. Michelle, a friend and a fellow Marine Corps spouse, did my hair and make up. And Hubby was so handsome in his sexy dress blues and was such a trooper (he is still sick!). We even stayed up suuuuuper late to watch a late showing of the new James Bond movie "Skyfall." (The movie ended shortly after 3am). This is definitely one of the perks of being in the military: we get to dress up and look all purdy pretty :)