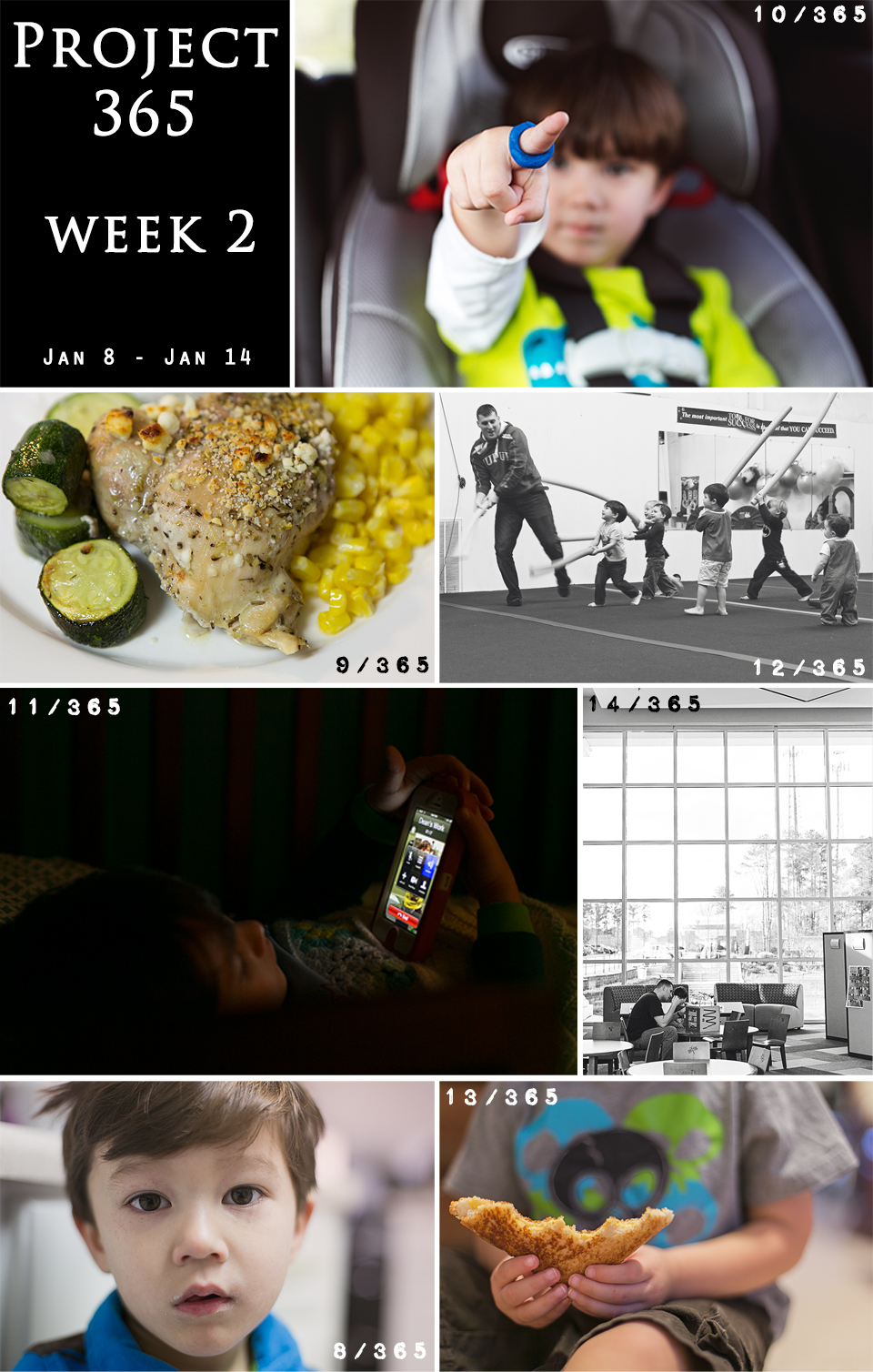 8  First day back to school and we sent Nathaniel with popped blood vessels (see skin near his eyes). He screamed his head off for half an hour the night before because he refused to go to sleep. And when his teachers asked him about the red dots, he blamed it on me and said it was because I poked his eye in the bathroom. Major fail.

9  Roasted Chicken Thighs with Feta and Zucchini. Delicious but recommend cooking it longer than called for. Recipe found here.

10  For the first time ever, Nathaniel told me to go away when I picked him up from school. He would rather keep playing with play-doh with his best friend Adam.

11  Since Hubby works night shift, a new bedtime routine is calling him at work to say good night.

12  Nathaniel attended his first birthday party hosted by a classmate. The party was held at Gymnastic's Gold so the little children had a great time jumping, tumbling, and running. In this photo, the children were hitting Hubby with the foam noodles.

13  Grilled cheese for afternoon snack. I had to settle for this type of photo because Nathaniel kept covering his face when I try to take his photo. Another example of photographer's child syndrome.