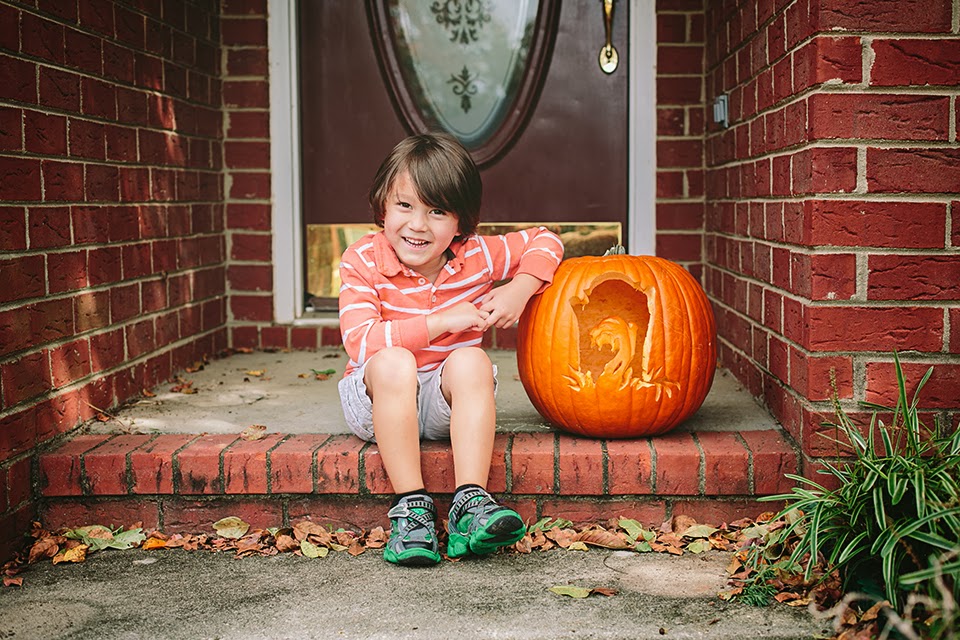 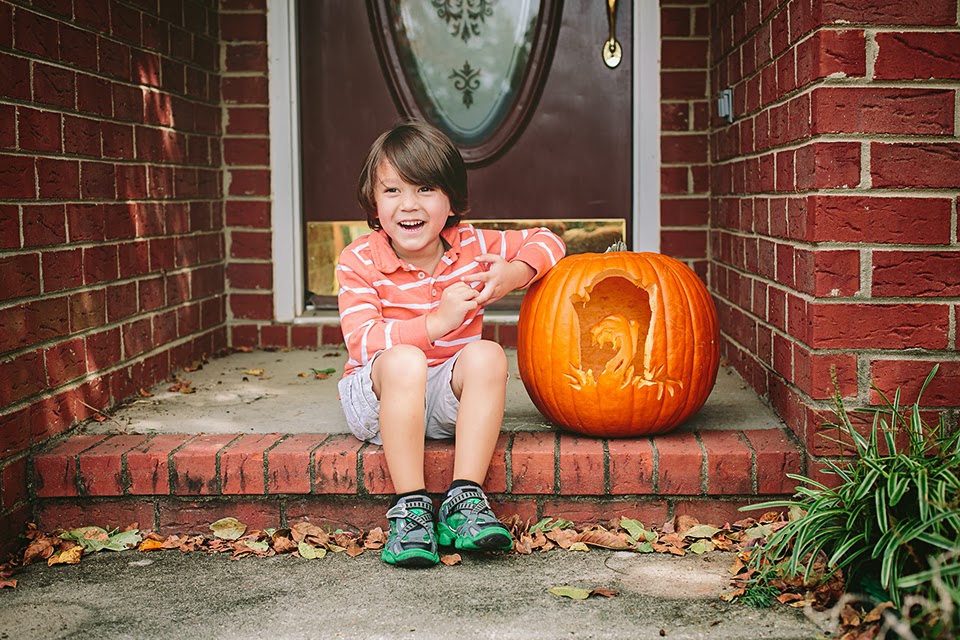 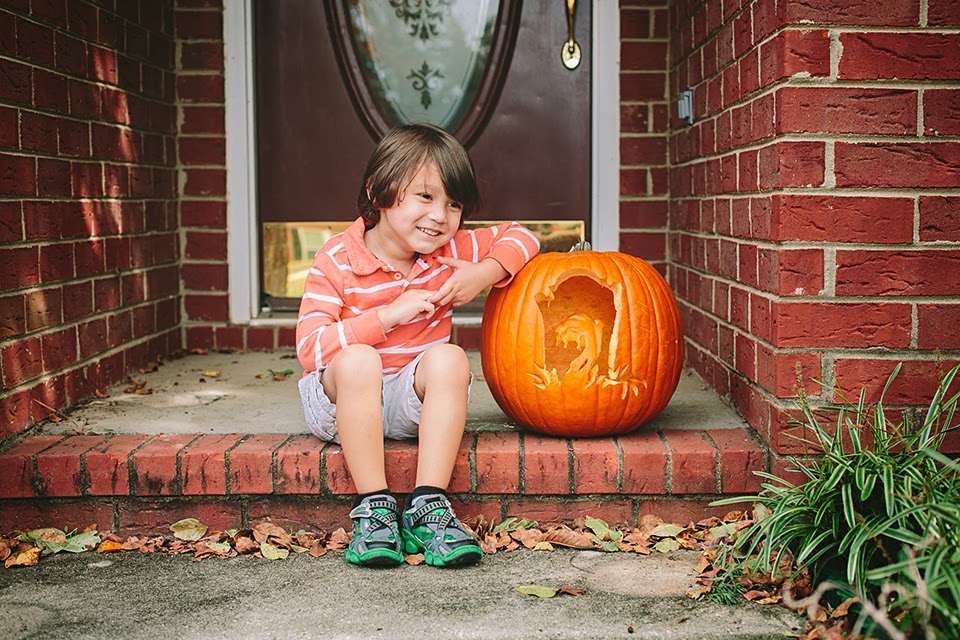 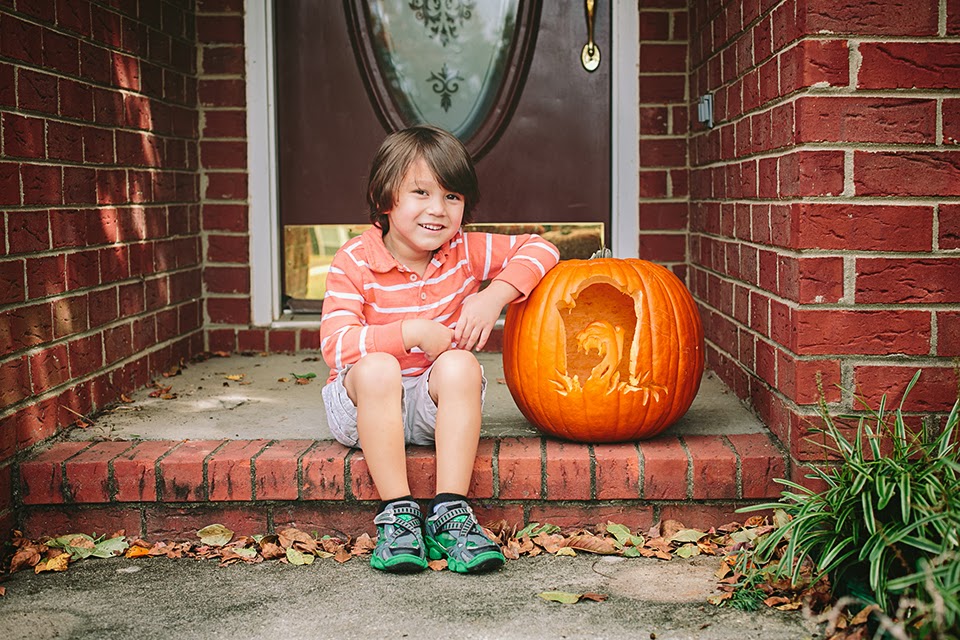 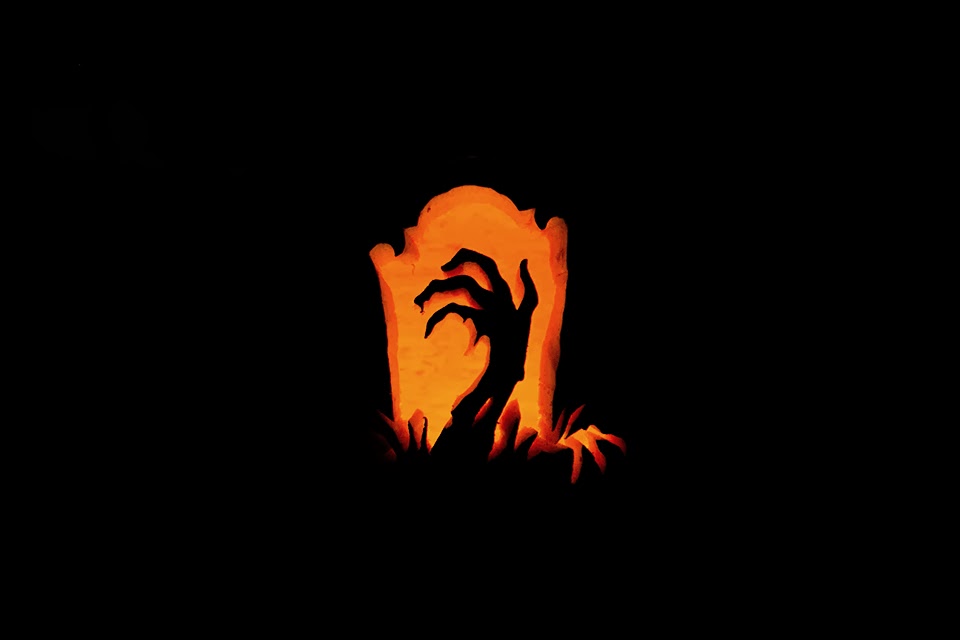 The boys carved a pumpkin earlier this week while I was at work so all I have to show are pictures of the final finished product (with a very adorable boy!). According to Hubby, out of all the Superheroes and cutesy patterns we have, Nathaniel was adamant about choosing this Zombie hand pattern. I don't know if I should be proud or creeped out! The lighted picture was taken the night after it was carved so as you can see, the Zombie hand is starting to die because of the heat (no pun intended). We've been bringing it inside during the day but just forgot to do so yesterday :(

And no, I did not tell Nathaniel to put his elbow on the pumpkin! I just asked him to sit next to it and was taken aback at his posing. I mean, hello? I'm a lifestyle photographer. I suck at posing people! The credit is all on him. And yes, I probably should sweep the dead leaves. But really, doesn't it add authenticity and character to the photo? Yup, I'm sticking to that reasoning. ;)