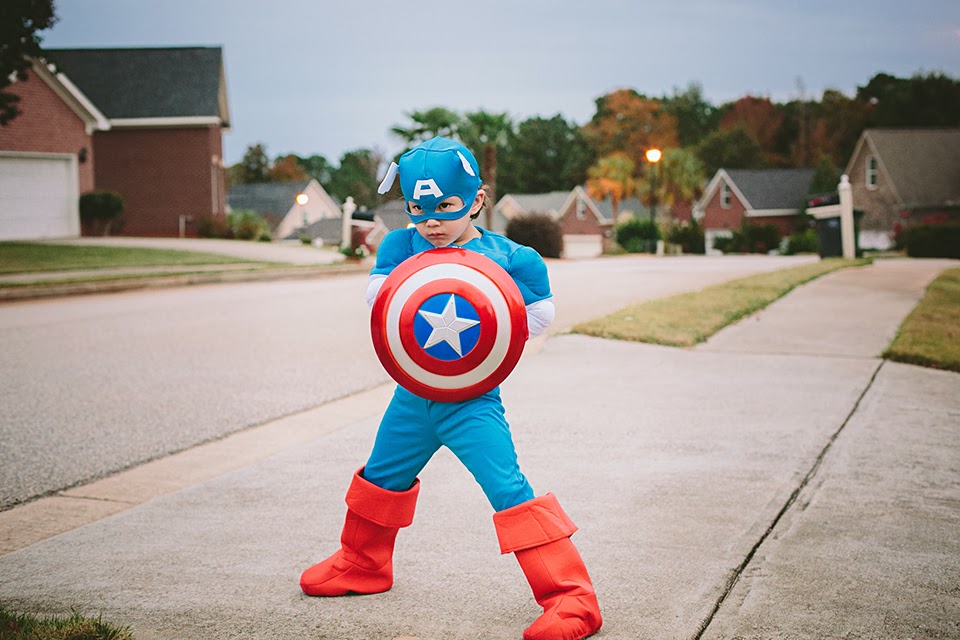 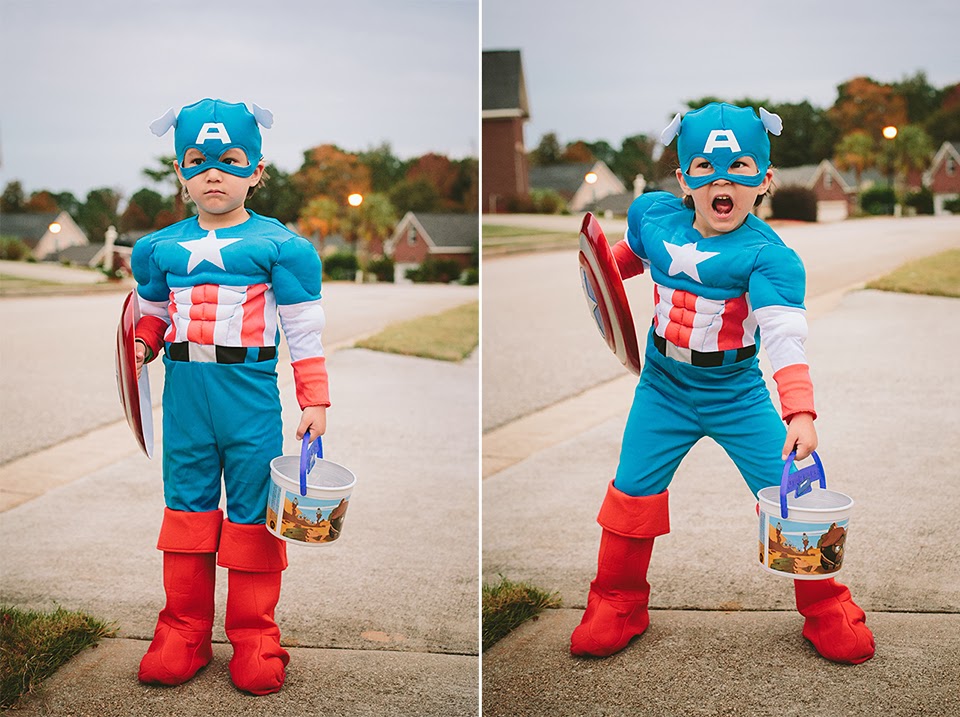 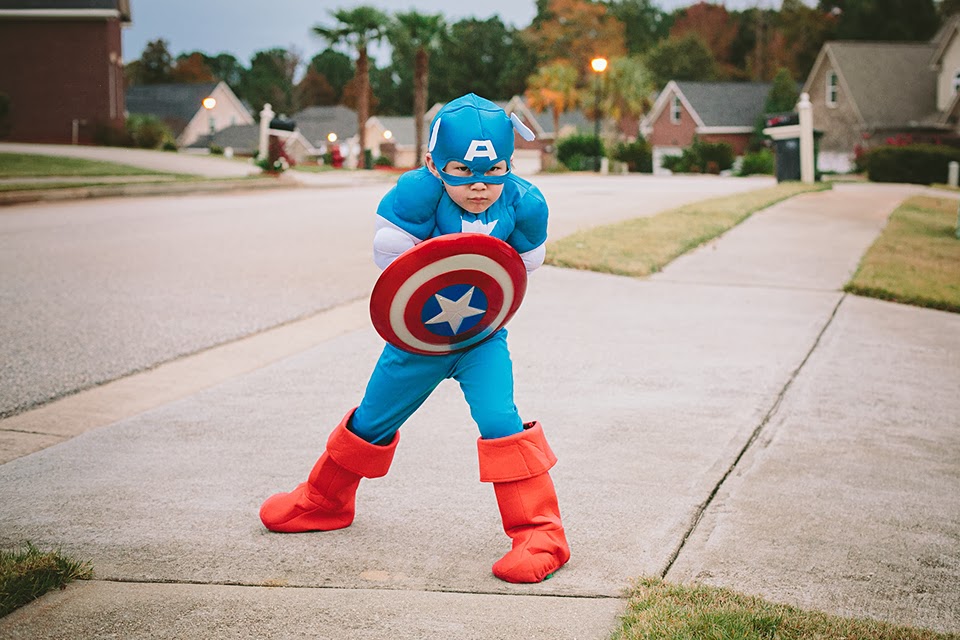 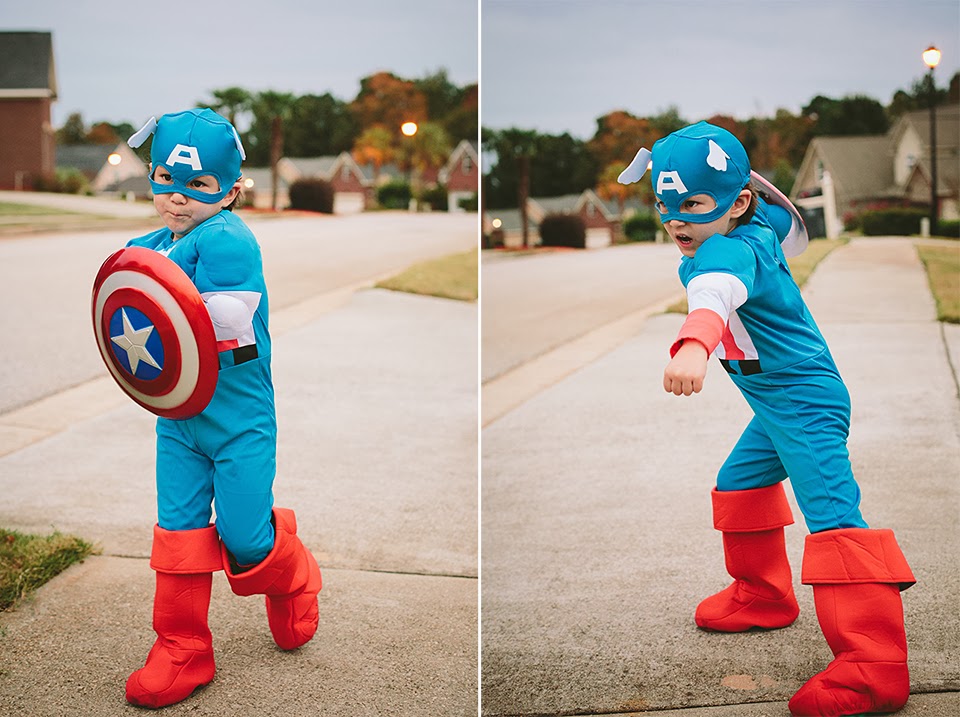 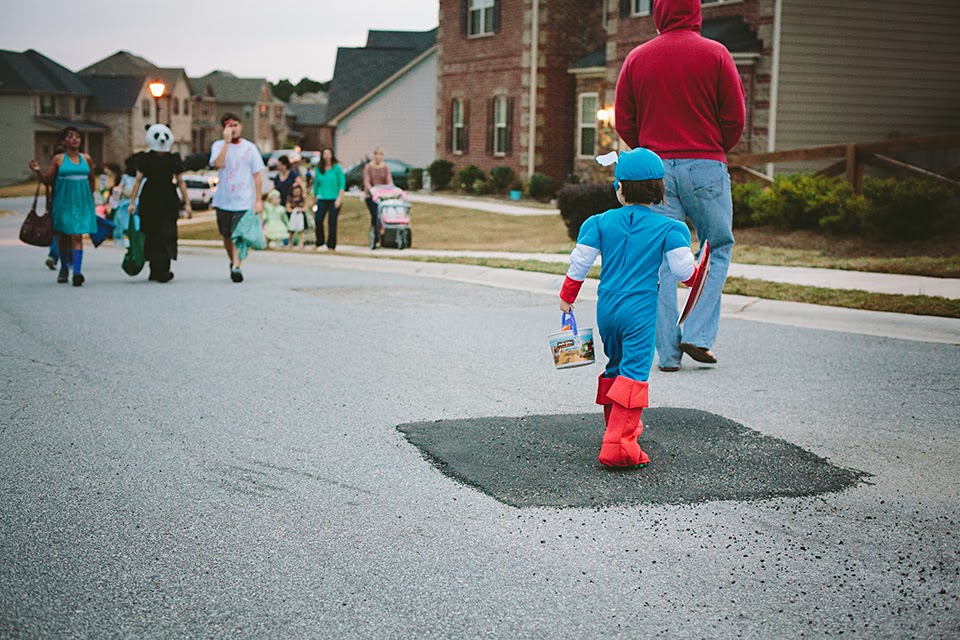 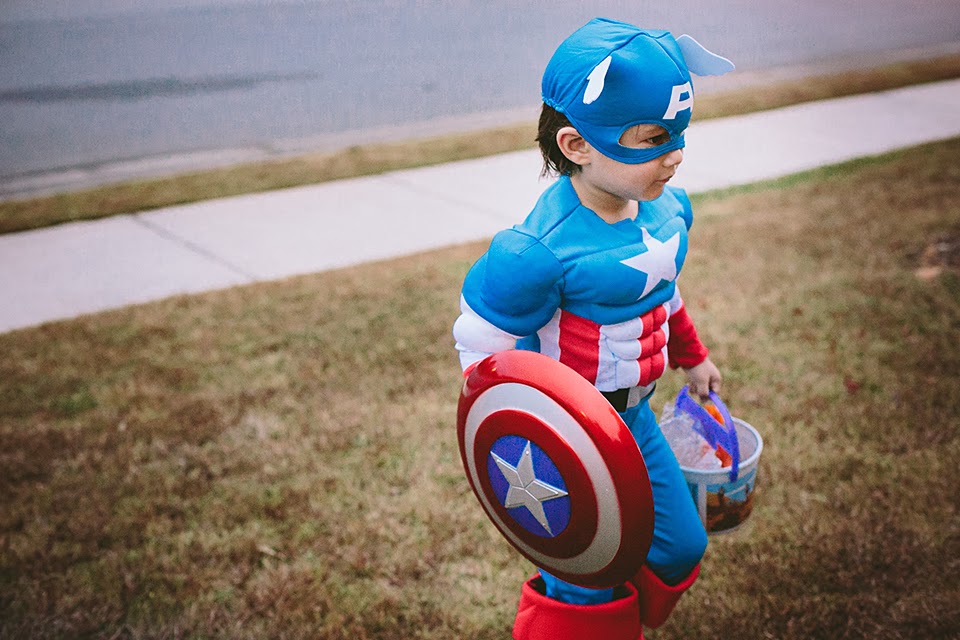 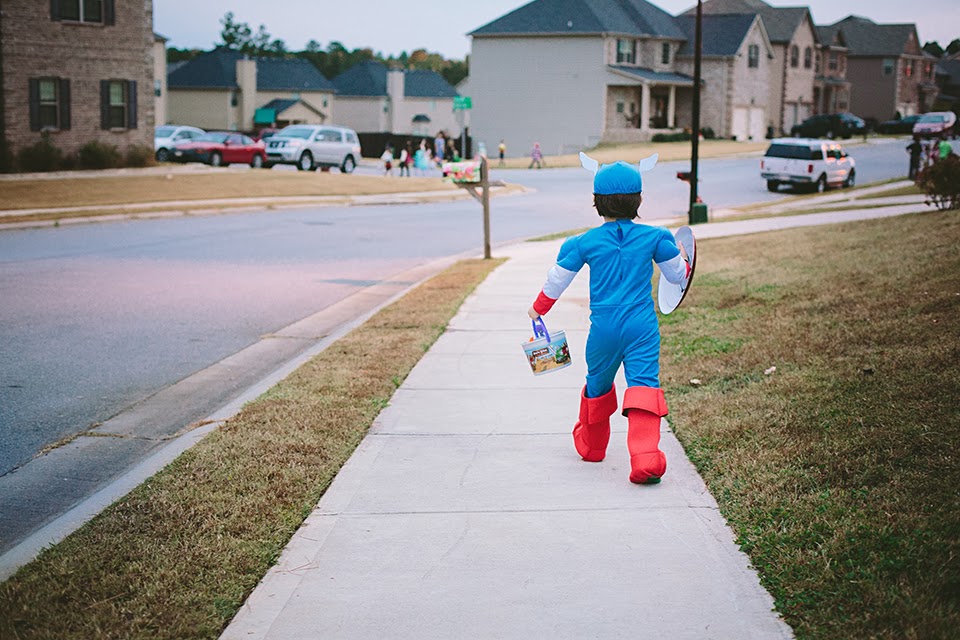 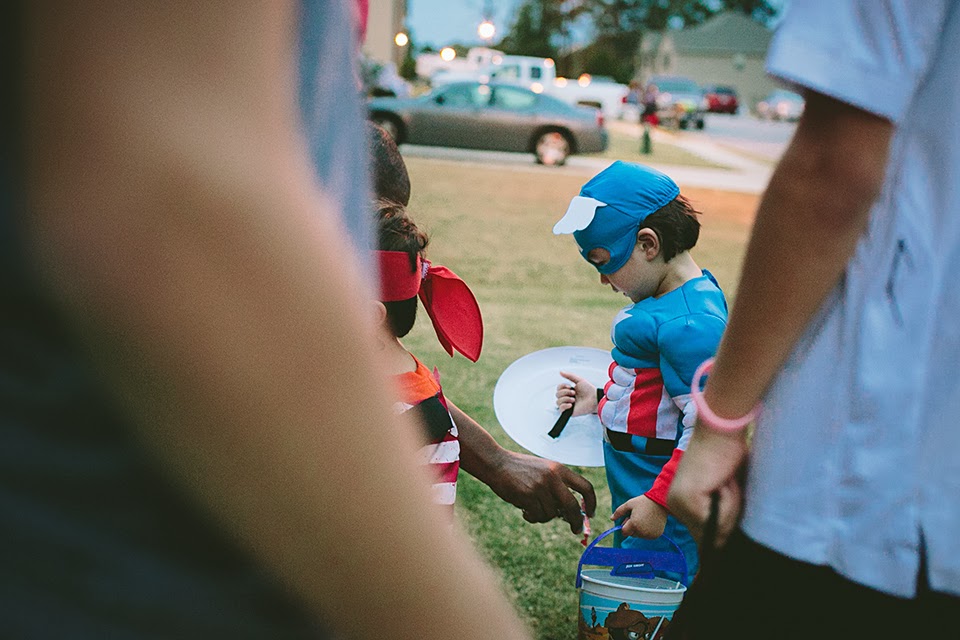 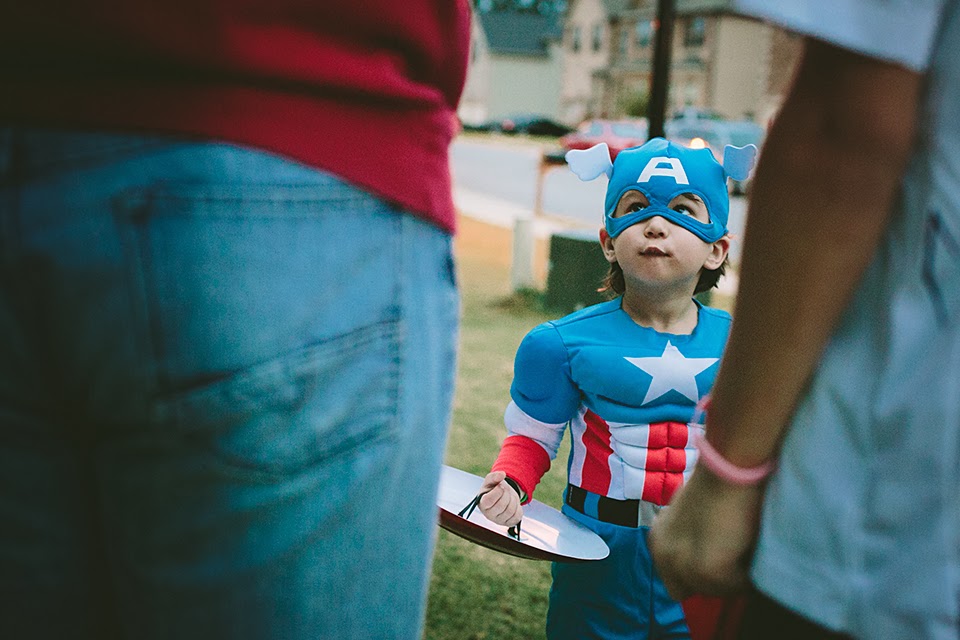 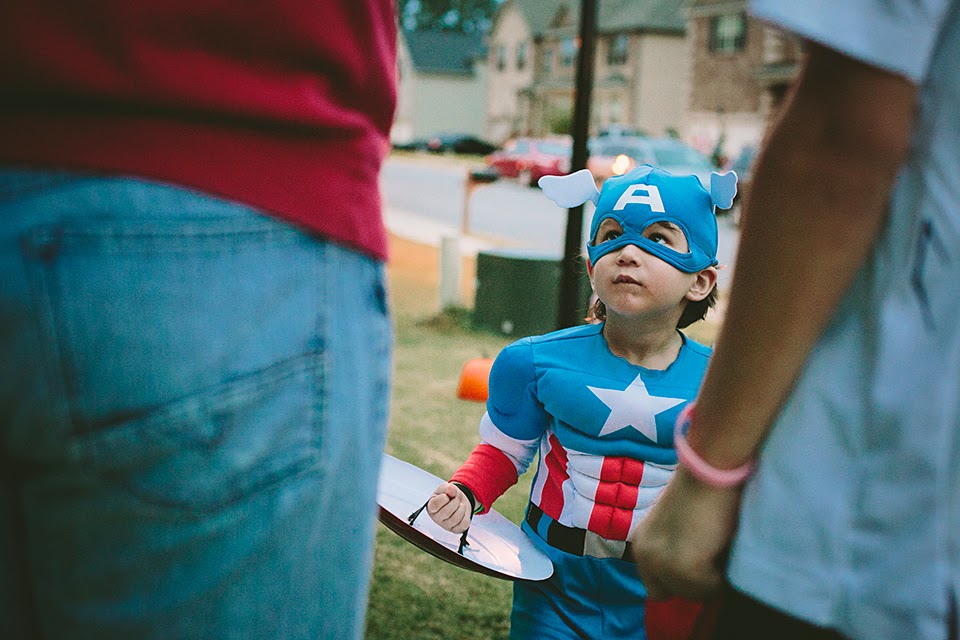 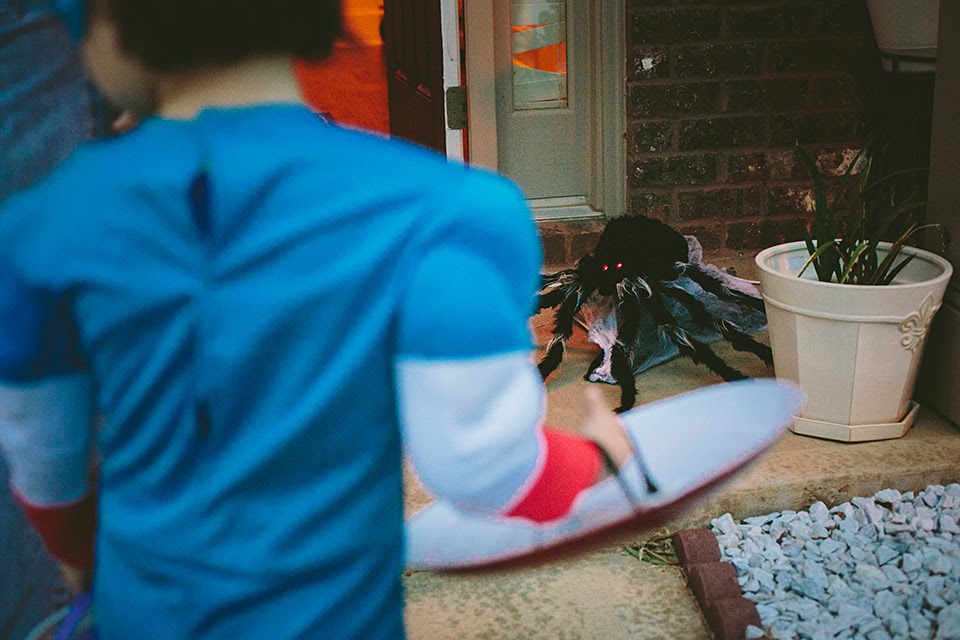 Things I want to remember about last night...

Initially shy, Nathaniel eventually warmed up to going to new people to go trick or treating.

Nathaniel saying "Trick or Treating!" instead of 'trick or treat.'

Hubby scaring the little kids by chasing them while wearing a really creepy Frankenstein mask from Lola (given to Nathaniel).

Nathaniel loves the leaping giant spider (see last photo). I still jumped even though it was expected.

One of the houses decked out with Halloween decorations both outside and inside. We were able to walk inside. See third and second to the last photo as Hubby asked Nathaniel if he wanted to go inside.

Nathaniel was only creeped out with the house when he saw a skeleton taking a bubble bath (and drinking wine (blood?). I think it's because everyone started laughing loudly and he got overstimulated.

People calling Nathaniel "Captain America" and really getting into character.

Nathaniel really wanted to be a Red Power Ranger especially after seeing his cousin Daniel dressed as one while we were in Indiana. Today, we went to Target and raided their clearance aisle.

My hands swelling into giant sausages after a bug (ant?) bite. Thankfully, a Benadryl pill quickly fixed it all.

Nathaniel running from houses to houses.

Apparently, Nathaniel's favorite part about last night is seeing his babysitter Ms. Emberly. He has been begging me to call her so she can come over.