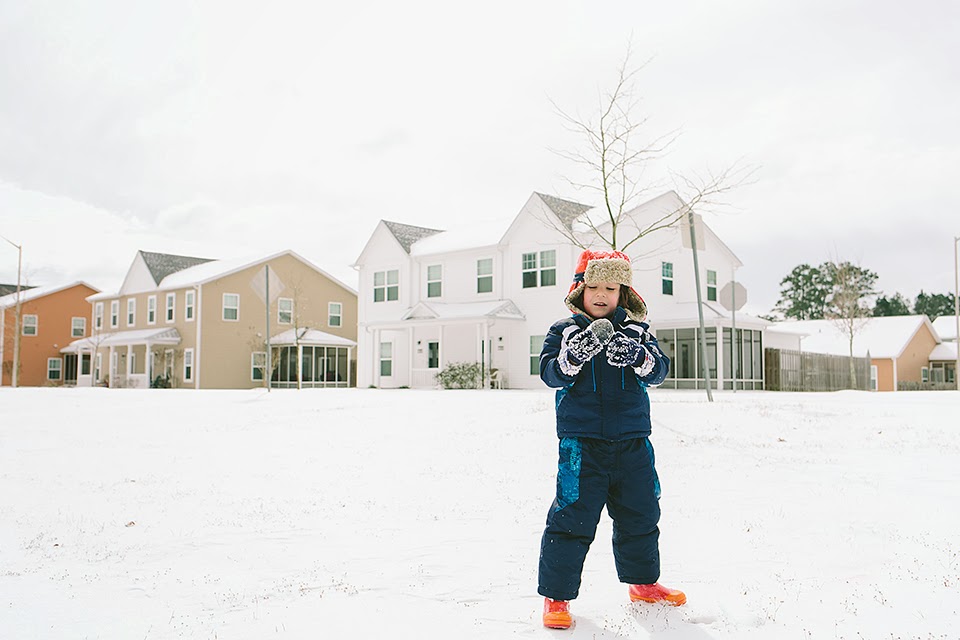 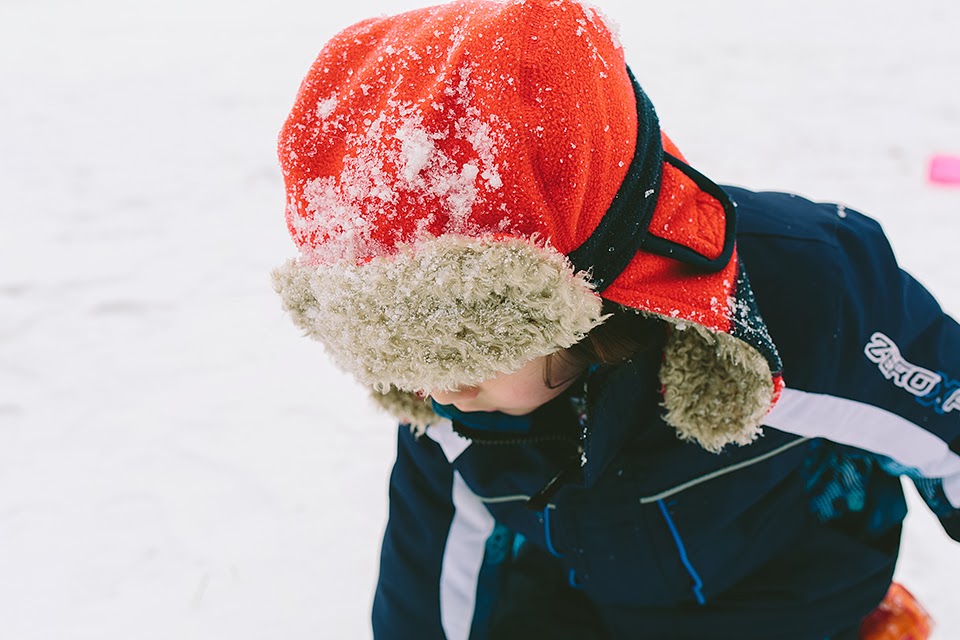 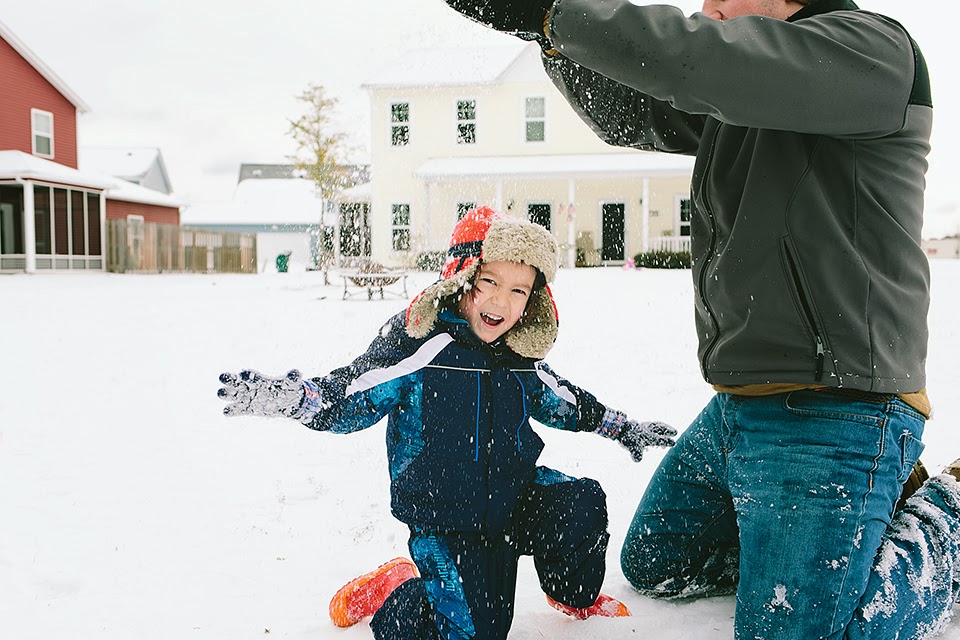 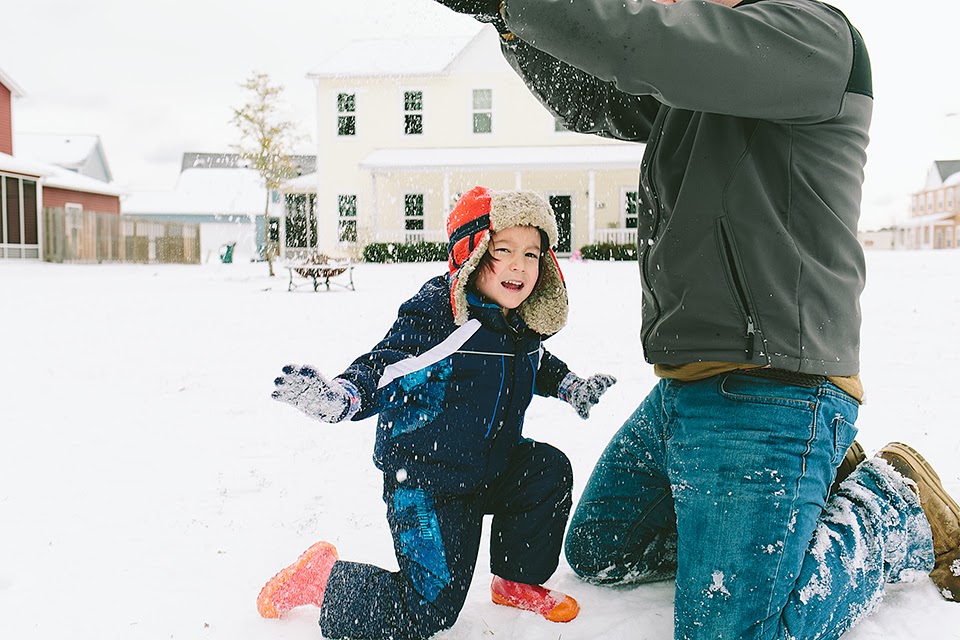 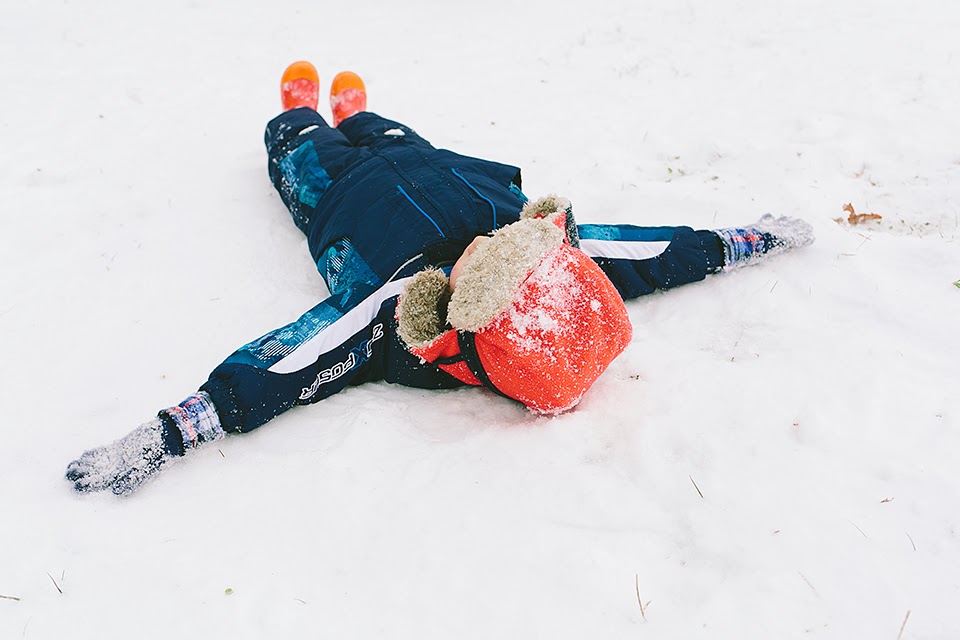 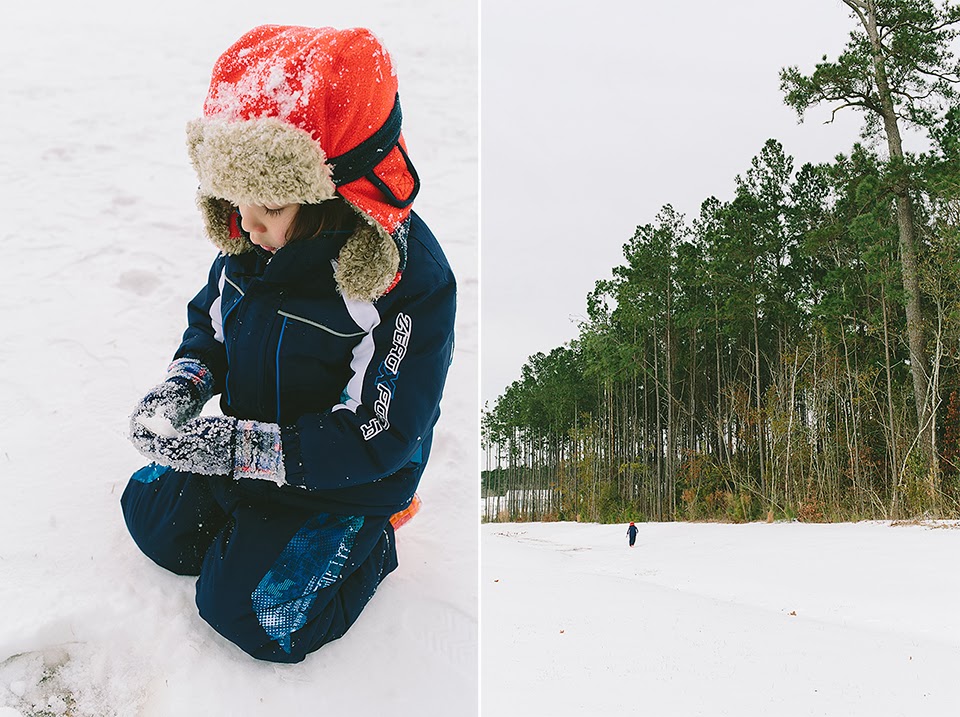 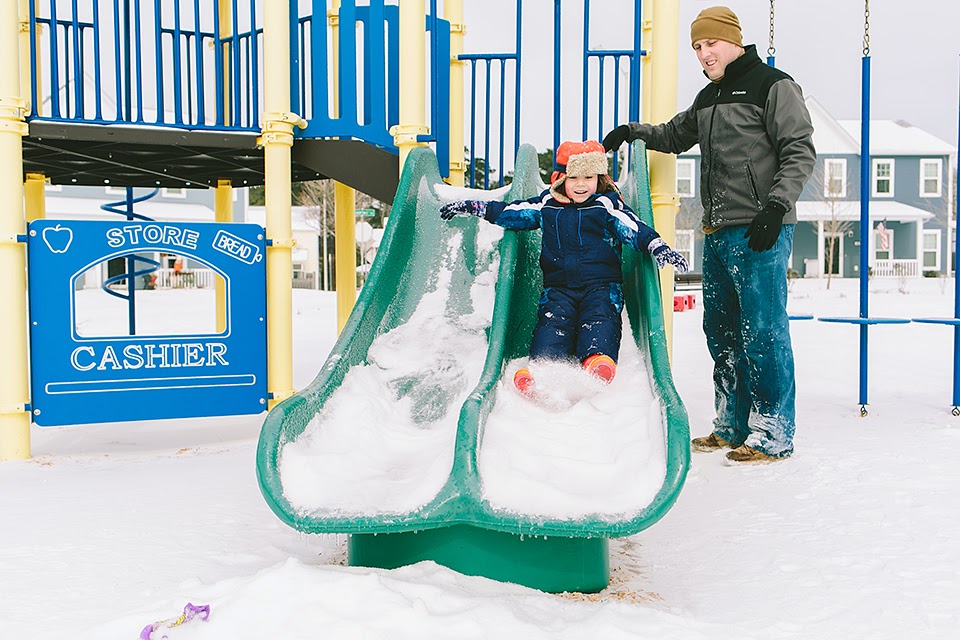 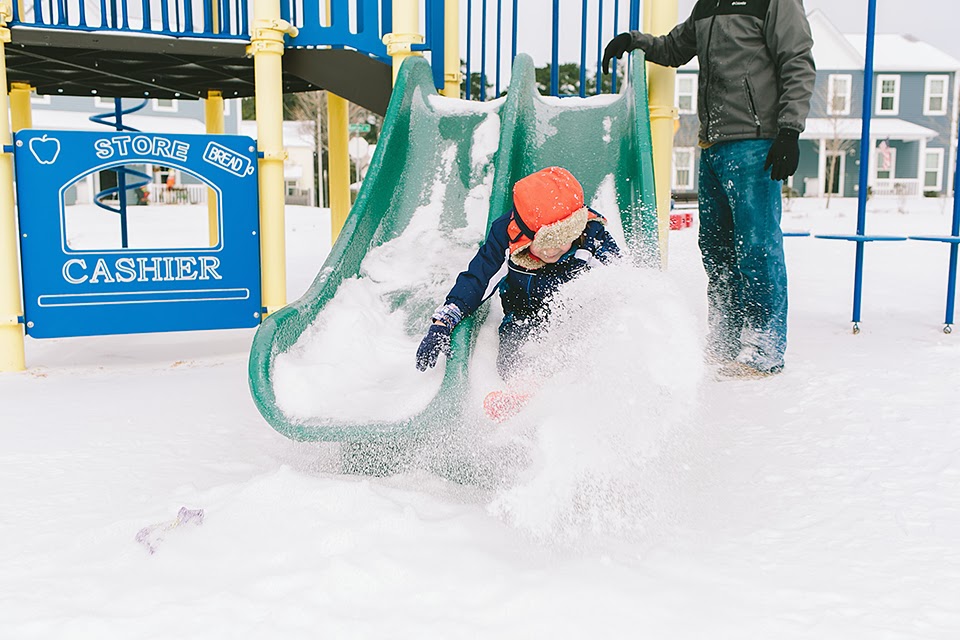 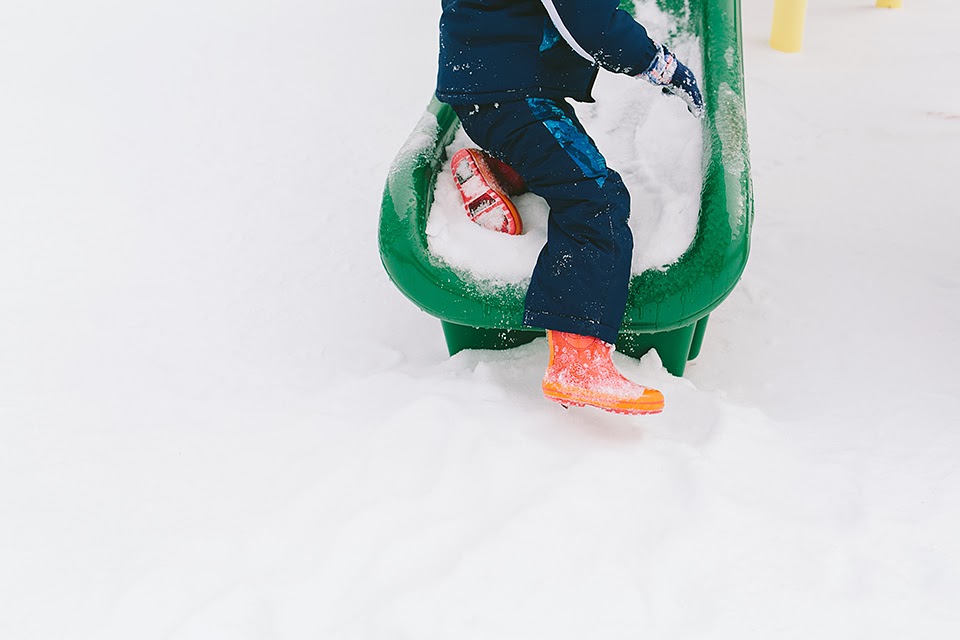 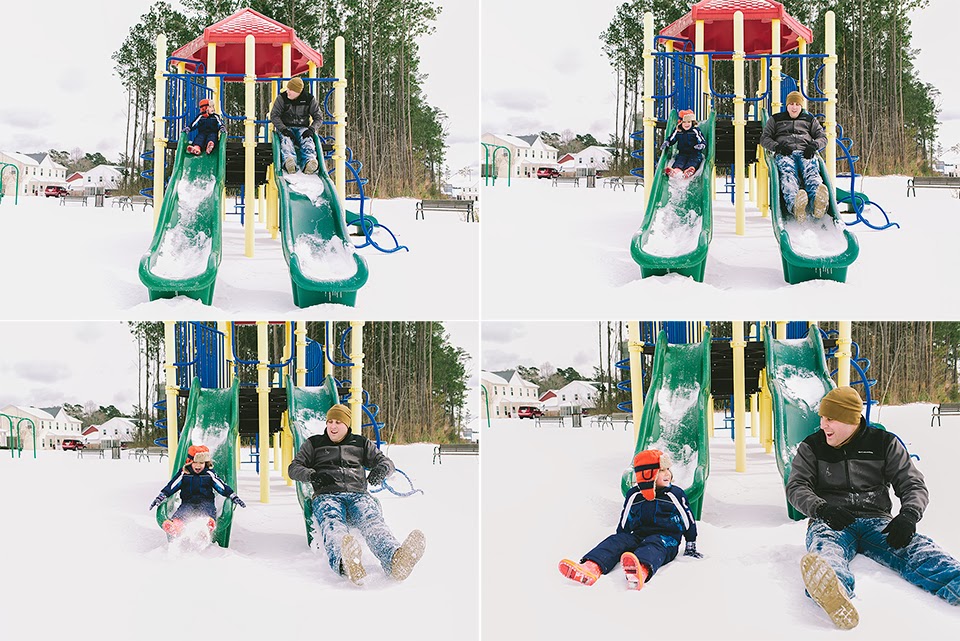 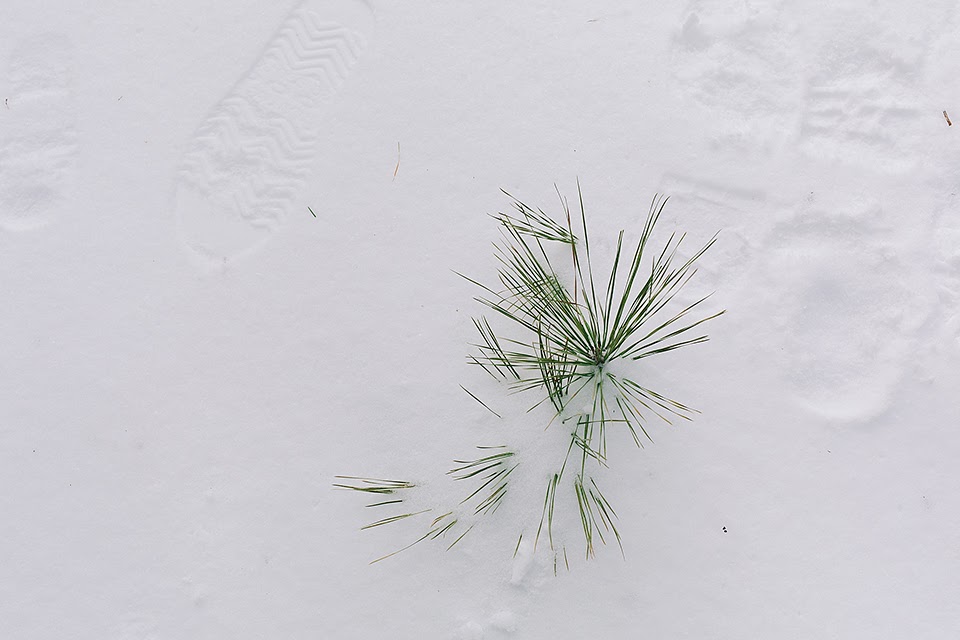 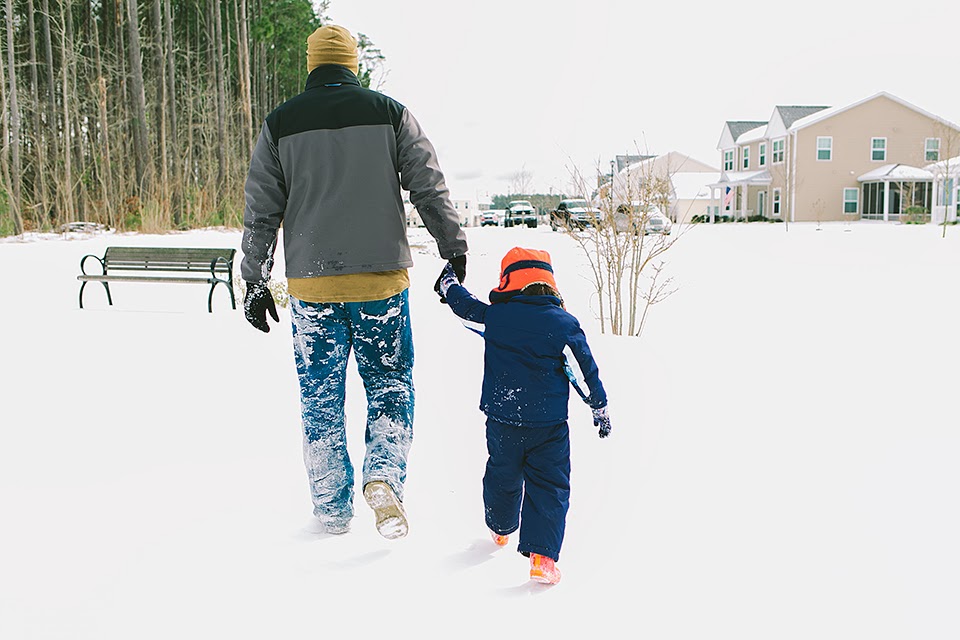 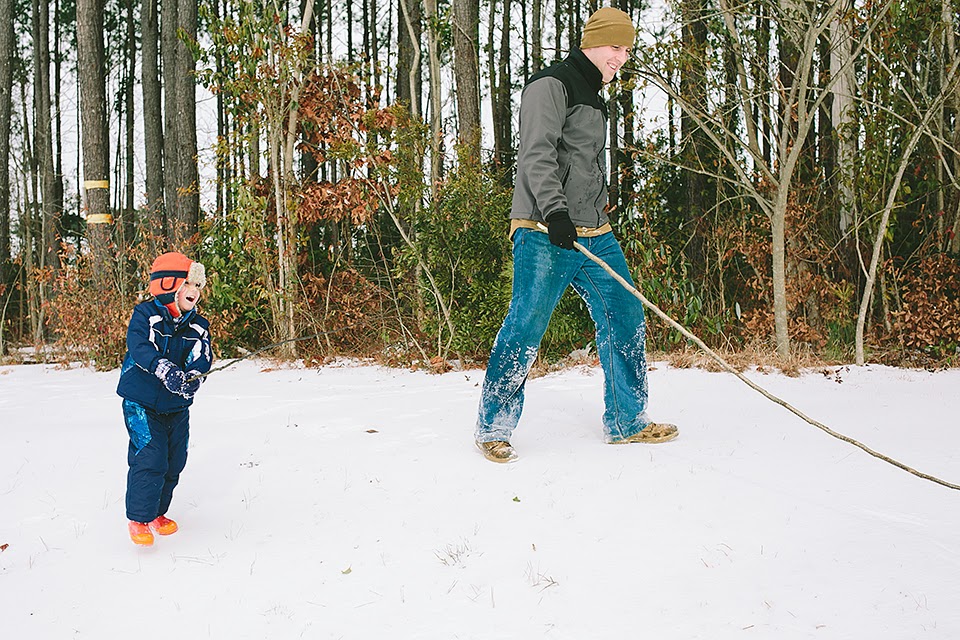 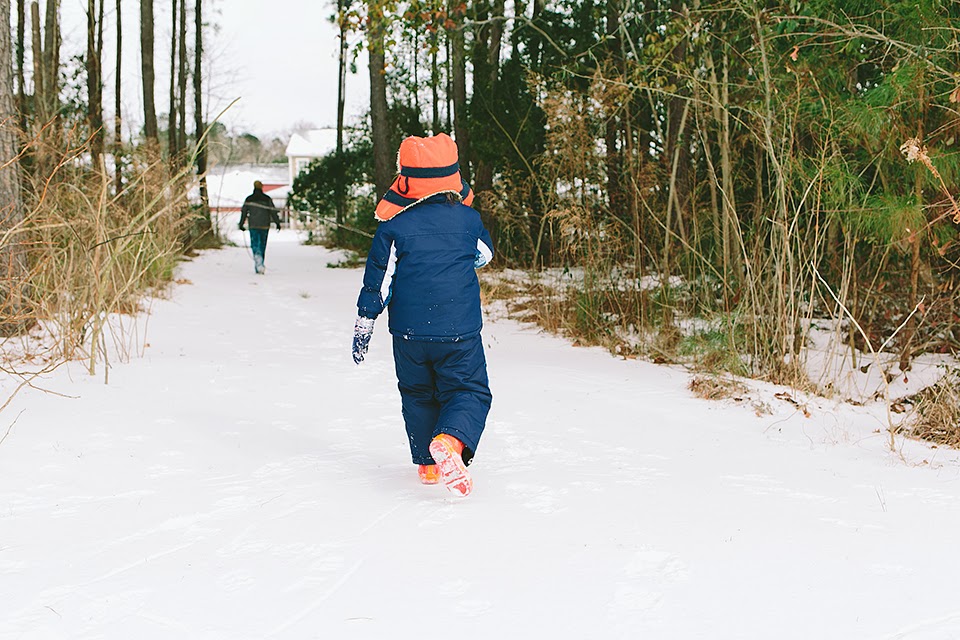 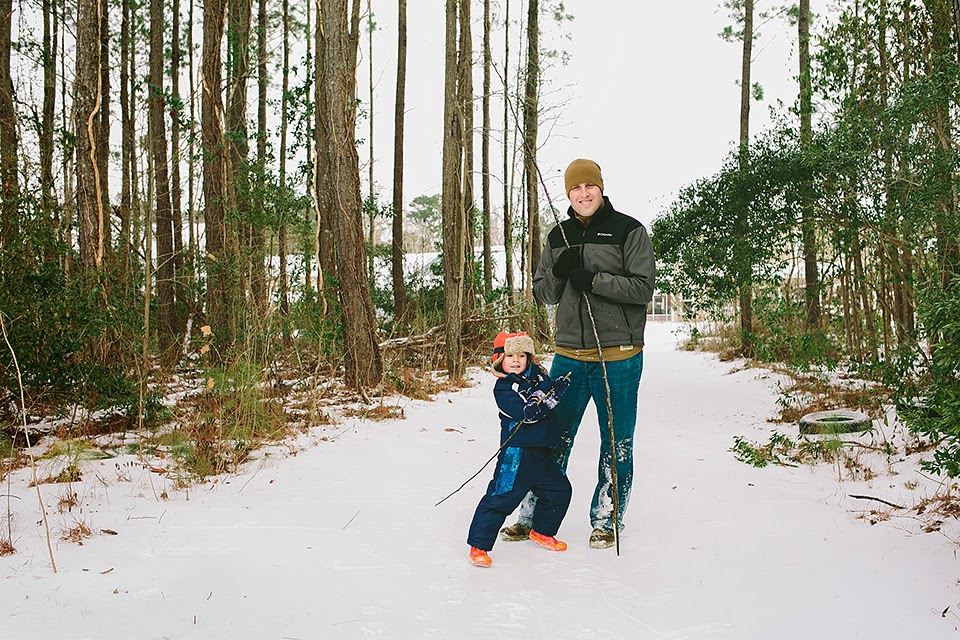 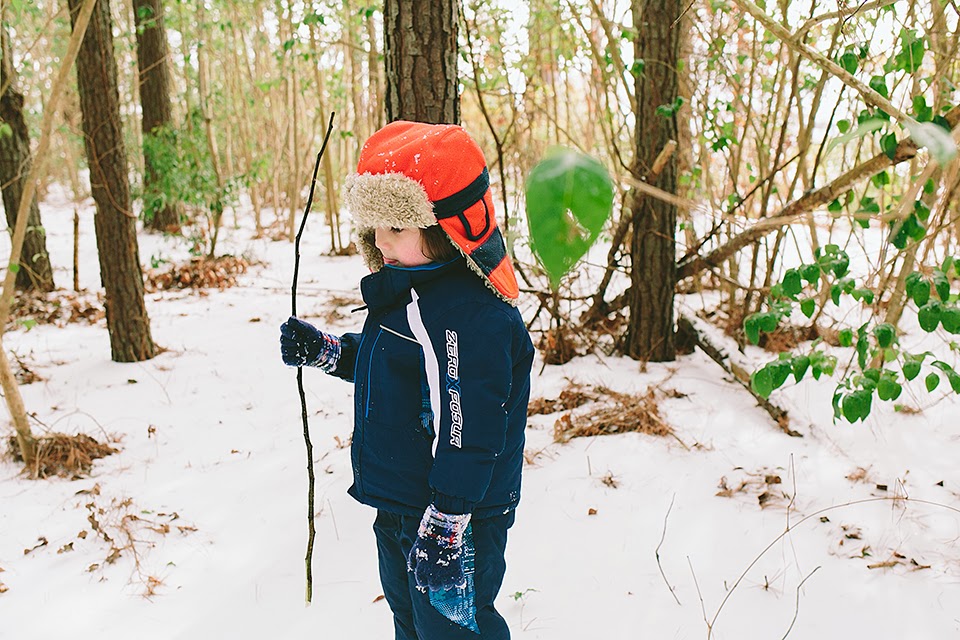 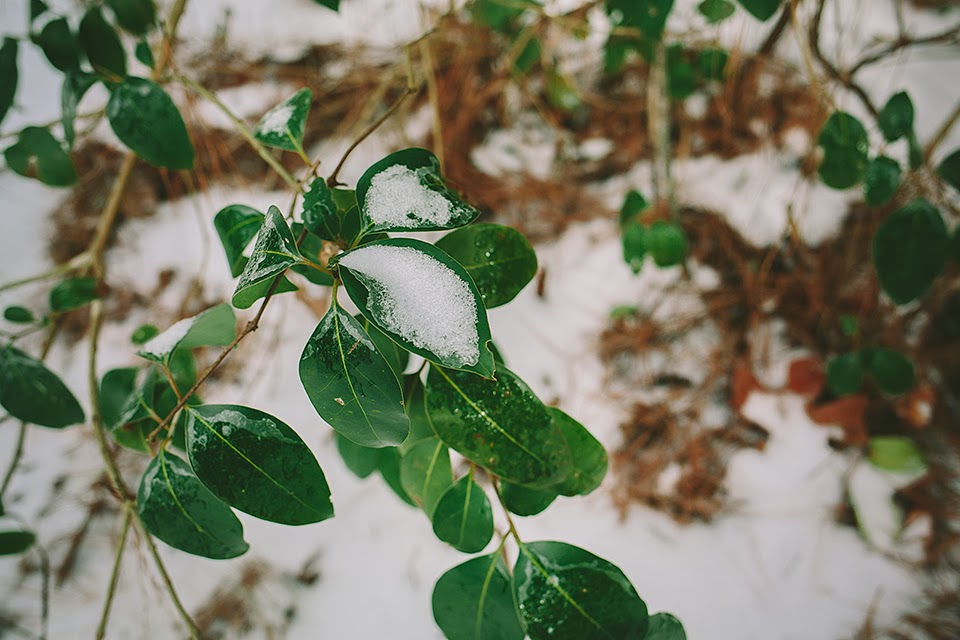 North Carolina was hit with a snowpocalyse few inches of snow this week. Since it only happens every few years, the Marine Corps base and the entire town has been closed since Tuesday (there's even a curfew enforced!). Nathaniel has been asking for snow so you could just imagine when he woke up and saw the white, ice-y stuff on the ground. It's technically sleet that accumulated overnight, not the soft, fluffy kind. But to the boy, it's good enough.

Nathaniel's snow suit is from 2011 when he was two years old so it barely fits. It didn't snow in Indiana back in 2012 when we went home for Thanksgiving so we didn't need to get him one then. And when they were hit with multiple feet of snow last year (and still going on!), we ended up not going home and stayed in Georgia instead getting the house ready for rent.

And you know Nathaniel is not used to the snow when he treats it like dirt ;) Every time snow sticks on him, he wants us to clean him off because he's dirty. Oh, you poor Southern child. But I'm glad he was able to partake in winter activities. Now, bring on the warmer temps! The little one has been asking to go the beach!