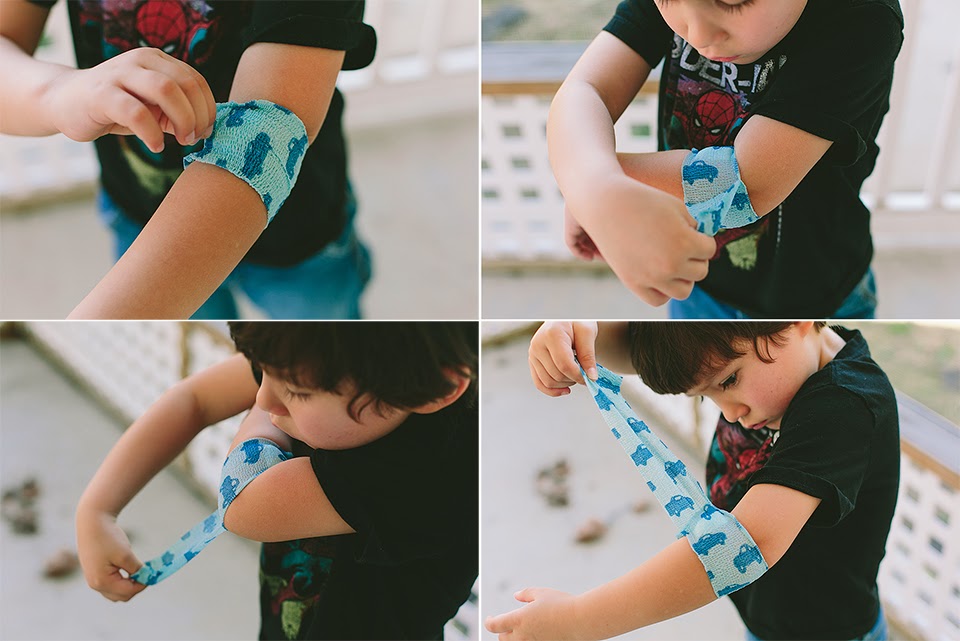 Nathaniel's iron level was borderline anemic during his quick finger-poke test at the clinic, which was done during his four year old well child appointment. The pediatrician said the result usually comes back normal when done using the definitive test but he would rather be safe than sorry. Well, we had such quite a traumatic experience after receiving four immunizations (one on each limb!) that I made Hubby take Nathaniel this time.

I purposely made him wear his Spider-Man shirt so he can be brave like the superheroes. And Dean said Nathaniel actually did fine. Obviously he cried (I mean, I would too if it wasn't embarrassing for a grown woman to do) but Nathaniel didn't even notice that they have already started. In fact, he was pretty shock when he found out they were done and said, "Oh, that didn't hurt."

Daddies can be too much of "tough love" sometimes and told Nathaniel what was going to happen while they were still at the waiting room. But Nathaniel also misunderstood and thought they were going to take all of his blood. Kids are so funny sometimes. They take everything so literal! Anyway, his CBC results are back and I am happy to report he is not anemic :)