By Diana January 16, 2011
Nathaniel was diagnosed with his first ear infection last Wednesday. I know we are very lucky that at 13 months old, we are just now experiencing this too common childhood sickness. I am even more thankful because he is not handling the antibiotics' "side effect" too well. 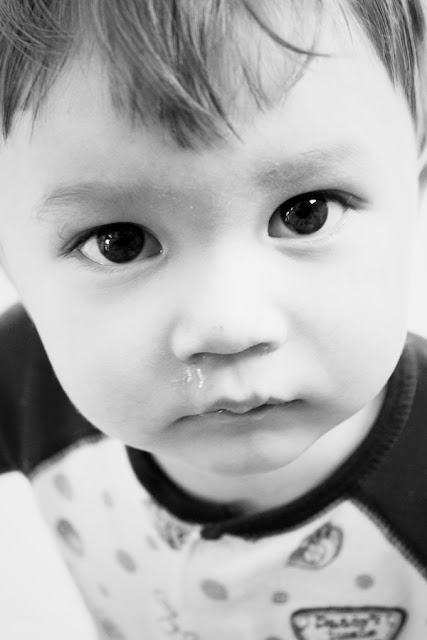 Isn't he still adorable? Snot and all?

See his prissy, side-seat? It's because his bottom is so painful and raw. For the past few days, Nathaniel is diaper-less for most of the day. We're going through pants and shorts like crazy but I guess we're saving on diapers. 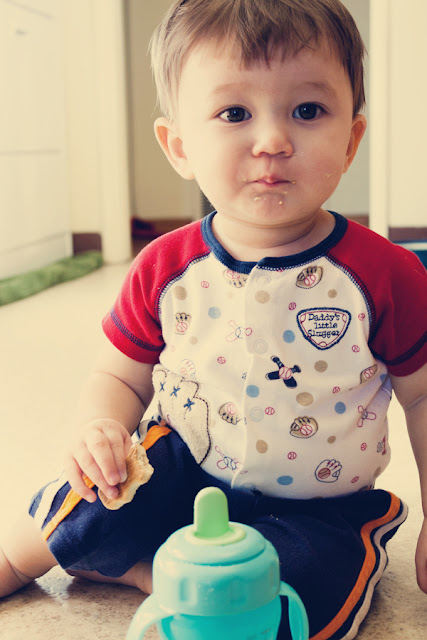 These were also taken before Nathaniel developed a fever because now he doesn't have an appetite. Despite the alternating acetaminophen and ibuprofen regimen, his temperature is still lingering in the high 99s to low 100s. 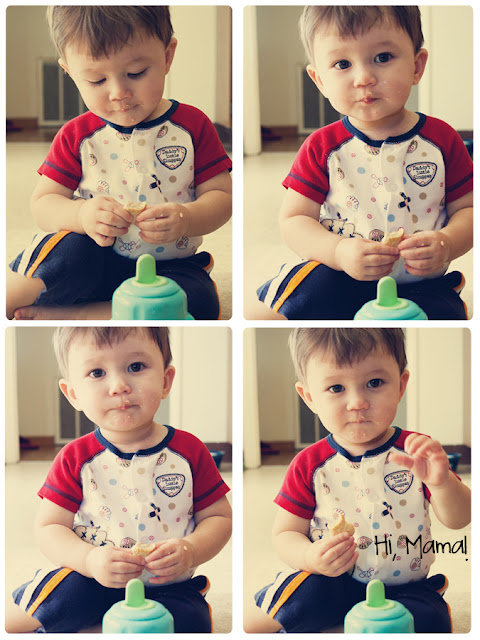 And even though I know he feels miserable, he is still such a loving baby. Yes, he has his moments of fussiness but most of the time, he just wants to play. 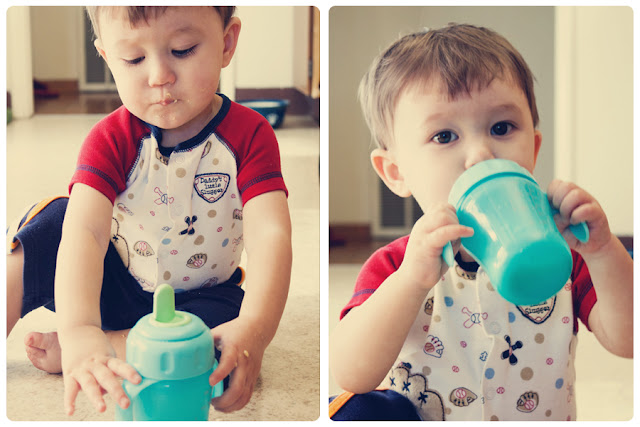 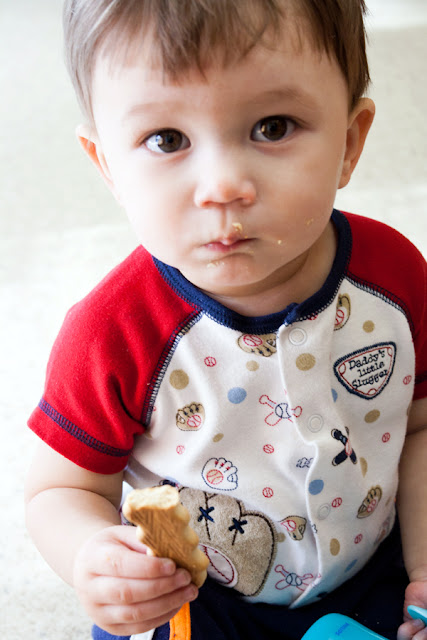 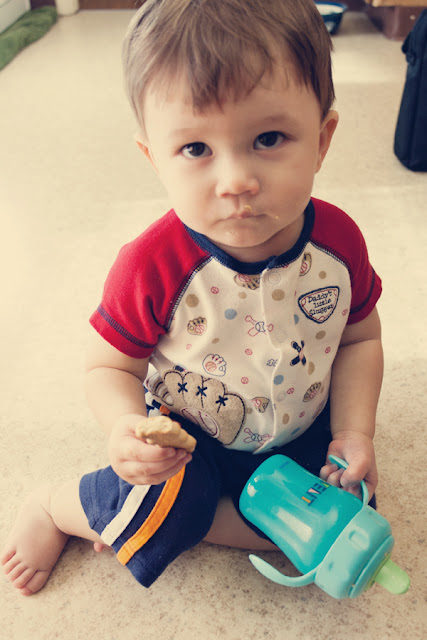 Just one more then. 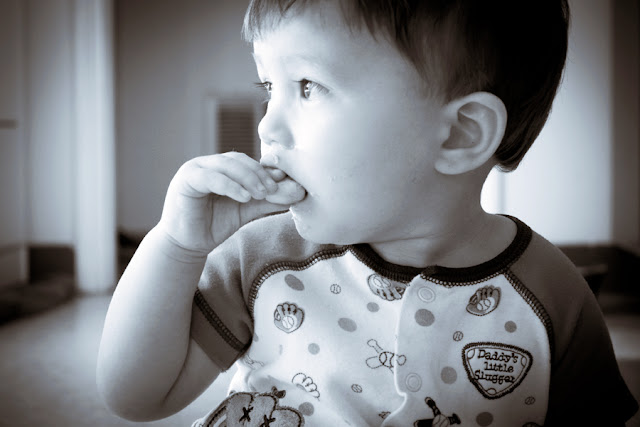