By Diana October 30, 2011
Nathaniel had a little accident during the Halloween party I held for the little kids last Saturday. The little children were coming in and out to the backyard were a jungle gym/slide is located. Nathaniel tripped on his way outside and his head hit the sliding glass door tracks. He landed so perfectly on the tracks that he also cut his forehead on top of a goose egg. 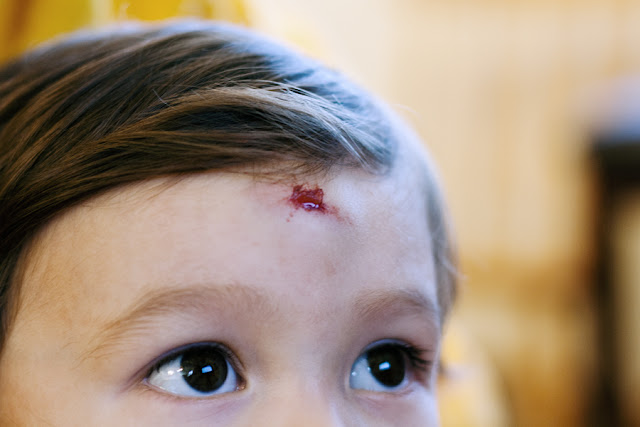 At first look, the cut seemed deep but surprisingly (and thankfully!), it didn't bleed too much. I worried mostly about head injury and as former Neuro-ICU nurse, I immediately thought of the worse. Concussion? Brain contusion? Epidural bleed? Increased intracranial pressure? Herniation?!?! He did become lethargic (which worried me at first) but it was because it was time for his nap anyway. But just to be sure, we kept him up for two hours. 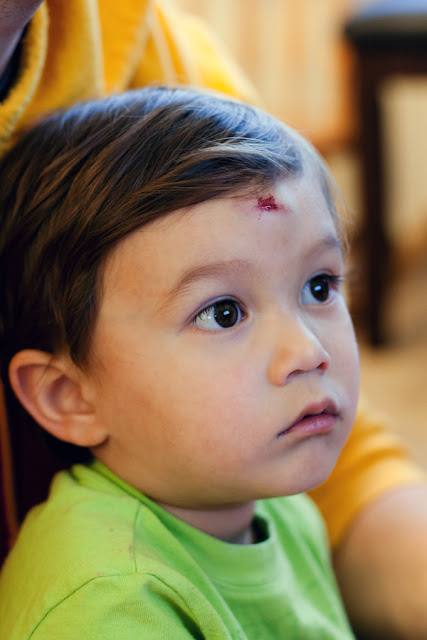 I was very thankful that I had Mommy-friends with me because I seriously forgot everything I learned in nursing school and just went into Mommy-panic mode. I was getting lightheaded just seeing my son cry with a huge bump and a cut on his head. I still get shaky just thinking about it! 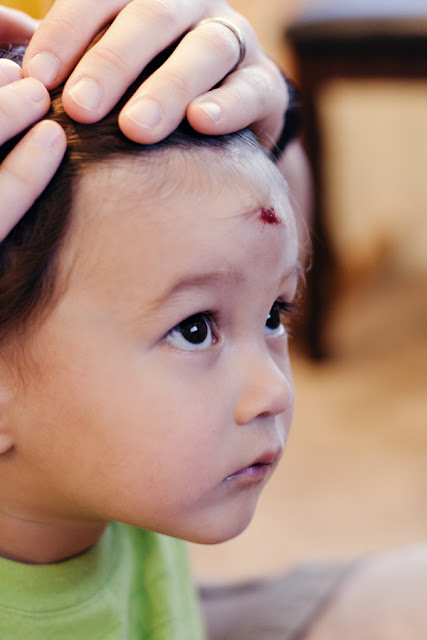 He seemed alright and acted normal for the rest of the evening but we still ended up going to emergency room just before his bedtime :( We were cleaning his cut and noticed that it was still pretty open and worried that he may need something to close it up. 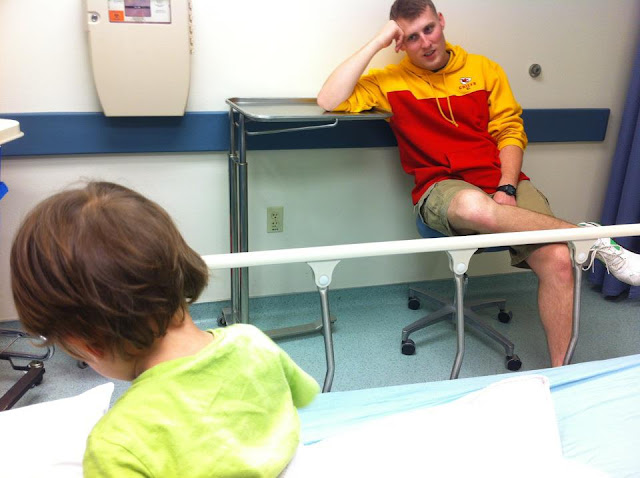 I cried on our way to the hospital just thinking about my boy getting stitches. I felt a nauseous and came pretty close to throwing up. It's amazing how I have seen and TOUCHED brain matter before and yet when it comes to a little cut on my son, I freak out. 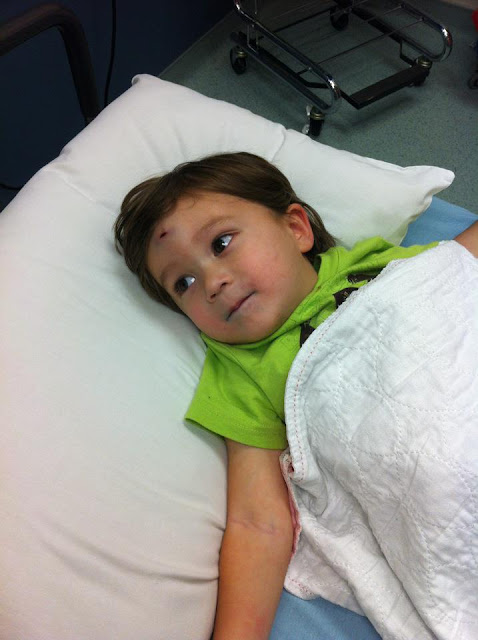 Nathaniel saw the gurney as soon as we walked in our room and said it was time for "Night, night!" He also insisted to use the Chux as a blanket even though I really, really don't want him to just based on some of the nasty memories I have with them when I was an RN. But in the end, his Daddy tucked him in. 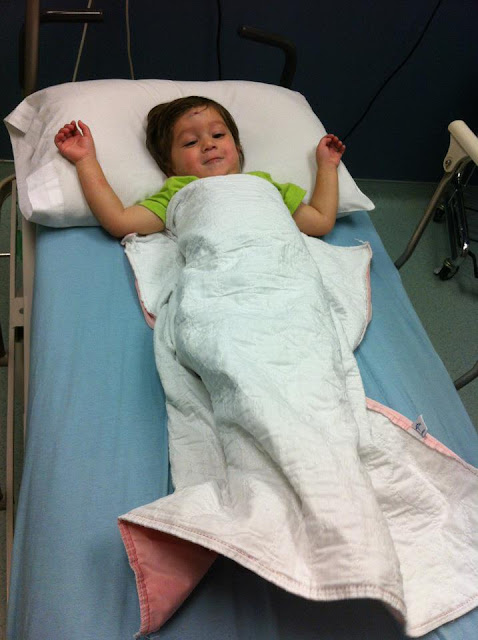 Thankfully, he did not need stitches and a few Steri Strips was all that was needed. The doctor also didn't think he has any major head injury. In fact, Nathaniel is sooooo well that he was flirting with the pretty nurses! He was crying when we had to hold him down so we could clean the wound but a pretty nurse walked inside the room and he immediately stopped and started smiling and laughing! 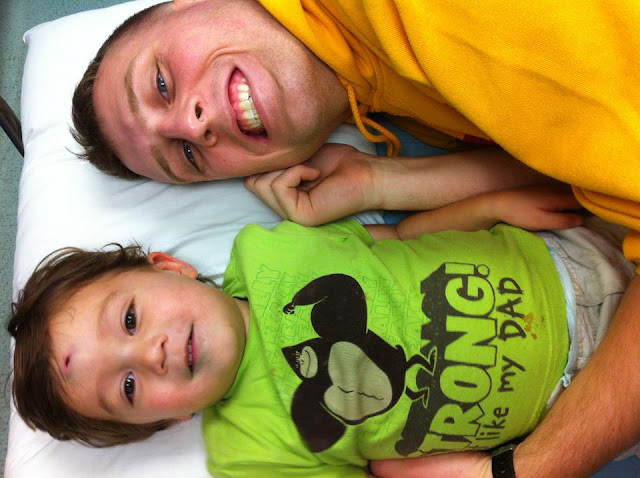 Unfortunately, Nathaniel tripped again while we were loading our stuff in the car this past Friday for our trip to Houston. He fell on concrete this time so he scraped the skin on his head on the same spot. Other than being clumsy and top heavy (like normal toddlers because of their huge head!), I'm convinced his sandals are also major contributor to the recent accidents so we are going to retire those. I'm praying for no more injuries and hopefully not big scar---although I have been told many times that apparently ladies dig scars on guys so I guess Nathaniel has that going on.