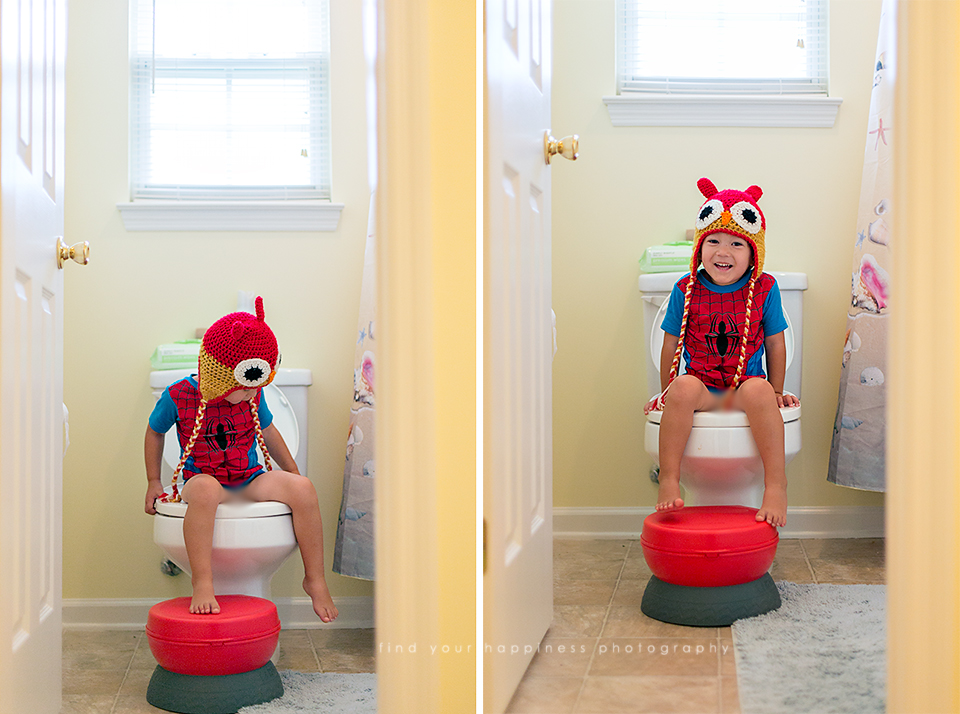 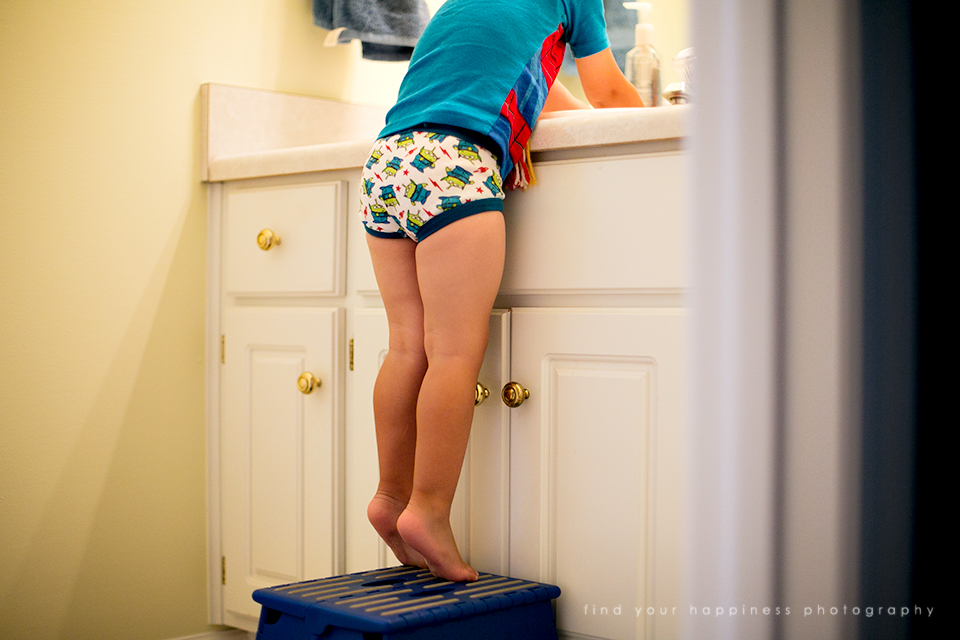 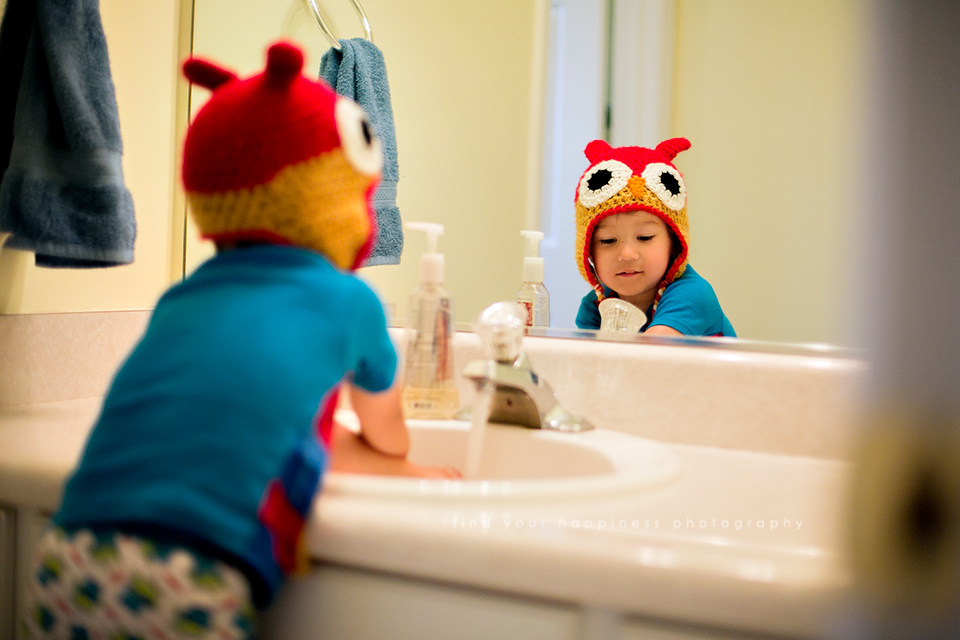 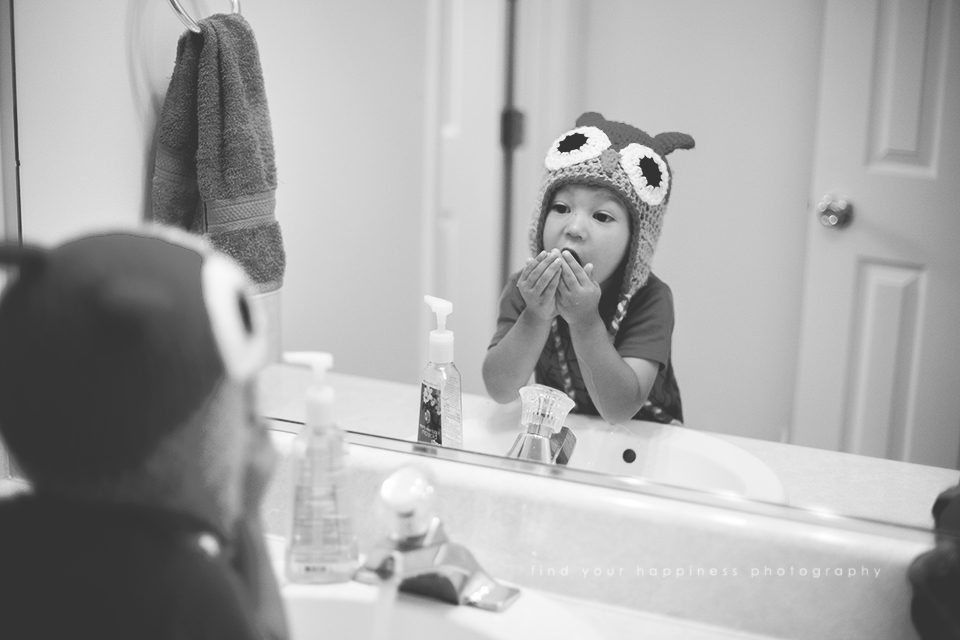 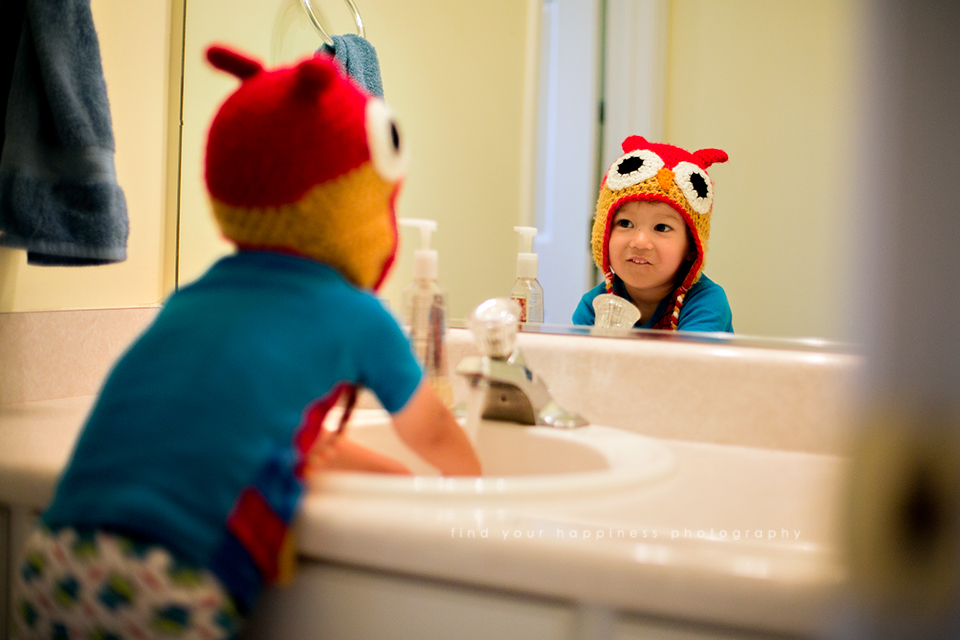 A month ago, we set the timer to alarm every 30 minutes and let Nathaniel roam around the house butt-naked. It was our reminder to make him sit on the potty, whether he needed to go or not. He did very well and only had one accident---he told us he needed to potty but he was already peeing. Ooopps. We increased the time every few days once he was aware that he pees on the potty, not the diaper. A week later, he was completely diaper-less at home with no accidents. I wasn't ready to take him out without a diaper yet---mostly because I dread taking him to a public restroom (shudder). But he is. We have been out several times either on play dates or shopping and told me he needed to go. I reassured him he can go on his diaper but he refuses to. I guess when kids are ready, they are ready. He even told us he needed to potty when we went swimming last Monday. He really loves wearing big-boy underwear and loves to brag about successfully using the potty and washing his hands. I'm so thankful we didn't need a reward system except praises. And I hope our trip to Indy next week doesn't hinder his progress.