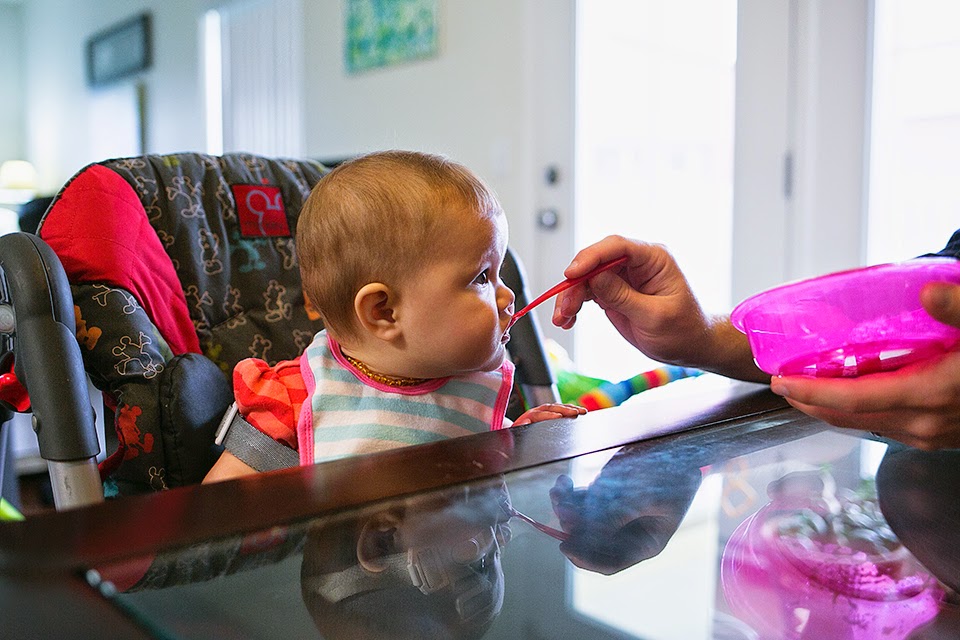 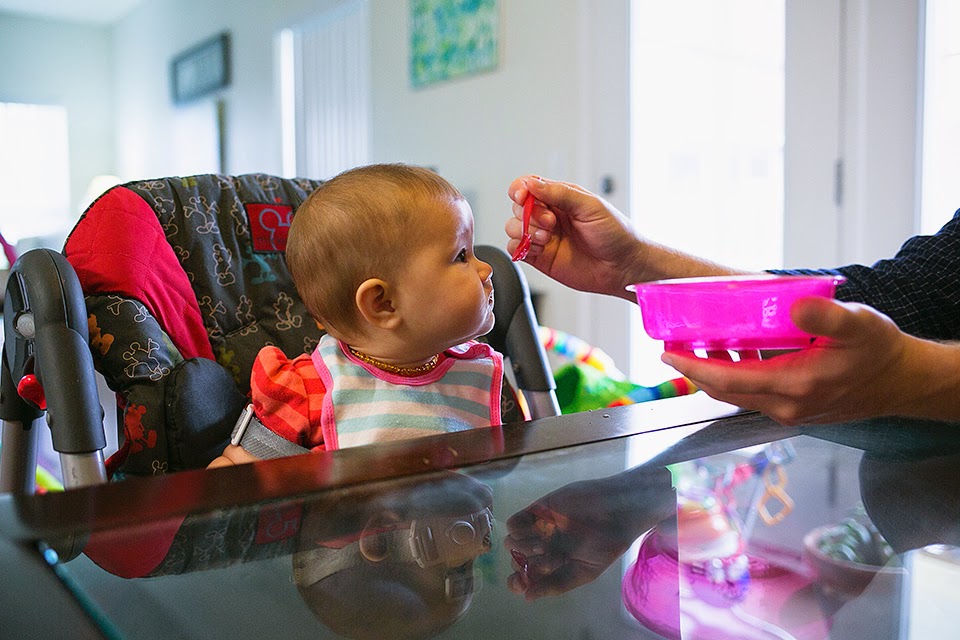 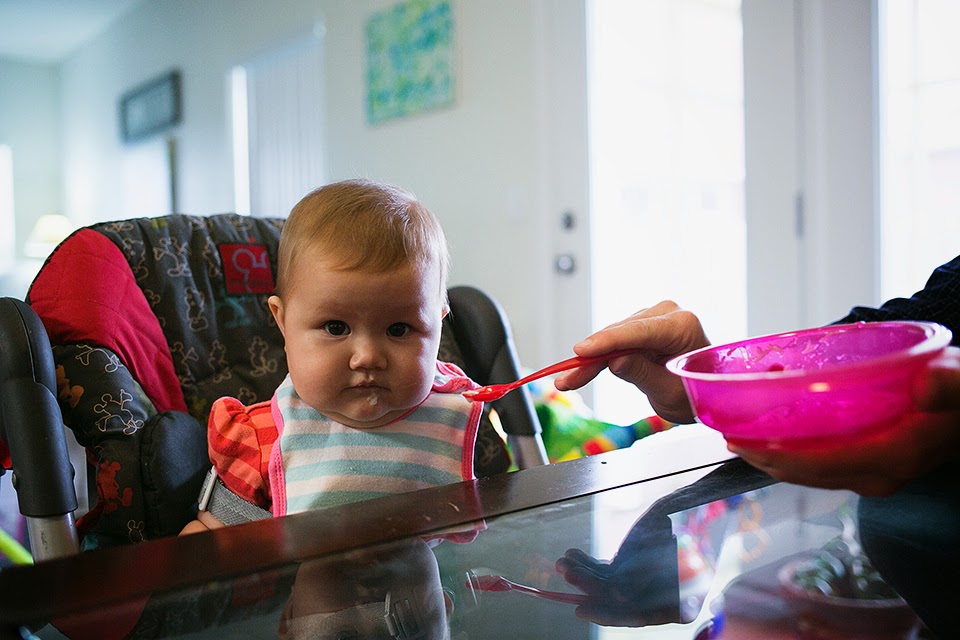 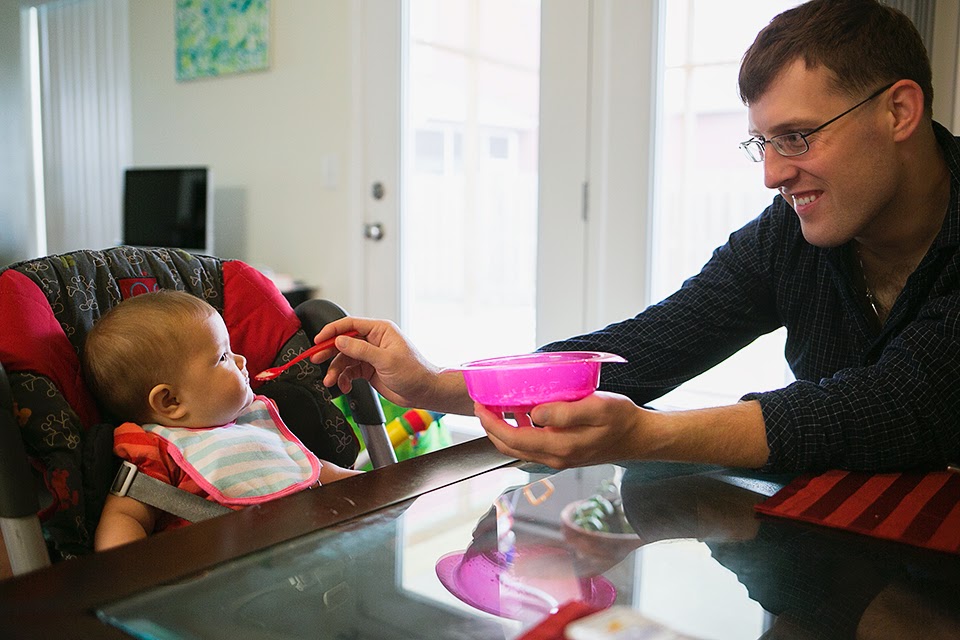 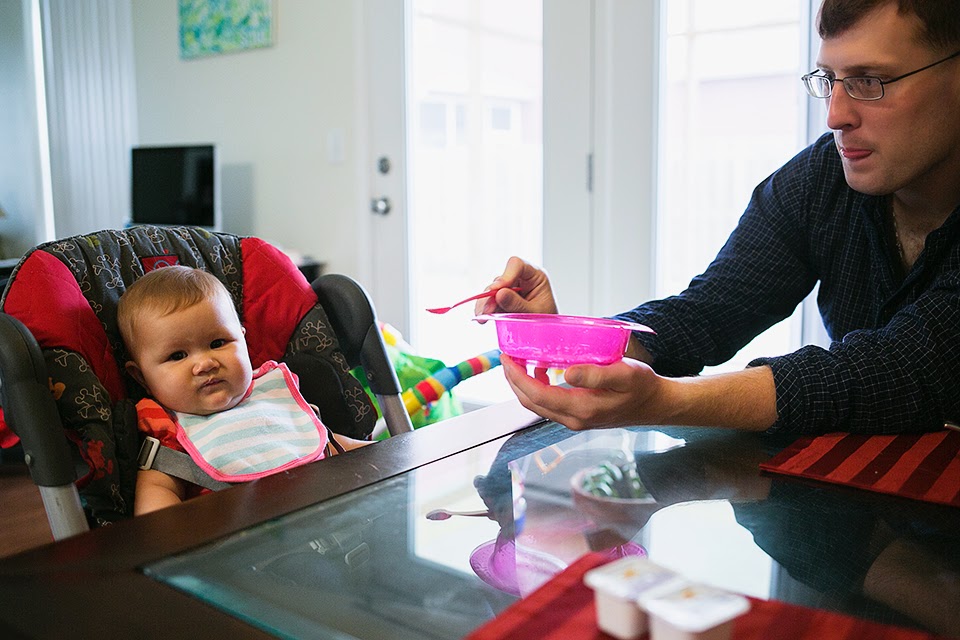 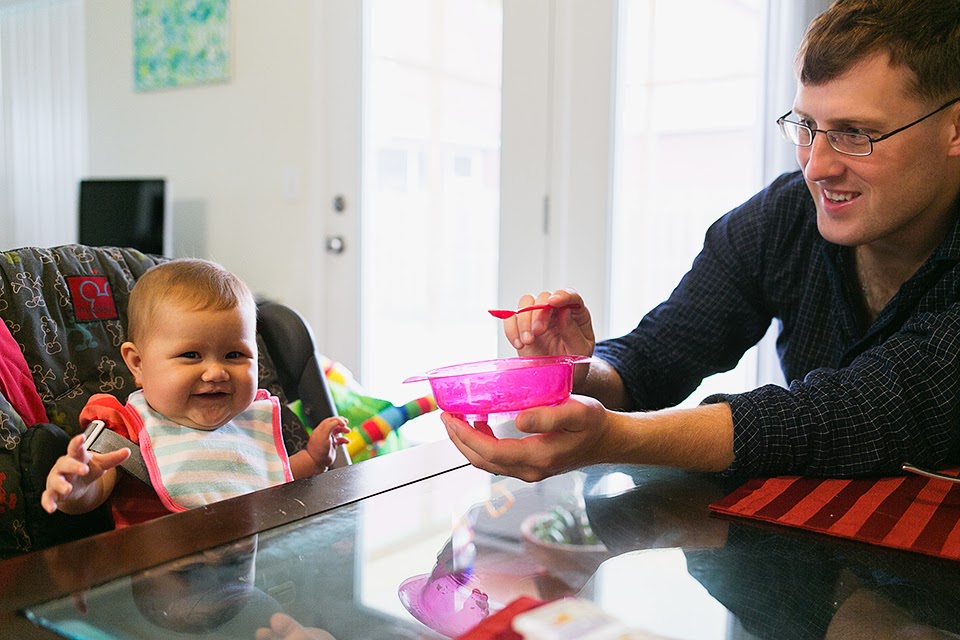 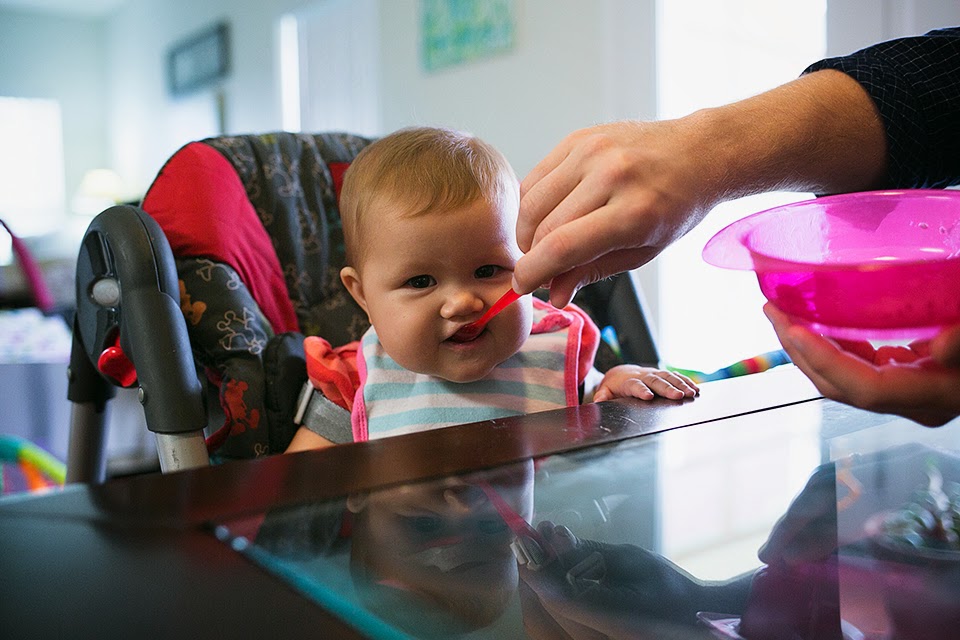 This weekend, Amelia had her first official solid food. I figured since she is almost seven months old, I probably should start offering it to her more seriously. I was going to introduce it to her a few weeks ago but we were all hit with some nasty plague bug and it took Amelia weeks to recover. In fact, she hated taking her medication (Tylenol, Amoxicillin then switched to Augmentin) that she was gagging and spitting everything up. I was very worried developed an aversion to food.

Unlike her older brother, Amelia has no issue eating rice cereal mixed with just water. (Nathaniel preferred his food warm and mixed with breast milk). She was confused at first as expected but quickly figured out what to do. I still can't believe we are already at this stage. Everything seems to go so fast this time around!