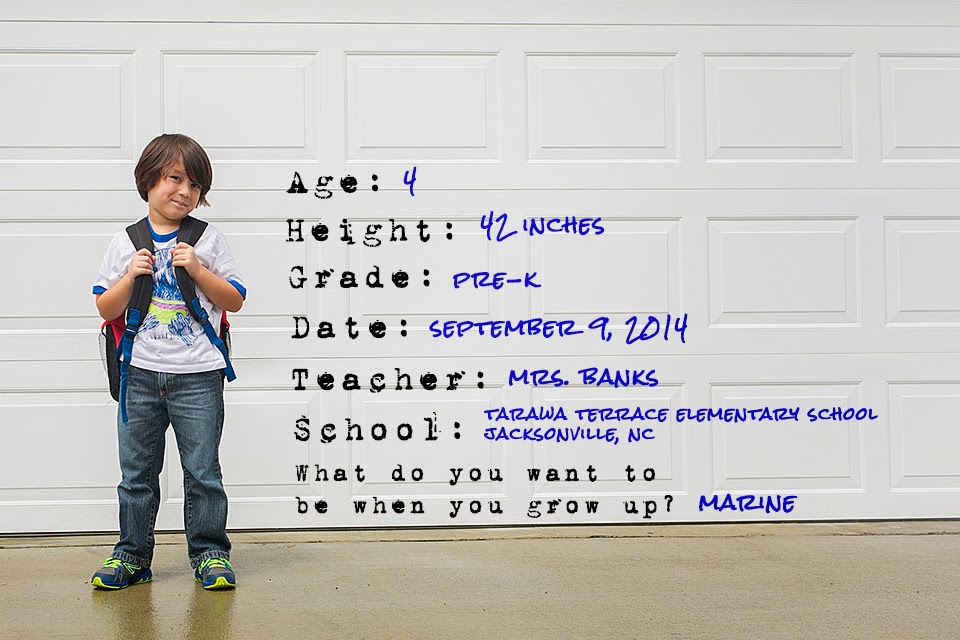 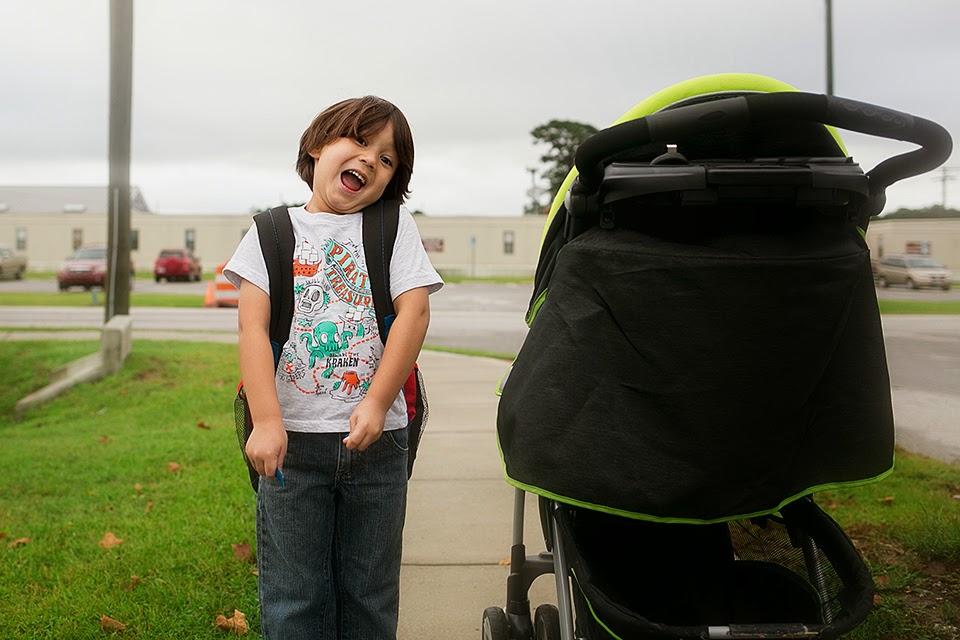 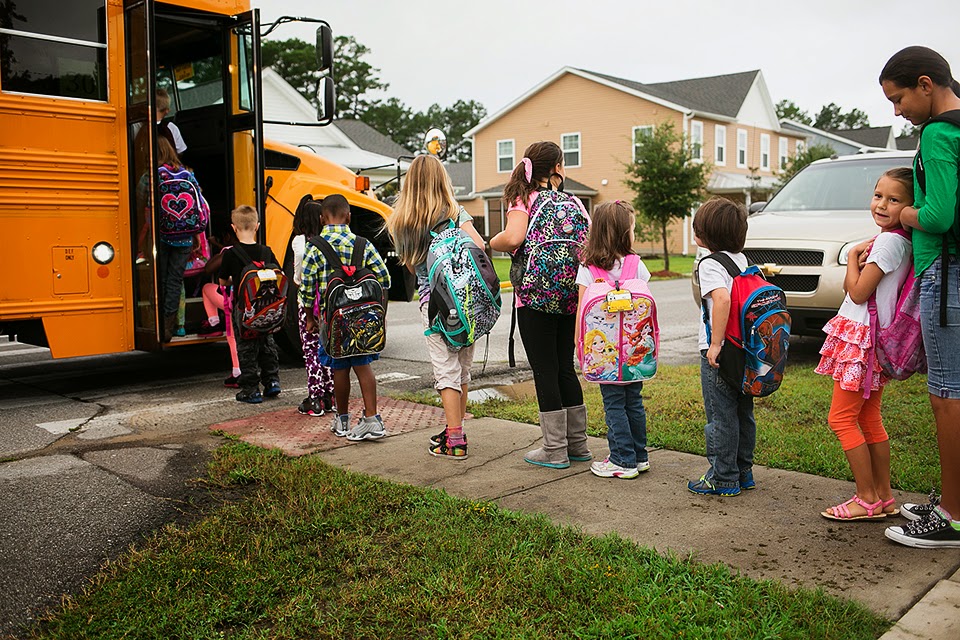 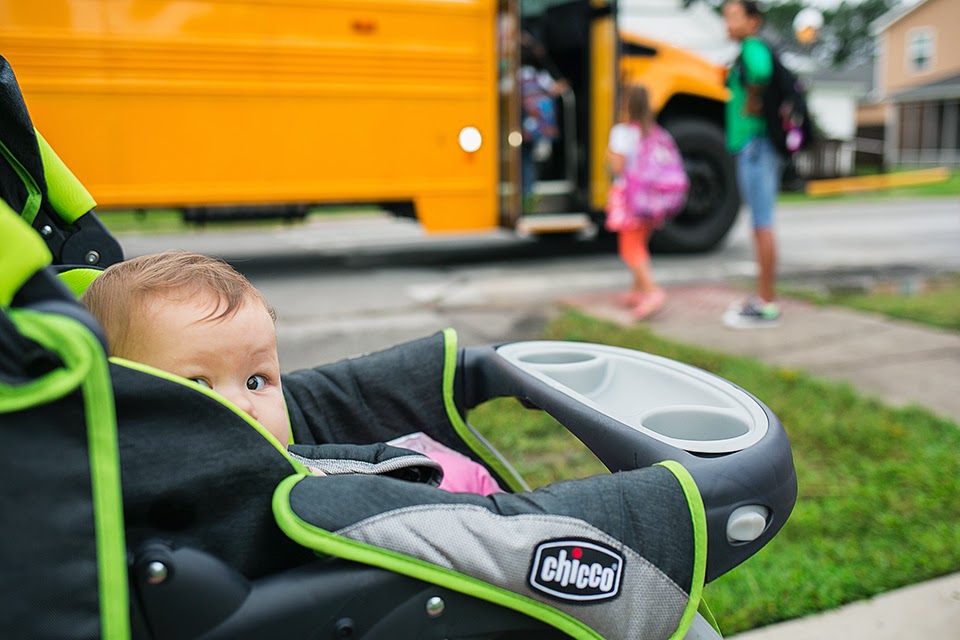 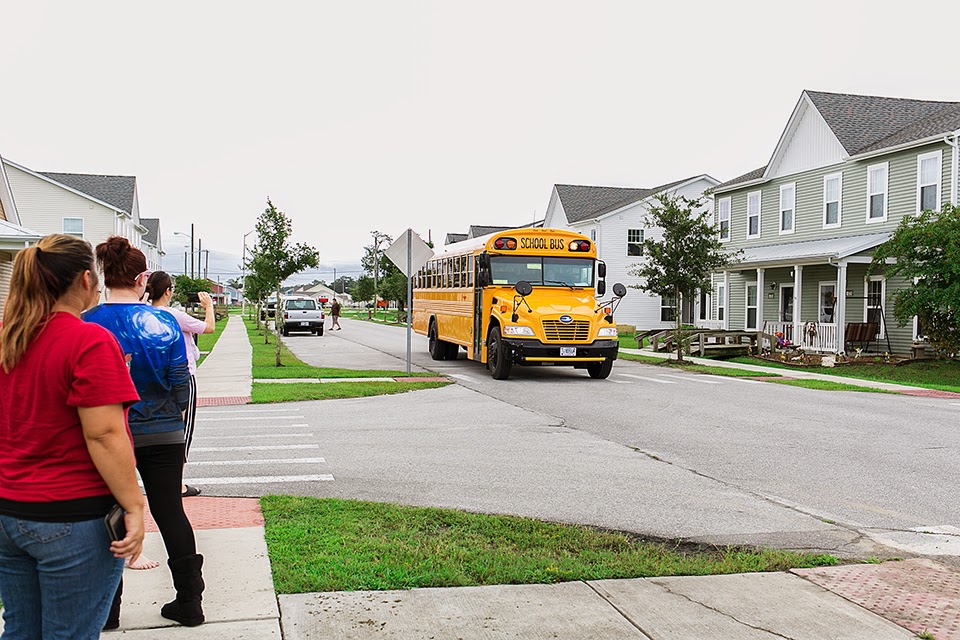 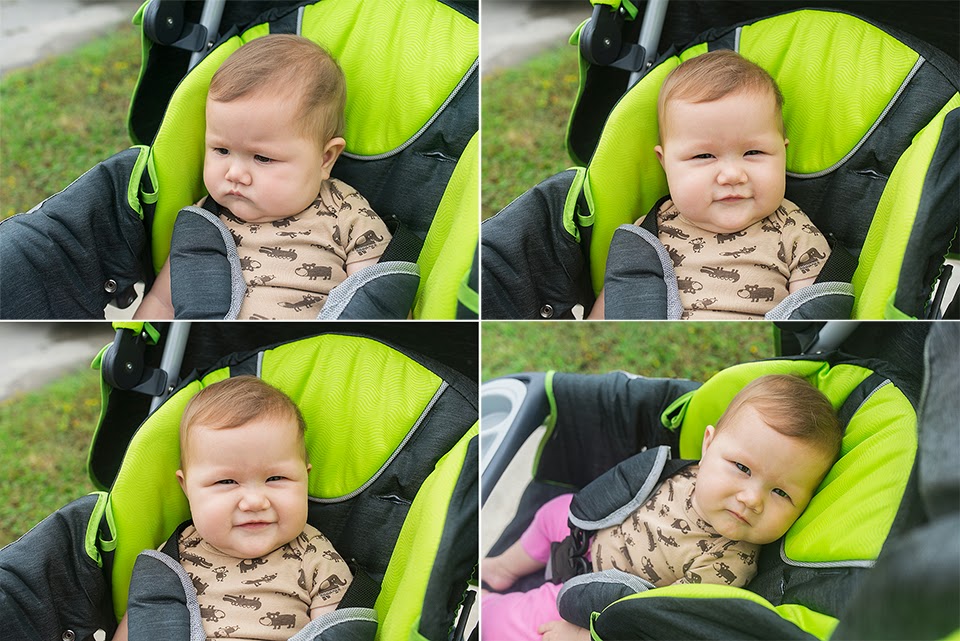 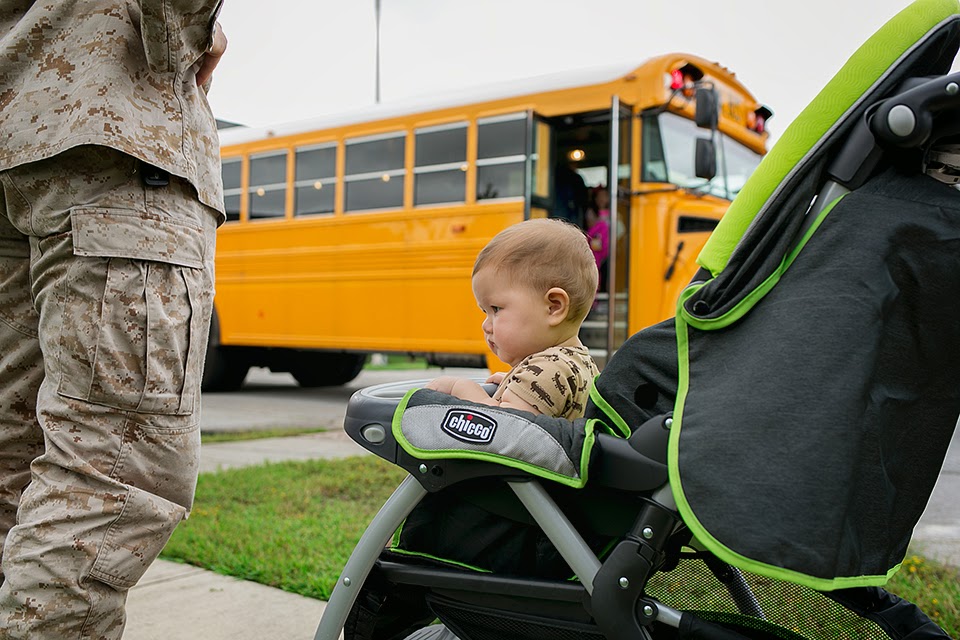 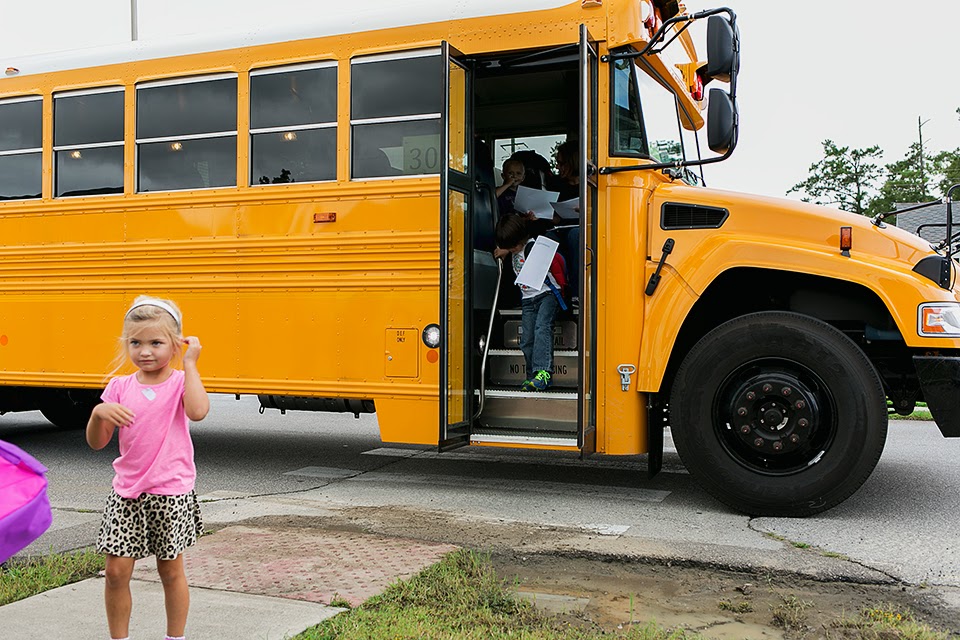 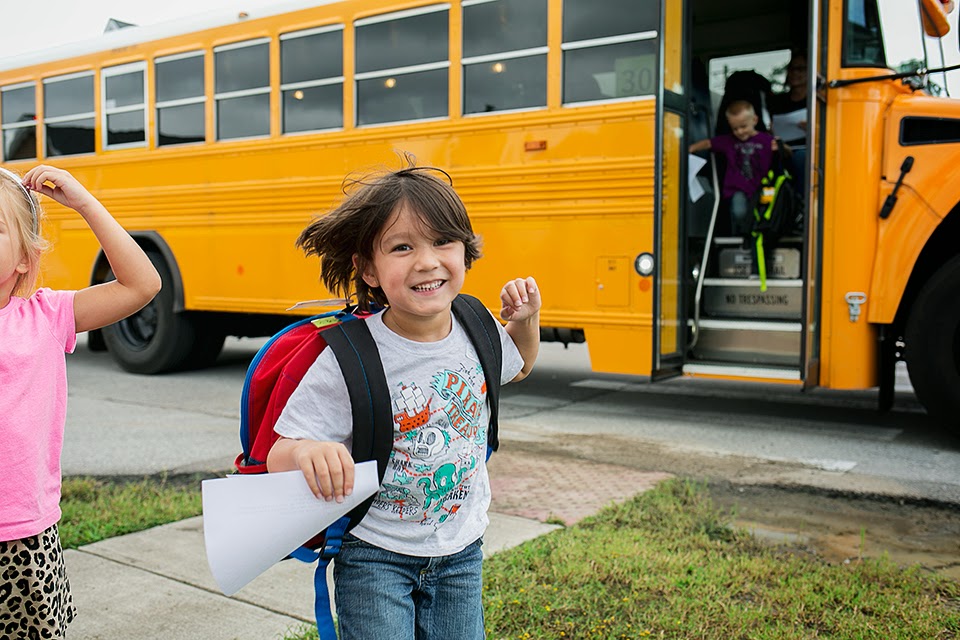 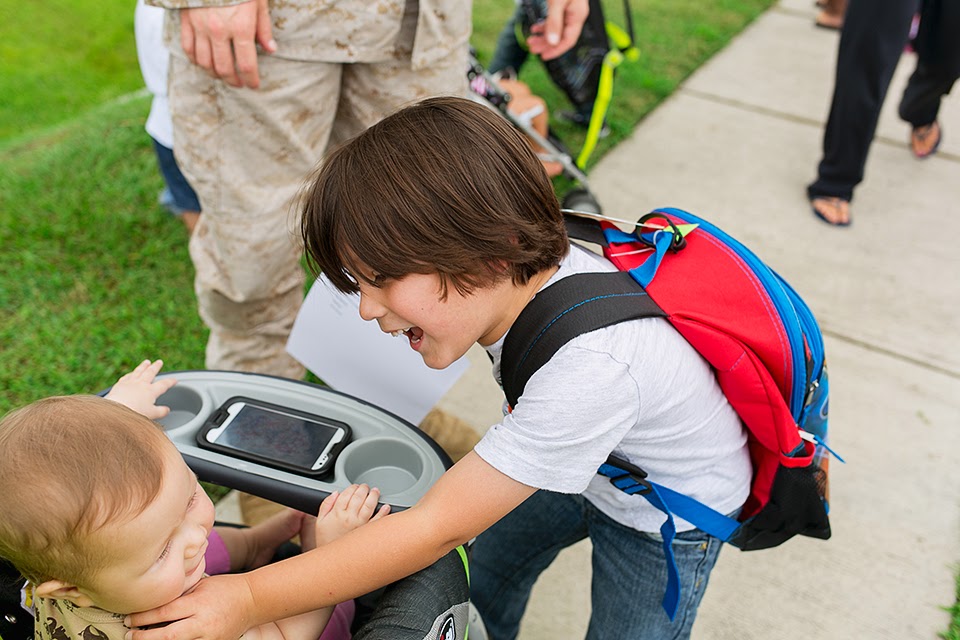 Today was Nathaniel's first day of school. To say he was very excited would be an understatement! He has been begging us to move back to Georgia because he has a school there (Mother's Day Out program) and none here in North Carolina (we moved from GA to NC in January). But Nathaniel's enthusiasm about going back to school mainly comes from being able to ride the school bus! I am against it and nervous about him riding the school bus because I think he is still too little. And I completely do not mind dropping him off and picking him up. But I was outvoted by Hubby and he also says it builds character. And in the end, Nathaniel did great and I survived (I won't even tell you how early I arrived at the bus stop to pick him up). Nathaniel absolutely loved everything about his first day---and the school bus may just be the main highlight.