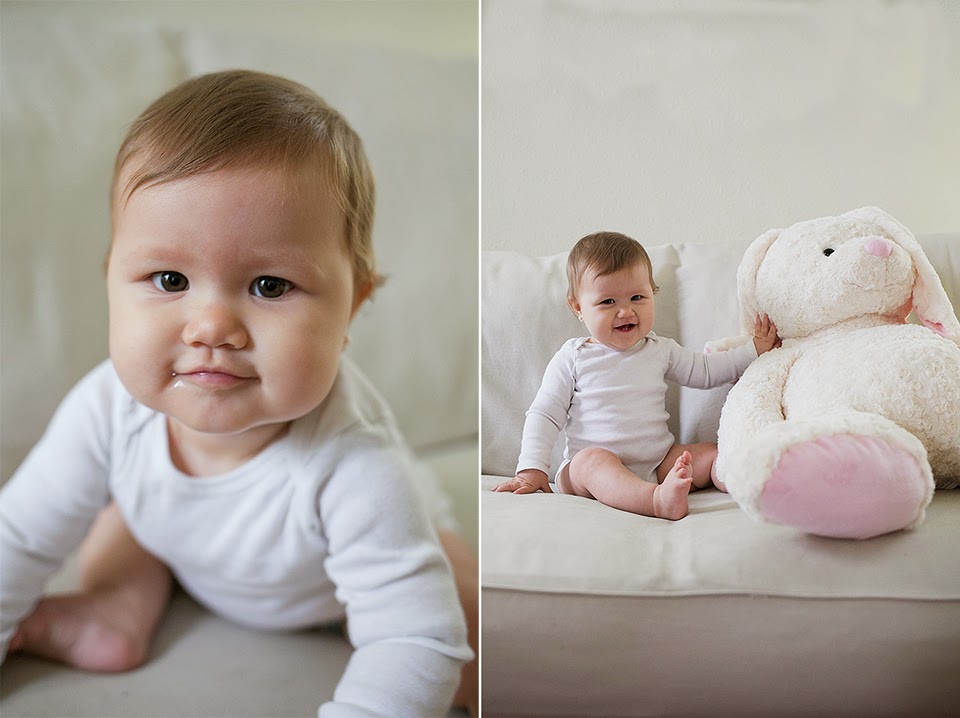 Amelia is nine months old yesterday! It is getting very difficult to take her monthly photo because she is such a wiggle worm. She was either trying to crawl or pushing her bunny away. I will definitely need a spotter from now on!

Amelia was sick again this month. The breathing treatments and essentials oils kept it short live but there were one or two nights were neither one of us was getting any sleep or rest. She kept having coughing fits and wheezing.

We had her ears pierced this month! Hubby picked pearls to match mine. And Amelia handled it way better than I did. She only cried for a few seconds whereas I was a mess before and after. She didn't mess with them afterwards either and they have since healed quite well.

Amelia experienced her first Halloween and Trick or Treating this month, too! She was Little Red Riding Hood and Nathaniel was the Big Bad Wolf. Amelia was a trooper and handled the cold, long night as Kuya went trick or treating.

She loves to play with door stoppers and is pretty much finished with baby food. She eats whatever we eat! Amelia isn't properly crawling either unless it is on carpet. If it's hardwood floors, she scouts on her bottom and sometimes does this full 180 split.

We are still co-sleeping and she still wakes up several times in the middle of the night to eat. Hubby said it's probably time to start letting her sleep in own crib after our trip to Wilmington and Georgia in the next couple of weeks. I'm ready and not ready at the same time!